Home5G5G - The Technology Behind The Network Of The Future
5GTECHNOLOGY

5G – The Technology Behind The Network Of The Future 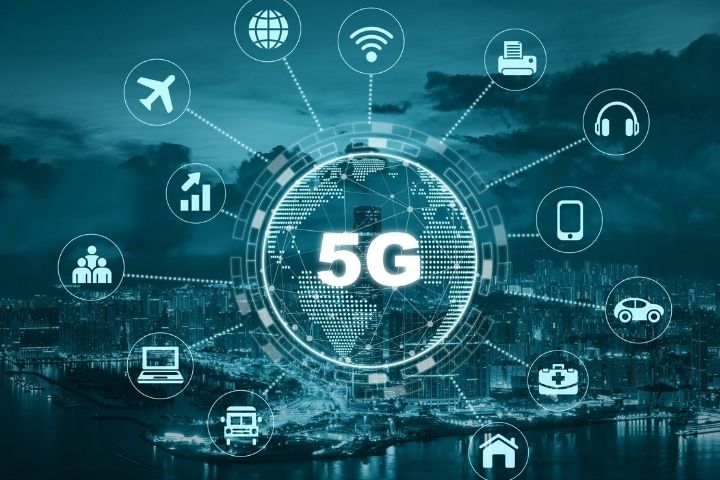 5G is the 5th generation cellular standard and thus the successor to LTE. 5G will support technical functions that are simply not possible with the previous networks. We’ll show you what the new network can do.

5G is also an evolution because in the long term it is intended to replace almost all previous cellular networks. In Switzerland and other countries, GSM has already been partially deactivated and LTE and 5G are drifting closer and closer to each other. Germany will switch off UMTS this year. Up to now, GSM, UMTS, and LTE existed as three networks side by side and only stepped in for each other if one of the network standards was not available.

What is special, however, is that the real 5G networks (5G SA) will also enable so-called network slices in the future. This means that the networks are expanded and optimized for a specific function: data throughput, low latency, and a low-energy network. There are also guaranteed service levels within these network functions. 5G networks are therefore much more closely meshed in the planning stage.

The downside: there will be even more cell towers on roofs and fields in the long term. At the same time, antennas that only cover small areas in cities are also becoming smaller and ideally only the size of the palm of your hand. Ultimately, the lines to the transmission masts must be prepared for 5G. Radio links will no longer be sufficient in every case in the future.

All three network operators already work with 5G and offer you a corresponding network. However, it is not a real 5G network with all its possibilities, just a different form of data transmission. The 5G network still needs the LTE network to work. One speaks of a Non-Stand Alone Network – NSA for short. Only when the networks work alone and the technology behind the transmission masts has also been converted can 5G make full use of its potential. This is then referred to as 5G SA. The first 5G SA network that can be used by end customers went into operation in Germany in April 2021 by Vodafone.

If a terminal device is to receive a response to its query from the network within a millisecond, this only works if the transport network is appropriately equipped. The problem: Even if the entire transport network consists of fiber optics, the speed of light sets limits to the low latency.

It is generally assumed that a signal takes around 1.6 milliseconds for a distance of around 500 kilometers – i.e. the distance between Berlin and Frankfurt. The signal not only has to go from Berlin to Frankfurt, but the answer also has to go back to Berlin. The response time is 3.2 milliseconds and thus well above the requirement of a millisecond.

The result is that the 5G mobile networks are structured differently and do not rely on central data centers in Frankfurt or even the USA. So-called EDGE cloud computers will move much closer to the transmission masts than is the case today. It is conceivable that there is a mini data center on a motorway about every 50 to 100 kilometers, which sends the most important information to the self-driving car within a very short time. It is unclear whether each mobile phone provider will set up these EDGE servers themselves or whether partnerships will arise. A third party may be doing the job.

5G will also revolutionize industrial systems. Robots can be used more flexibly when they communicate by radio in large halls. Some of these networks are set up by the companies themselves, The networks in the halls and on the premises, however, remain self-contained networks on their frequencies. Public use is even prohibited.

5G is always about high data rates. How fast the 5G network can and will be in its broadband slice depends on many factors. Probably the most important: the available frequency spectrum.

But regardless of the general conditions: a link via radio link will often no longer be sufficient for the transmission masts. More or less every cell phone transmitter is connected via a fiber-optic network. This will also have an impact on the classic broadband expansion. Because a fiber optic link that is laid to a transmitter mast on the roof of the house can of course also be used to supply the house with the internet.

One of the most important functions in the upcoming 5G SA network will be the network slices. It’s not just about mapping the three functions broadband, sensors, and latency. But also about the fact that own logical networks are set up within these functional areas. This is done purely software-based by the respective network operator.

It is then possible to set up special service levels within the slice for special machine applications. These are guaranteed to be reserved and are not influenced by other networks or users. A network slice for controlling traffic lights is used as an example. This control still works and within the guaranteed time if numerous other users are in the 5G network at the same time and are performing downloads. Because before data packets go to an air interface, the control prioritizes them according to their importance.

It is important to understand that this is not about preferring or discriminating against Netflix & Co. over other web services. Rather, the operators guarantee that highly sensitive applications: networks of police and rescue services should still work even in large locations. Even if the population makes massive additional demands on the networks. The population’s network continues to operate according to the principle of network neutralization.

However, it would be conceivable that parts of the network’s capacity could be diverted for special applications. Another example of this could be mobile TV cameras in the stadium or at a major event. To do this, the network operator would have to set up a local network slice that the TV broadcaster or production company would have to order and pay for. In return, they can be sure that their TV images will reach the broadcast studio without having to set up their radio links with the corresponding license requirements and the associated technology.

Beamforming is one of the antenna technologies that should significantly improve the use of 5G. Beamforming is already being used in parts at LTE. For example, Vodafone supplies its stationary Gigacube Internet receiver with beamforming. But what is beamforming? This is based on active and intelligent antenna technology. It can supply numerous customers reliably and in a targeted manner with high bandwidths at the same time.

The 5G beam technology combines up to 128 specially arranged tiny antennas in the smallest of spaces. The individual antennas are not only particularly small but also intelligent. You always know the best air interface to reach customers directly. The individual “beams” are bundled in an antenna and are aimed specifically at the receiver. If the receiver moves, the beams track the customer. However, if many customers are out and about in a large square, this only works to a limited extent. Alternatively, the network bundles several customers in a spot beam.

Can Existing Technology Continue To Be Used?

Much technology that has been installed in cellular networks in recent years can be used for 5G. The network operators, therefore, like to talk about that they are “5G-ready”. For example, Telekom is converting its transmitter masts to a technology called Single-RAN. This means that frequencies and standards can be dynamically commissioned and relocated at individual locations without a technician having to work on-site. This single-RAN technology is also used by Telefónica and Vodafone, but none of the providers already have it nationwide. Of course, the fiber optic routes that have already been laid can still be used.

The specific 5G hardware that produces the actual signal and provides the features, however, needs to be rebuilt. This also applies to antennas for the frequency range of 3.5 GHz, which the providers have to rebuild.

A 5G stand-alone network that enables all 5G options and does not simply bring more data capacity also requires additional expansion in the provider’s core network. To put it simply, the switching technology must be made fit so that the data in the new 5G network can be processed accordingly and low latencies and network slicing are even possible.