HomeTECHNOLOGY8 Technologies To Keep An Eye On In 2021
TECHNOLOGY 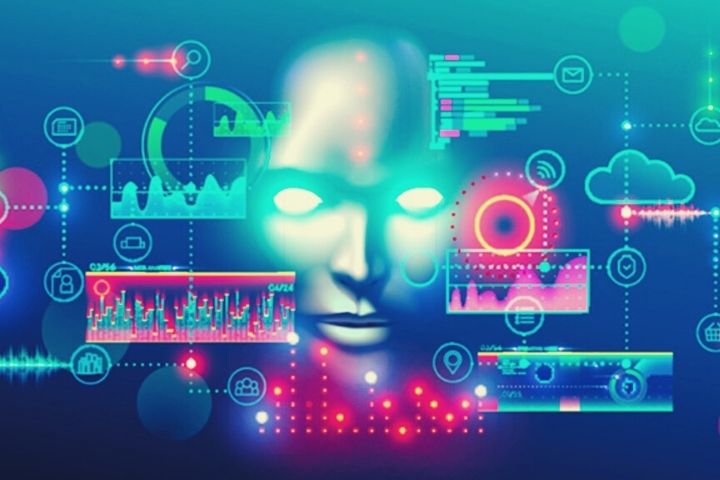 The MIT magazine has chosen a series of tools, services, and applications that could soon enter our lives, changing them.

The  MIT Technology Review of the Massachusetts Institute of Technology, one of the most authoritative and well-known US universities globally, has listed several technologies whose applications could have important implications for our lives in the short term. The magazine’s first compilation of such a list dates back to 2001, “a period in many ways glorious for science and technology.” Since then, every year, a new list has pointed out the emerging areas of innovative research that could “change the world”: the first on the 2021 list is already doing so.

The first two vaccines authorized in the West against coronavirus, those from Pfizer-BioNTech and Moderna, were developed thanks to a technology that researchers have been working on since the 1990s.

They are vaccines based on messenger RNA (mRNA), the molecule that encodes and carries the DNA’s instructions to produce proteins. Those proteins stimulate the immune system to produce specific antibodies, preventing the proteins from entering the cells when exposed to the virus.

As early as January 2020, based on the first information then available on the virus discovered in China, the German biotechnology company BioNTech and then others judged messenger RNA as a potentially beneficial technology to fight COVID-19 outbreaks around the world. A little less than a year later, drug regulators approved the first vaccines.

mRNA-based vaccines have never been used in therapeutics before, let alone on such a large scale. Still, according to MIT Technology Review, they could enable medicine to make significant progress against various infectious diseases, including malaria.

The ability to modify them easily and quickly could also be an essential advantage against coronavirus variants in the future. Other potential uses for messenger RNA are currently being identified and deemed promising for the ‘low-cost correction’ of cancer, sickle cell anemia (a genetic blood disorder), and possibly HIV.

GPT-3 is a language model that uses deep learning techniques to generate written texts that are potentially indistinguishable from those produced by a human being. It is based on a large amount of data used to complete a text starting from human input.

Last September, the Guardian published an article entirely written, with incredible realism, by GPT-3. In October, the same language was used to allow a fake user on Reddit to interact for a long time with other real users before being discovered due to the speed with which he produced very long texts.

This technology requires an enormous amount of computing power, data, and training money, which is essential to reduce the likelihood of meaningless results.

GPT-3 is believed to be the most impressive language model ever produced using machine learning. Still, because it uses data from thousands of books and primarily from texts on the Internet, it often inherits elements of misinformation and prejudice from that data.

Algorithms The algorithms that determine the “For You” section of TikTok, one of the world’s first fastest growing social networks from 2016 to today, “have changed the way people become famous online,” writes MIT Technology Review.

Unlike other platforms that tend to highlight the content of broader interest, TikTok has stood out for its ability to give massive prominence to creators of relevant content for small and numerous niches of users who share particular interests.

The technology employed by TikTok has allowed thousands of unknown users to become content creators and get many views in a short time. It is believed to be one of the main factors in its enormous success. For this reason, its algorithms have long been the subject of attention and attempts at imitation by other social media companies.

experts consider batteries. The batteries to be one of the main weaknesses of many industries with a high rate of technology, starting with that of electric cars. They represent in a certain sense the very premise. The difficulties in developing powerful lithium-ion batteries and with long autonomy and duration over time are reflected in a market characterized by still relatively high costs.

A promising technology is lithium metal batteries developed by the Californian company QuantumScape and intended for electric cars. They are particular “solid-state” batteries in which the electrolyte – the substance, usually liquid, which allows the passage of electric current – is precisely a solid material.

The main advantage is the significant extension of both the life and the duration of the non-flammable batteries. According to early QuantumScape tests with prototypes, these batteries should increase the range of an electric car by 80 percent. Under a deal with Volkswagen, QuantumScape’s first lithium metal battery cars could be on the market by 2025.

system for COVID-19 cases has proved to be largely ineffective in combating epidemics in many countries that have tried to use it. One of the main problems emerged from the difficulties of governments and authorities in convincing the population to use this system. But that doesn’t mean the technology is ineffective per se, remembers MIT Technology Review.

The ability to use GPS or Bluetooth to create recently crossed people records remains one of the potentially most effective tools for improving countries’ response to pandemics. In general, contact tracing is one of the areas from which more significant benefits for the population in terms of health care and services could derive in the future.

New location technologies ensure greater accuracy than traditional GPS systems ( Global Positioning System ) used in smartphones. The margins of error are in the order of a few centimeters, while in the smartphone’s GPS, the position can vary in a space between 5 and 10 meters. Last June, China completed BeiDou, a satellite navigation system that provides an accuracy of 1.5 meters anywhere globally.

The use of BeiDou satellites was, for example, crucial for the surveys that have recently made it possible to measure the height of Everest more accurately.

In the future, the new localization systems could make it possible to identify accidents and requests for assistance more quickly and accurately. They could also improve the safety of self-driving cars and the accuracy of the robots used for deliveries. And in the meantime, the GPS, which has been around since the 1990s, will also receive important updates by 2023 with the launch of new satellites into orbit, after those already launched last November as part of the GPS III project.

The measures introduced by governments to reduce the risk of coronavirus infections in many countries of the world have indirectly extended and intensified remote services by the population. Two areas that have been heavily affected by these changes are education and health care.

Both distance learning and telemedicine, albeit with very variable degrees of success depending on the contexts, have made available services hitherto used mainly in person.

Hong Kong-based student mentoring company Snapask has more than 3.5 million users across nine Asian countries. By, an Indian school learning app has nearly 70 million users. Similarly, efforts in Uganda to strengthen the technological infrastructure needed to support telemedicine have extended health care to millions of people during the pandemic, which in many cases can mean saving lives, especially in a country plagued by a chronic shortage of doctors.

Despite conspicuous and celebrated advances, in recent years, artificial intelligence has still shown significant limits in solving problems that require the use of human skills already present in young children.

Difficulties, MIT Technology Review writes, arise when there is to “learn how the world works and apply that general knowledge to new situations.” One of the most promising approaches to solving these problems involves expanding the “senses” of artificial intelligence.

At present, artificial intelligence systems equipped with synthetic vision can collect visual information about the environment but not “talk” about what they see while using algorithms for natural language processing.

An integrated system of artificial intelligence based on multi-sensoriality could acquire a greater understanding of the world around it and become more “flexible” and adaptable to a constantly evolving context.

On the other hand, it would be a way of imitating a fully human model, according to Karen Hao, a data scientist and journalist expert in artificial intelligence for MIT Technology Review. When they begin to associate words with images, sounds, and other sensory information, writes Hao. Children start to build a sophisticated model of the world that can describe increasingly complicated dynamics and phenomena.