Achieve An Impact On Social Media Platforms With These Six Content Ideas! 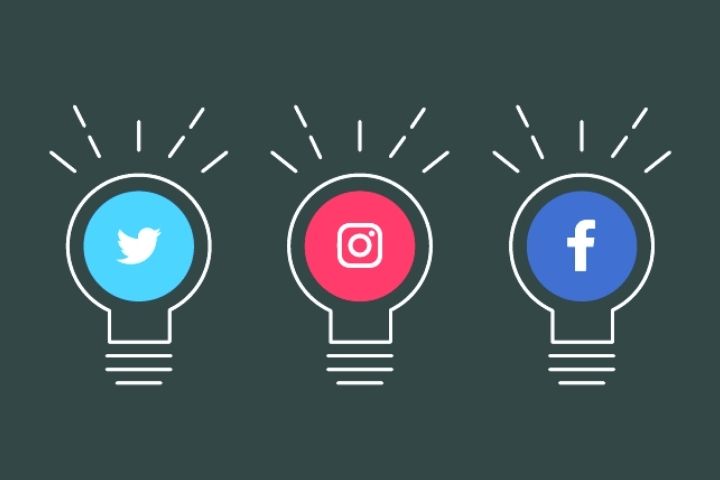 Social media is an integral part of online and digital marketing planning. Now it’s time to increase performance to keep up. We present strong content ideas for a solid social media presence.

Social media has long since caught up with classic disciplines in online marketing and has a demonstrable effect on reach and engagement among target groups. The initial field of experimentation has become highly professional. In the past, people talked about social media marketing as an addition, extension or nice-to-have, but today social media content can help decide who can keep up in the long run and who falls by the wayside.

And that is not limited to the much-noticed B2C area in the end consumer business. Over 90% of B2B decision-makers use social media to measure online marketing to inspire their business customers.

Statista asked the decision-makers in the  B2B sector and found that even in B2B, almost 93% of companies use social media as a marketing component.

Of course, anyone can create an account on social media. However, using it properly requires real commitment. Often enough, experience shows that too many questions remain unanswered in the approach because a strategy or goals and their evaluation are missing. As a social media agency from Berlin, we want every company to treat social media with the necessary professionalism to achieve their own goals. Social media is the link between the company and its target group.

In the following, six content ideas are presented that enliven the social media account and contribute to customer loyalty!

Let’s start with a brief analysis of the situation:

We know these and other questions from planning in other areas, but they should not be underestimated in the context of social media either. Good preparatory work makes the social media strategy that builds up more accessible and more successful. For quick orientation, it makes sense to analyze the contents of the competitors. Which content and which formats work well or less well there? These findings should be incorporated into your strategy and content creation. Anyone who has set up all of this and knows what inspires the target group must find out where they are. That’s why the next step follows:

Which Channel Suits my company? Where is the target audience?

On which channels does my content reach my target group? Depending on the company’s orientation, for example, B2C or B2B, and other factors, some platforms or networks are more suitable than others. Standard platforms are as follows:

Overall, it is worthwhile to think holistically in online marketing and approach social media strategy across media. Using various social media platforms and networks as examples will increase brand awareness and reach. It should therefore be possible to adapt content for several channels at the planning stage. That means generating more range with less effort.

The quarterly reports of platforms such as Facebook and studies by industry associations such as Bitkom or large national media institutions help assess the reachability of target groups.

Which Content Suits My Company? How Do We Generate Quality Over Quantity?

If you now know which channels the target group can primarily be reached, the second step is content creation. As always, the added value has to be geared towards the user. This approach is more important than it sounds at first. It is of no use if you as a company constantly appear in the feed of the target group. You only pay for brand awareness, image and recall if the content brings the desired benefit for the user and does not attract attention. The offer is huge in social media, so that here too, you have to differentiate in branding and stand out from the crowd. That is why there will never be a formula that you can use forever, but you should always dare to experiment. All content is good if the target group likes it.

There are also trends in content creation that we can use to our advantage. Thanks to fast mobile data transmission, the video format has established itself. In times of ever-decreasing attention spans, the content must be presented as briefly and concisely (snackable) as possible to keep the audience on the ball.

Goldmedia examined how the production of online videos developed from 2018 to 2019 in Germany. It turned out that providers are reacting to the changed viewing habits. Three trends are emerging:

Videos are an excellent format to convey the content and allow the target audience to consume the content easily. Anyone who uses live streaming on Instagram or Facebook, for example, enables real-time interaction between followers and companies. Besides, you create exclusivity and can save real money with a few tricks during production.

Also Read : WhatsApp Marketing, What It Is And How It Works

Come With Behind-The-Scenes. Allow A Look Behind The Scenes.

What does it look like behind the facade? Human curiosity is a potent driver in content formats. The behind-the-scenes design is trendy because it enables users to catch supposedly exclusive insights. One possibility is, for example, to introduce the team and their history! The people behind the product or the company become more tangible with the post for the followers, and at the same time, closeness to and sympathy with the company is built. Insights into production and brainstorming are also popular. This is also reflected in hashtags. With established hashtags like #behind the scenes or #adayinthelife, the users’ interest is picked up and reach is generated.

As an example from the B2C sector, Lush regularly gives insights into the production of soaps and cosmetics. The employee concerned is also involved. The user has the feeling of being able to watch the presentation and at the same time get to know the people who stand behind the company and who all contribute to its success.

Appreciate Your Personal Opinion. Incorporate Surveys Into The Content.

The ability to exert individual influence is a powerful driver in human behaviour. Surveys as a content format are compelling because of the interaction they produce.

The users become part of the bigger picture and influence the company’s developments. You feel that you and your opinion are taken seriously, which impacts the engagement. Incidentally, this mechanism also works with surveys that are not related to products or services. Humorous surveys, in particular, can increase the likelihood of a company and show that you don’t always have to take yourself so seriously.

For several years now, BVG has included customers in its communication in an original way and presents reservations as a lovable Berlin peculiarity. Humour plays a central role here. In terms of surveys, this has taken on a new dimension over the past year. The BVG wanted to become a world cultural heritage and let its fans vote on it. What seems weird here at first glance fits precisely into the image of the BVG and, as always, ensures that the BVG becomes the number one topic of conversation. If you are not convinced with just one post, you can watch the specially produced video. Good reasons are given here why the BVG should be named a UNESCO World Heritage Site.

Social media are quick and direct. An ideal way when it comes to reaching and informing your target group. Content such as market launches or events can be shared directly and line up between private posts in the followers’ feed.

However, added value or benefit must always be designed for the user. For example, in the case of a market launch, a high-quality video with a focus on the details is ideal. With this content, we can ensure that attention and anticipation for the release are increased. At the same time, however, we also offer the desired entertainment on the platform in the right package and are eagerly consumed without generating reactances.

For example, Adidas promotes Harden Vol. 3 in cooperation with the American basketball player James Harden. Both the testimonial and the stylistically high-quality product video increase awareness of the product and the brand.

you are already in close contact with the target group – why not make them aware of your jobs? Aside from basic qualifications, a company wants nothing more than someone passionate about their job. You can find what you are looking for with your followers! And indirectly give the rest a glimpse behind the scenes again.

When you think of job postings, you usually think of LinkedIn or  XING first.  This also works well, but other social media such as Instagram, Facebook and Co. are not inferior to this if the following points are observed:

The building tonfabrik has integrated the recruitment into their Instagram account, for example. All vacancies with a description and the most critical vital data are first divided in the story and then collected in a highlight. The interested party is then forwarded to the website with the job offers via an integrated link.

Part Of World Affairs. Include Current Events In The Content

short-term and fast social media content is primarily characterized by being up to date. All world events are used immediately. However, every post is just as brief. Nevertheless, a company that wants to be active on social media has to show that it is up-to-date and positions itself on controversial topics.  This way, the company offers its face to become tangible, and it is easier for the user to identify himself.  Much more important, however: The company picks up what the users are most interested in and thus automatically influences community engagement. Different events such as world championships or fashion weeks can be used as anchors. Nike shows how it’s done!

After the end of the sentence, Nike praised the Swiss tennis player Roger Federer for his victory. He is humorously integrated into the #just do it conceptually and embody the brand values.

anyone who uses mechanics from competitions for social media scores twice.

Participation usually requires at least liking and commenting on the post, if not even following the account. Linking a friend in the comments is also popular. However, all mechanics must be under the guidelines of the platform.

Douglas, for example, uses the Christmas season as a hook for competition and thus fuels community engagement every day with a digital Advent calendar. Every day there is a wide variety of cosmetics and fragrances to be won.

Also Read: Facebook Ads: What It Is And How It Works

With the abundance of media content, your content can quickly get lost. That is why your feed has to be designed as exciting and varied as possible. There is no such thing as one single content format. Anyone who finds a good mix of content and surprises with a pinch of humour will be one step ahead in the long term.

If you not only want to optimize the content in terms of performance but also want to present the company up-to-date about social media.