Android 12: Google Announces The Most Significant Design Update Since 2014 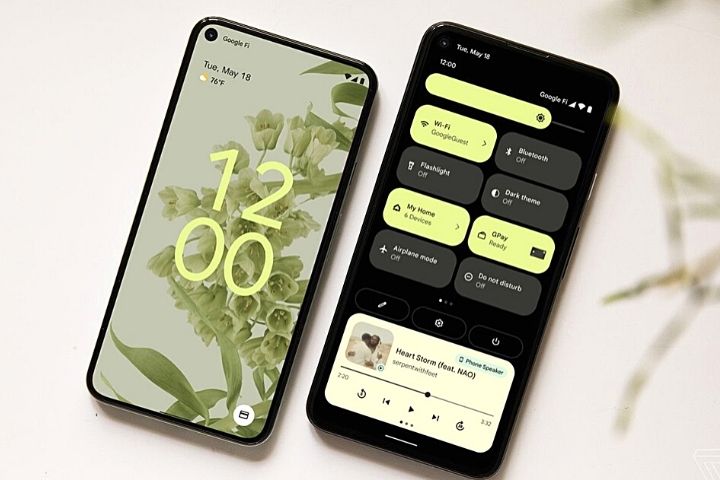 In its developer conference Google I / O 2021, Google announced a major redesign and new functions for Android 12. The first public beta is also available for download.

Between March and April 2021, Google released developer preview versions of Android 12 with all sorts of small and large new features. With the first beta version, which Google has now presented at I / O 2021, the company is revealing its most significant design update to date forAndroid, as was partially leaked in advance. The radically new design, which Google calls Material You, will be rolled out to all product lines and the latest Wear OS in the long term. With Android 12, however, Google has many more new features ready.

Material You: Android 12 With A New Design

With Material You, Google wants to help you personalize your Android smartphone even more and adapt it to your wishes. Google speaks of “Form Follows Feeling” as one of the concepts behind the new design language that will replace the material design introduced in 2014. The smartphone, the system, and the apps should, in the future, follow the user’s preferred color palette, which is extracted from the selected screen background. The colors are also reflected in the revised control elements, which in turn can be extensively individualized.

The notification bar’s widgets and the quick settings have also been revised with playful animations and intuitive operation. The temporary locations also include Google Play and the intelligent home control, which were last integrated into the power button menu with Android 11. In the future, the Google Assistant can no longer be started with a cumbersome swipe gesture in addition to the hotword “Okay Google,” but the power button.

Furthermore, Android should also become more dynamic with the major update, which will be realized through new animations, among other things. Google has also simplified the interactions and redesigned the entire underlying system. This should make the user experience feel smoother and more efficient. Android devices should now be faster and more responsive with improved energy efficiency, which should positively affect battery life. Google achieved this through several under-the-hood improvements, including reducing the CPU time required for core system services. Google speaks of a 22 percent reduction in computing time in the Android system server.

The new user interface will initially land on the company’s Pixel smartphones in autumn.

With Android 12, Google is also bringing new functions that give you more transparency about which apps are accessing your data and more control options so that you can better decide which applications receive private information.

The new privacy dashboard will give you a better overview of your authorization settings and of which data is accessed, how often, and by which apps. You can quickly revoke app permissions from the dashboard.

As Apple introduced it with iOS 14, Google integrated a new display with Android 12 in the top right of the status bar that shows when your apps access the microphone or camera. If you want to remove app access to the sensors for the entire system, you can do this using two new switches in the quick settings.

Apart from that, with Android 12, Google offers more control over how much information you share with apps. Thanks to new permissions for the approximate location, apps can only see your approximate location instead of an exact one. Weather apps, for example, do not need a precise place to provide a forecast.

In addition to the new data protection functions, Google is integrating privacy protection directly into the operating system: With the new AI function “Android Private Computer Core,” Google should “be able to introduce new technologies that are private from the start” and make it possible to securely, keep private and local on the smartphone.

The private compute core function implements functions such as live caption, now playing, and thoughtful reply. All audio and speech processing takes place entirely on the device – isolated from the network to protect privacy. Like Android, according to Google, the protection mechanisms of the Private Compute Core are open source and can be fully inspected and verified by the security community. Google promises to add more privacy and security features later this year.

Android 12: Better Collaboration With Other Devices – And As A Car Key

But that’s not all: With Android 12, Google wants to bring its ecosystem of other devices closer together. The central function is the fast pair function, which Google announced a while ago. It will be expanded in the future so that smartphones can be networked with headphones and wearables, smart TVs, notebooks, and cars.

In the coming months, Google will offer Android smartphones as car keys for BMW and Ford models. For this purpose, like Apple’s iPhones, an ultra-broadband chip (UWB) is used. In addition to some Samsung smartphones, future Pixel models – such as the Pixel 6 – should lock and unlock cars via UWB.

The first public beta version of Android 12 is now available for installation on compatible Pixel smartphones. To do this, the device must be registered in the Android beta program, after which you will be offered the over-the-air update for installation.

As in previous years, devices from other manufacturers are also part of the public beta. According to Google, Asus, Oneplus, Realme, Oppo, Vivo, Xiaomi, Sharp, TCL, and ZTE are also involved. We will clarify later which devices will receive the beta. There is no concrete information on this yet. We assume, however, that it is primarily current top models from manufacturers that will benefit.