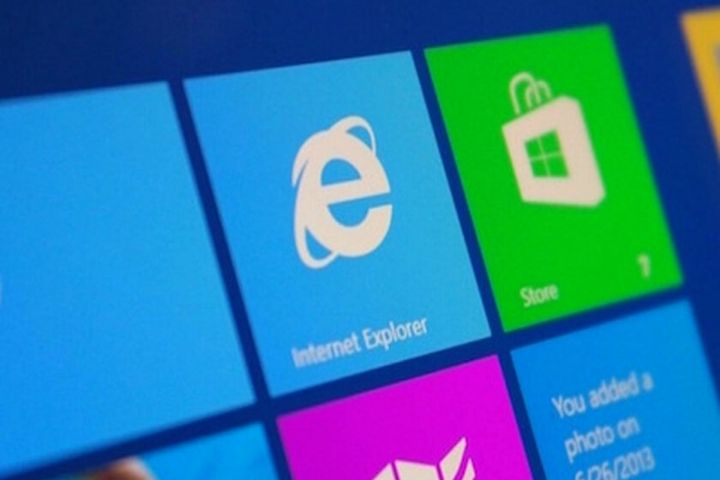 A legend goes: an expensive legal process and dangerous security holes made Microsoft’s Internet Explorer a media star. Now the group has announced that it will mothball the software.

It’s a bit like learning that an old friend you haven’t heard from in a long time is dying: Microsoft has announced the end of support for its Internet Explorer web browser.

In the words of the group, of course, it sounds different. “The future of Internet Explorer for Windows 10 lies in Microsoft Edge” is the title of the blog entry in which Microsoft manager Sean Lyndersay announces the retirement of the browser veteran.

And yes, he talks about “retiring” the software, which is legendary for various reasons. That phrase is reminiscent of the film “Blade Runner,” in which the term “retire someone” is always used to kill so-called replicants.

The retirement of Internet Explorer will begin on June 15, 2022, the blog entry said. On this day, support for the software will be discontinued, but only “for certain versions of Windows 10”.

What this means in concrete terms is explained on a specially set up FAQ page on the topic. So-called LTSC versions of Windows 10 are excluded from the change. However, these “Long Term Service Channel” versions are only available to companies willing to pay a surcharge for long-term support.

Exceptions are also Windows 8.1, which has been dewy for a long time, and so-called ESU versions of Windows 7, which are only offered to companies and offer so-called “extended security updates” for a specific surcharge. Microsoft discontinued general support for Windows 7 on January 14, 2020.

Anyone who tries to open Internet Explorer on a computer that is not one of the exceptions mentioned after June 15, 2022, will be disappointed. According to Microsoft, the browser will be deactivated on this deadline. If you try to start it anyway, users should be referred to the Explorer successor Edge.

Edge has an Explorer mode (“IE mode”) anyway, they say. In addition, the new browser is faster and safer and offers “a more modern Internet experience.”

Anything but more security would also be embarrassing because one thing that Internet Explorer was known for can be quickly recalled by searching for its name on SPIEGEL.de: security gaps.

In December 2008, for example, the Federal Office for Information Security (BSI) warned of a dangerous vulnerability in Microsoft’s browser exploited by criminals to smuggle malware onto victims’ computers. After all: two days later, the group distributed a patch for it.

Problems like this were common. For example, at the beginning of 2010, the BSI again warned against Microsoft’sMicrosoft’s browser and recommended using one of the free alternatives instead. For a while, it seemed like Explorer vulnerabilities were cheaper by the dozen.

The reason for the popularity of Internet Explorer among criminal hackers is probably the laziness of many Windows users who neglected to install updates and current versions on their PCs. This sometimes caused bizarre reactions. In the summer of 2012, for example, an Australian online shop tried to educate its customers by imposing an “Internet Explorer 7 tax “in the form of a 6.8 percent surcharge on those who bought it with an outdated Internet Explorer.

But the browser also became unexpectedly expensive for Microsoft itself. In March 2013, the EU Commission imposed a fine of 561 million euros on unfair business practices. The accusation: Microsoft failed to offer Windows 7 users its own Internet Explorer and browsers from competitors.

The problem at the time was that, under pressure from the EU, the company had committed itself to advise users to install other browsers when installing Windows. We once commented on introducing this freedom of choice because this has never happened in the Windows world.

Unfortunately, it stayed that way for a few million users: Microsoft said it was a technical error, but the EU Commission couldn’t  be appeased.

Also Read : Google Developer Conference: This Is New With Android 12

Today Internet Explorer, introduced in 1995, is unlikely to play a significant role in everyday life of most Internet users. The last prominent mention of the browser veteran on SPIEGEL dates back to 2016 when it became clear that Microsoft’s program had lost its position as the most widely used browser in the world Google’s Chrome.

To this day, nothing has changed. Only the percentage has changed. According to Statcounter, Internet Explorer, with a 0.7 percent market share, is just above the limit of perception. Google Chrome, on the other hand, has won two-thirds of the market for itself.