HomeGADGETSEnd Of The Smartphone Business LG - One Last Greeting
GADGETS

End Of The Smartphone Business LG – One Last Greeting 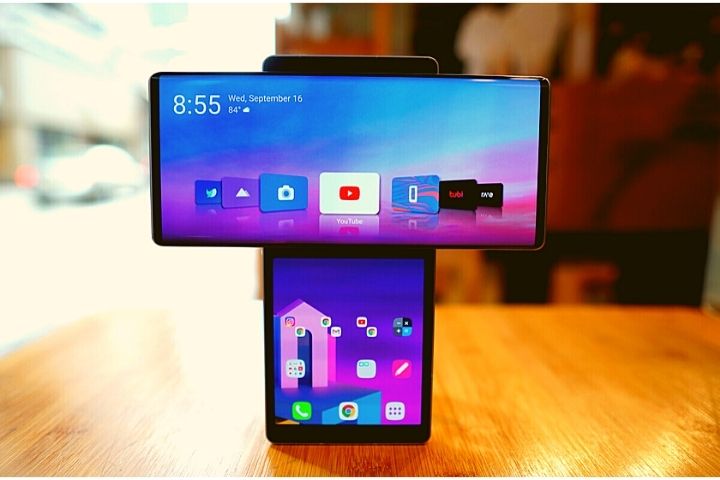 LG has built crooked, modular, leather, and double smartphones. But now it’s over; the manufacturer gives up. We say goodbye with a look back at the most spectacular models.

For years, the Korean company LG Electronics defiantly advertised its smartphones with the slogan “Life’s Good,” even if “Life is cruel” would have been a more appropriate description for LG’s niche existence in the competitive market. In its prime, LG was the third-largest smartphone manufacturer globally, but that was around eight years ago. In the end, there was not much left for the Koreans, given the overwhelming power of Huawei, Samsung, Xiaomi, Apple, and others, apart from losses in the billions.

Therefore, smartphones should probably end at the end of July. LG gets out. We wave goodbye again and remember some of the great or strange LG models. LG – Last greetings from the network world:

One of the best LG smartphones was sold as a Google smartphone, called the Nexus 4. Pure Android came from Google, the hardware from LG. The well-equipped, handy, and even wirelessly chargeable device cost 299 euros (349 euros with a little more memory) when it was launched in 2012, which is why it was sold out practically immediately. The Nexus 4 was also a gift for hobbyists because it got along relatively well with different operating systems such as Ubuntu and LineageOS. When mine broke after many years, I mourned it for a long time.

“Banana cell phone with cucumber display” was the most succinct description of the curved LG G Flex when it came onto the market in 2013. For 800 euros, buyers got an overpriced smartphone, the curvature of which was largely pointless and therefore never caught on. But someone had to try. Thanks for that, LG.

With the G4, LG briefly introduced a pricing policy similar to that used by car manufacturers: leather is only available for an extra charge. Because the flat plastic lid on the back was also open thinly covered with cowhide at an additional cost of 50 euros, it was at least the first smartphone that smelled of new cars. Thanks for this great idea, LG.

For several years, the idea of ​​building modular cell phones in which the user can plug and unplug individual components with new or different ones haunted the smartphone industry. In 2016, LG dared to present such a device and bring it onto the market. But as is so often the case with LG, the timing was wrong. Introduced at the end of February, the first devices were available in mid-April, but no modules apart from a replacement battery. The company was only able to deliver them for testing a month later – and it turned out to be disappointing: far too expensive, far too poor quality. Nevertheless: Thanks for the courage, LG.

LG manifested its status as a loner who likes to do something different from the others at Ifa 2019 with the G8X. While competitors such as Samsung supplied smartphones with flexible screens, LG said: Why so complicated? Therefore, LG’s alternative to the Galaxy Fold was an utterly average smartphone to which you could attach a second screen with a thick protective cover. The result was exciting and expensive: the folding combination was supposed to cost 1000 euros, which was noticeable not because of its exceptionally high performance but because of a thick joint between the two screens. Unfortunately, that didn’t work out, LG.

The lack of success of the G8X did not prevent LG from submitting another alternative to the hip and expensive folding phones in 2020: the LG Wing. Just as the gullwing doors of expensive sports cars (and a Tesla SUV) open upwards, the Wing’s display folds upwards to reveal a second, smaller screen. It looks fantastic and is also fun because of the smooth mechanics. However, the complicated construction only adds value to apps that have been adapted to it – and unfortunately, there were damn few. The Wing could be an L egendäres G to be a gadget, but I found it far too few friends. It’s a shame, LG.

Share
Facebook
Twitter
Pinterest
WhatsApp
Previous article“Where Is?” For Third-Party Providers: In The Future, iPhones Will Find Bicycles, Headphones, And Backpacks
Next articleSamsung Galaxy A32 5G And Realme 8 Pro In The Test Showdown In The 250 Euro Class