Pixel 6 Google Scores A Hit With Its New Top Models 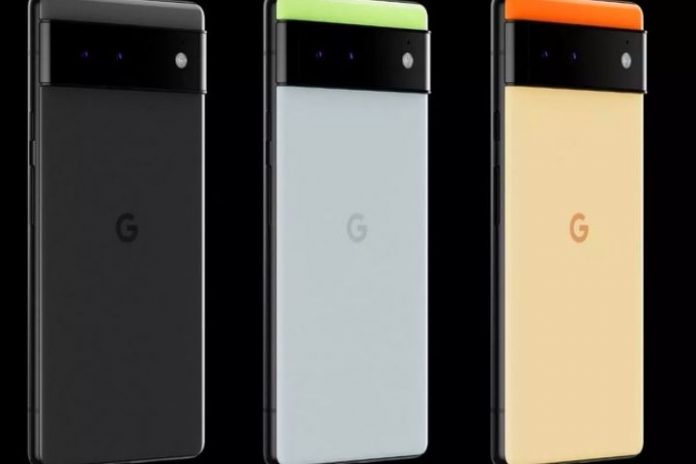 Google has landed a hit with its new Pixel 6 models. According to Google CEO Sundar Pichai, the company had a record quarter with the devices.

The smartphones Pixel 6 and 6 Pro launched in October 2021 are the best models from Google so far. Apparently, the market thinks so too and rewards the manufacturer with positive sales, as CEO Sundar Pichai explained in announcing the quarterly figures: He spoke of “a quarterly sales record” for the pixel smartphones, which was achieved despite delivery bottlenecks.

However, Pichai did not give specific sales figures for the pixel devices. The manufacturer is doing the same as Apple, keeping their concrete iPhone sales figures under wraps for years. Google’s pixel models are assigned to the “Other” business area in the quarterly figures, including sales from the Google Play Store and other hardware.

According to Google, this area brought in $8.16 billion in revenue in the fourth quarter of 2021, a healthy jump from $6.67 billion in the same quarter last year. Still, “Other” revenue is a lot smaller relative to its core business, advertising, which accounted for $61.2 billion of revenue.

The last approximate values ​​for pixel sales are from 2019. At that time, the market researchers IDC recorded the highest number of pixel deliveries of seven million units, which were not due to the more expensive devices. Still, primarily to the start of Google’s budget model of the pixel, A series has been returned.

This is low compared to the competition: Samsung, for example, sells ten times as much per quarter. As Ars Technica’s Ron Amadeo aptly analyzes, Google could sell far more devices if the manufacturer “attempted to be a global manufacturer.” However, Google only offers its Pixel models in a few countries; For example, the Pixel 6 and 6 Pro will only be sold in nine countries, while the Pixel 5A, launched in the summer, will only be sold in the US and Japan. For comparison: Samsung or Apple’s smartphones are available in more than 100 countries and sell 200 to 300 million devices a year.

Google Is Struggling With Delivery Bottlenecks And Initial Software Bugs

Although Google’s CEO Pichai praises the results of the pixel division, it seems that there is still room for improvement. On the one hand, Google is struggling with the delivery bottlenecks that manifest themselves in devices not available in the Google Store. Not all colors and versions of the Pixel 6 and the 6 Pro are currently available. The Pixel 6 is currently only available to purchase in the store in black color, while the other two options are “Out of Stock.”

In addition, Google has pushed its top models onto the market in a hurry, which can be seen in various bugs such as a sluggish fingerprint scanner, which have now largely been fixed. However, initial software-related teething problems are not uncommon with other manufacturers either – we only have to glance over at Apple’s iOS 15 update here. Google still has to get the monthly security patches under control for its Pixel 6 models.

Despite all the criticism, Google has brought two perfect devices onto the market with its Pixel 6 models. The Pixel 6, in particular, offers excellent value for money with 650 euros*.