Pixel 6 :The First Smartphone With Google’s Own Whitechapel Processor 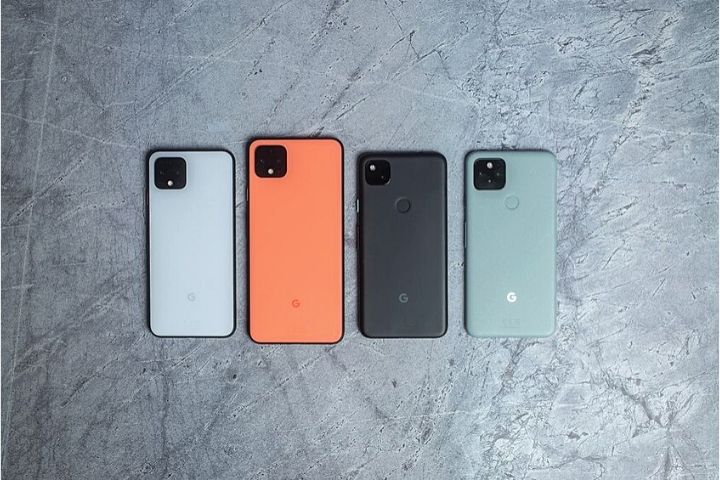 In the future, Google will orient its Pixel smartphones to Apple: Instead of previously relying on Qualcomm’s Snapdragon SoC, the manufacturer will use “Google Silicon” chips for the Pixel 6 and other models, a Google developer now suggests.

Google has been working on Google’s processors in development. After custom chips for servers, security, and image optimization, the manufacturer should finally have completed its first processors for smartphones and Chromebooks this year. According to 9to5 Google and XDA Developers, Google’s own GS101 SoC with the code name Whitechapel will be installed in the Pixel 6, among others. The company is thus pursuing a similar vertical integration as Apple is with its products.

As 9to5 Google reported in April based on internal Google documents, Google is working on two smartphones equipped with the ARM-based GS101. These are probably the successors of the Pixel 5 (test) and 4A 5G.

The documentation viewed by 9to5 Google should contain references to the code name Slider; this should be a common platform on which the new products should be based. Internally, Google calls the self-developed chip “GS101”, whereby “GS” could stand as an abbreviation for “Google Silicon.”

The first official tangible evidence of the existence of “Whitechapel” and “GS101” were discovered in a comment by a Google employee in the AOSP. The whole thing is a bit cryptic (via XDA Developers), but the developer responded with a link that leads to Google’s internal source code repo. In addition to “Whitechapel,” “GS101” can also be found in the URL. He also mentioned a P21, which is likely to be the abbreviation for Pixel 2021 or Pixel 6.

According to the report, Google is not developing its first chip entirely on its own. The processor will be developed with the System Large Scale Integration (SLSI) department of Samsung Semiconductor – the semiconductor division of the South Korean technology giant. That could mean that the Google chips could have similarities with Samsung’s Exynos SoC, including software components, 9to5 Google speculates.

Incidentally, it is not the first time that cooperation between Google and Samsung has been reported. As early as April 2020, Ina Fried from Axios wrote that the two were working on a five-nanometer chip with the code name Whitechapel. According to Axios, the processor is not only intended for smartphones but also Chromebooks.

Meanwhile, XDA Developers wants to know more details about the SoC (System-on-a-Chip): The GS101 chips allegedly have a three-cluster setup with a TPU ( Tensor Processing Unit ) for machine learning applications. For comparison: Qualcomm’s top chip Snapdragon 888 and Samsung’s Exynos 2100 rely on ARM’s Cortex-X1, Cortex-A78, and Cortex-A55 cores triple-cluster CPU setup. In addition, Google’s first SoC could contain an integrated security chip that is supposed to be similar to the Titan M, which has been used since the Pixel 3 (test).

Google’s Upcoming Pixel Smartphones Could Get Updates Longer Thanks To The Whitechapel Chip.

By switching to its chip, Google could imitate Apple’s recipe for success: iPhones, iPods, and Macs are based on hardware and software that is completely developed in-house and is seamlessly coordinated. As a result, the manufacturer achieves excellent performance, battery life, and long software updates.

The latter, in particular, is a “frustrating weak point” in the Android cosmos, as Android boss Hiroshi Lockheimer admitted years ago. Because major OS updates can only be offered by manufacturers as long as chip developers – mostly Qualcomm and Mediatek – offer support. So far, it ended after a maximum of three years, with Google and Qualcomm announcing at the end of 2020 that they would also provide four years of OS support for new processors. With Google’s chips, the update period and thus the lifespan of Android smartphones could be extended. Google’s Pixel Phones may reach the lifespan of iPhones, which usually receive iOS updates for five years.

How good the first generation of Google’s chips will remain to be seen. Although the company has been developing its chips for years, Google has not yet ventured into SoC for smartphones. With the competence of Samsung’s semiconductor division, Whitechapel should be a step in an exciting direction for Google and Android.