What Does Artificial Intelligence Mean And How It Works? 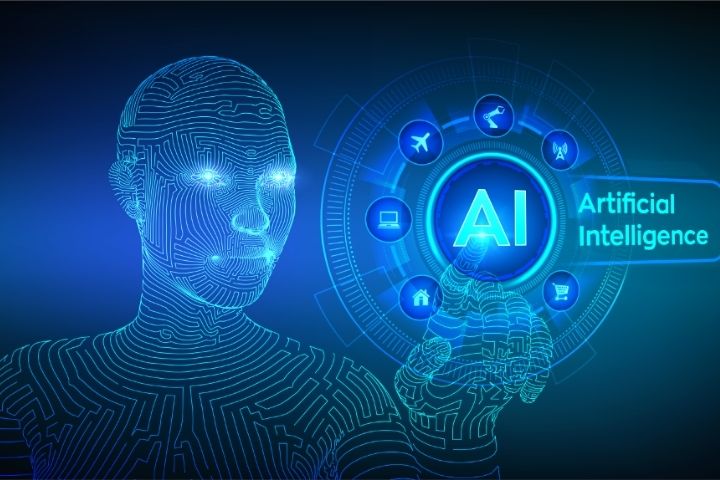 In the following, we will show you the potential of this new technology and show you how the technology is already being used in the corporate environment.

Artificial intelligence is a branch of computer science and deals with the automation of intelligent behaviour. Here the technology relies on a simulation of fake artefacts, usually executed on a computer with computer programs. The definition of the term can be traced back to the American computer scientist John McCarthy. This used the term in 1956 as the heading of a project proposal for a conference lasting several weeks. In the meeting, numerous programs were presented that played chess and checkers independently, solved different theorems and interpreted texts.

The general definition of the term mainly refers to the imitation of human decision-making behavior. The specific programming of a computer is intended to solve demanding problems. In practice, simple algorithms help imitate intelligent behavior. A particular area of ​​research is strong AI. This is an artificial intelligence that is supposed to mechanize human behavior. A machine should behave as intelligently as a human. To this day, the goals of strong AI are considered visionary and could not be implemented.

What Does Artificial Intelligence Mean In Detail?

In theory, we speak of artificial intelligence when a computer solves problems that require human intelligence to solve them. A fundamental distinction is made between strong and weak AI. While the strong AI is supposed to mechanize all human thinking, a weak AI is used to solve specific application problems. It should help to support people in the thought process.

Furthermore, learning is one of the central skills of every AI and must be fulfilled at the beginning. Also, Artificial Intelligence must be able to deal with uncertainties. In summary, a weak AI should simulate intelligent behaviour using the principles of mathematics and computer science. A strong AI has failed due to fundamental philosophical questions since such a system must be very similar to humans.

The development of artificial intelligence is divided into the following sub-areas:

When Is A Machine Considered Intelligent?

The question arises as to when a machine is classified as intelligent. A change is increasingly becoming apparent. In the past, this topic focused primarily on the development of intelligent computer programs, but research into human thinking is now also gaining increasing relevance. Since an intelligent machine inevitably goes hand in hand with research into human thinking, there is an overlap between AI research and neuropsychology.

The Turing test can determine the intelligence of a machine used as an accepted measuring tool. This was developed in 1950 by Alan Turing, a British mathematician. During the test, a person communicates with another person and a machine over a long period via a chat program. Both test participants try to convince the initiator of human behaviour.

As soon as the tester cannot determine who the person is speaking to after the test, the test is considered passed – the machine is deemed intelligent. As early as 1991, the Loebner Prize for $ 100,000 was announced to develop a device that passed an extended Turing test. To date, however, no one has received this award.

How Does Artificial Intelligence Work In Practice?

Nowadays, the fields of application of artificial intelligence are exceptionally diverse. However, the use of AI is not yet consciously perceived. The use of artificial intelligence is considered a success, especially in medicine. Intelligent machines already carry out numerous surgical steps and are more precise than a human surgeon. Robots are also used in the production facilities of large automobile manufacturers to make everyday work easier for people. Robots are now carrying out dangerous activities that have a direct impact on health. Typically, tasks such as welding or painting can be automated.

Computer games such as chess also make use of artificial intelligence. Also, more and more expert systems are used in specialized areas of application on artificial intelligence. These include, for example, systems that convert computer tomographies into three-dimensional images. Such tools allow doctors to get a specific picture of each part of the body.

In theory, there are two potential dimensions for research into artificial intelligence. This is the neural AI that the human brain wants to recreate as precisely as possible. The corresponding counterpart is the symbolic AI. This approaches intelligence on the conceptual level and is based on the cognitive processes of humans.

The following groups can be defined as development techniques:

Five Examples: This Is How Artificial Intelligence Is Used In Companies

Many organizations are as of now utilizing  artificial intelligence to generate added value for their users. Below we present some of the best-known practical examples:

At Google, an intelligent algorithm is built into almost every product. The Google translator, for example, learns with every other translation and keeps getting better. Overall, the group is considered a pioneer in AI and is introducing more and more services. Also, the Alphabet Group consists of many innovative companies that deal with the development of artificial intelligence. The best-known example from this area is DeepMind. DeepMind’s official corporate goal is to understand intelligence.

Many users associate Amazon with e-commerce. The company focuses particularly strongly on the area of ​​artificial intelligence. More and more user data is processed to create intelligent product proposals and force a quick purchase decision. Machine learning algorithms analyze users’ search and purchase behaviour while the warehouse centres adjust to the current forecasts. Alexa is also a prominent example of the use of AI.

Apple also relies on artificial intelligence and makes programming a lot easier with Core ML 2.0. Developers are given a simple tool that enables the integration of AI in apps. The complex calculations are carried out directly on the end device, thus avoiding contact between the server and the end device. This is an advantage, especially from the point of view of data protection.

A vast area of ​​application for intelligent machines is the health sector. In addition to extensive analyzes and the identification of undesired cell mutations, operations, in particular, are an application area for intelligent robots. They already support operations today and carry out complicated interventions that are too complex and risky for surgeons.

Autonomous driving is also a relevant future topic that will revolutionize locomotion. With the help of extensive live, sensor and driving data, vehicles will be able to make independent decisions in the future. The user becomes a pure occupant, and the intelligent technology ensures smooth transport to the desired destination. In particular, the AI ​​should make complex decisions in this case and thus improve road safety.

As noted initially, AI is one of the most important future technologies in almost every strategy. In the next few years, in particular, the development of artificial intelligence can help automate processes and thus directly optimize productivity. Research is still in its infancy, so technological optimizations are associated with enormous added value for users and companies.