HomeBLOCKCHAINWhat Is A Blockchain & Its Advantages, Disadvantages?
BLOCKCHAINTECHNOLOGY

What Is A Blockchain & Its Advantages, Disadvantages? 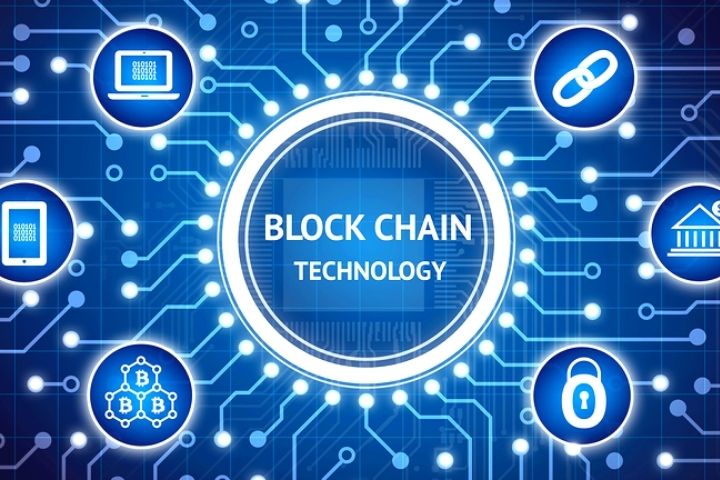 What Is A Blockchain?

A blockchain makes it possible to share information with the help of a decentralized, shared by many participant databases to be transmitted in a forgery-proof manner so that copies are excluded. The database is also known as the distributed ledger. It is stored on many computers in a peer-to-peer network, with each new node taking over a full copy of the blockchain when it joins and is now responsible for checking and documenting transactions.

How does that work in practice? Someone initiates a process by generating a data set (block) that is then used by thousands or even millions of computers in the network verified and stored. The verified block is cryptographically encrypted and attached to a chain of data records (blockchain) so that a large number of unique data records with their own, traceable history are created.

Blockchains are therefore secure, always up-to-date directories in which digital transactions can be documented reliably and in a way that is understandable for the participants. They are constantly being expanded chronologically and linearly, comparable to a chain in which all participating computers are integrated as links and which are constantly being expanded with new links (hence the term blockchain).

The technical model of the blockchain was developed within the framework of the cryptocurrency Bitcoin – as a web-based, decentralized, public accounting system for all Bitcoin transactions that have ever been made. The Bitcoin blockchain is growing steadily as new blocks with newly completed Bitcoin transactions are constantly being added. Every computer that is connected to the Bitcoin network and generates new Bitcoins or manages the previously generated ones has a 1: 1 copy of the complete blockchain, which is currently around 284 gigabytes in size

Digital money, without coins and bills. With the help of cryptography, a distributed, secure and decentralized payment system is built. Does not require banks, but computing power and technical aids such as the blockchain.

What Is Bitcoin Anyway?

Bitcoin is a digital currency founded in 2009 that uses a blockchain as the technological backbone. Those who pay bills with Bitcoins on the web pay lower transaction fees than with traditional online payment providers because all intermediaries are excluded from the payment process. Another characteristic of Bitcoin is that the currency is not controlled by a central state bank or similar institution. The biggest disadvantage is that the currency is still only accepted by a few places and the effort to charge new bitcoins continues to increase.

There are no physical coins or banknotes, only account balances that are linked to public and private keys. These account balances are stored in a public accounting system – the blockchain – along with all Bitcoin transactions ever made. The computing power required to manage this massive amount of data is provided by a large network of computers.

What Makes The Blockchain So Special?

The blockchain is a technology that enables secure, non-manipulable transactions in the network and is therefore also interesting in isolation from Bitcoin. An example from Blockgeeks.com makes it clear how much it can change markets: When we buy a train ticket on the web or via an app today, a credit card company is usually involved, and each transaction is paid for. A blockchain-based system could handle the ticketing process securely and directly without any transaction costs between the rail company and the passenger. Railways and customers would be happy, intermediaries would be left behind.

A frequently cited example is provided by IBM with Food Trust, a blockchain-based platform for tracing food. The aim is to create transparency in the entire food supply chain from the producer to the processor, trader, and retailer to the consumer. All participants permanently receive a shared data record with access rights with current information on the food system. This avoids inefficiencies, environmental violations, and manipulations in global delivery processes (see also: IBM explains its blockchain strategy ). Nestlé, Walmart, and Carrefour support the project.

SAP is aiming in the same direction with its ” SAP Cloud Platform Blockchain “. The Walldorf-based company has won over two dozen companies from industry, pharmaceuticals, technology, and logistics to experiment with a blockchain-based supply chain tracking system. It’s always about making supply chains more transparent and using simple means to prove the authenticity of products. Like IBM, SAP is also working on Blockchain-as-a-Service offerings and has won partnerships with the food manufacturers Maple Leaf Foods, Naturipe Farms, Tate & Lyle, and Natura, among others.

Like IBM and SAP also operates Oracle Its own blockchain-as-a-service platform. Here a project with the nonprofit World Bee Project catches the eye: The database leader is working with the NGO on a system for monitoring supply chains in honey production, as Ledger Insights reported. The aim is to be able to guarantee honey consumers that the sweet spread comes from sustainable, ecologically correct production.

Read Also: What Is Artificial Intelligence?

What Are The Advantages And Disadvantages Of The Blockchain?

The decentralization of the in general and blockchain, in particular, has some advantages and disadvantages. The following advantages can be cited:

How Is BlockChain Being Used In The Financial Sector?

Blockchain application platforms for the financial industry such as ERIS, R3CEV, or We. Trade is intended to bring transparent, secure, and verifiable business models into IT, especially in the financial sector. For the CIO, such a new decentralized technology stack, including a growing ecosystem, means that they can better perform their tasks: faster completion for business operations, more secure transaction processing, cost reduction, and closer orientation to regulatory requirements.

The integration with existing systems, which has been identified as a disadvantage, is still a challenge, but is not insurmountable and can be justified with the expected advantages of blockchain for both IT and business.

Why Can Industries Benefit From The BlockChain?

The decentralization of communication began with the Internet, everyone was given more power over the information they consume. In the next step, in addition to communication, computing power and storage will also be decentralized (cloud computing), and with the blockchain, another element will now be added. The blockchain fuels ideas not only to control cryptocurrencies such as Bitcoin via decentralized networks but also other digital content such as art, music, texts, or photos.

We have put together the first concrete practical examples for the use of blockchains in various industries in the article “Blockchain in use”.

What Do The Blockchain Offerings Of Large IT Companies Look Like?

Regardless of the above examples, it can be said that large IT companies are jumping on the blockchain train and working on software and service ecosystems around technology. IBM offers developers the opportunity to set up their blockchains within its cloud. Big Blue provides the Hype ledger code on which the Bitcoin blockchain is based.

With the simultaneous integration of the Docker container service, “developers can now get their mini-blockchain up and running within a sandbox in twelve seconds,” said Jerry Cuomo, who is responsible for blockchain offers at IBM, in the context of the Presentation of the services already underlined in February 2016. “And just a minute later, the first complete blockchain application will be live.”

Microsoft has long recognized the benefits and started the “Project Bletchley” under the umbrella of “Ethereum Blockchain as a Service” in the Azure Cloud. Various middleware tools are to be launched soon, which will expand the business benefits of blockchain. For example, “Blockchain as a Service” is primarily aimed at developers. So-called “scriptlets” serve as the technical tool of the solutions, with the help of which users can enter external data into a blockchain without destroying its security and integrity.

These scriptlets can be developed in any programming language and run analogous to the IBM range within a secure container. Microsoft sees the benefits of blockchain technology primarily in security-related topics such as identity management and encryption and has already integrated corresponding services into Project Bletchley.

Other large IT players are also well beyond the experimental stage and are developing specific applications, mostly on their as-a-service platform.