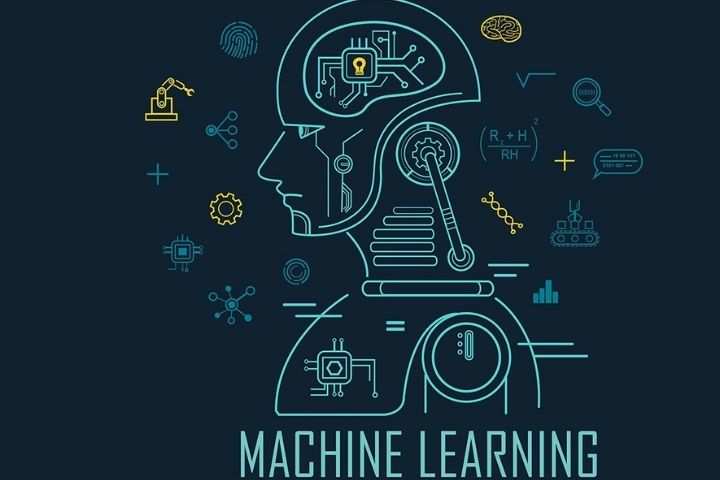 Machine learning is becoming more and more mainstream today. Until a few years ago, self-learning programs were exclusively a topic for universities, research institutions, and some technology companies, but today they are increasingly being used in normal products and solutions. Our everyday and business life is increasingly determined by intelligent programs that consist of data learned and generalize what you have learned.

Speech recognition on cell phones such as the iPhone or Google cell phones, for example, is largely controlled by machine learning algorithms – just like spam filters in PCs and notebooks or facial recognition when managing photos. We are often in contact with learning systems without knowing it – for example with personalized online advertising. And more and more companies are realizing the value of machine learning when it comes to their business optimization and saves costs.

For most IT users, machine learning is a confusing field because there are many different conceptual, methodological, and theoretical approaches. This FAQ clarifies the most important questions and introduces the central terms, methods, and applications.

What Is Machine Learning?

In a nutshell, machine learning is the art of making a computer do useful things without specifically programming it to do so. To put it more precisely, machine learning is the acquisition of new knowledge through an artificial system. Like a human being, the computer independently generates knowledge from experience and can independently find solutions to new and unknown problems.

For this purpose, a computer program analyzes examples and uses self-learning algorithms to attempt to enter the Data to recognize certain patterns and regularities. Machine learning aims to intelligently link data with one another, recognize relationships, draw conclusions and make predictions.

How Does Machine Learning Work in Principle?

In principle, similar to human learning. In the same way as, for example, a child learns that certain objects can be seen in pictures, a computer can “learn” to identify objects or differentiate between people. To do this, the learning software is first fed with data and trained. For example, the programmers tell the system that one particular object is “a dog” and another is “not a dog”.

The learning software continuously receives feedback from the programmer, which the algorithm uses to adapt and optimize the model: With each new data set, the model becomes better and can ultimately clearly distinguish dogs from non-dogs.

What Are The Advantages Of Machine Learning?

Machine learning helps people work more efficiently and creatively. For example, they can use machine learning to organize and manipulate their images faster. With machine learning, you can also leave boring or time-consuming work to the computer. Learning software can independently scan, save and file paper documents such as invoices.

Above all, self-learning machines can take on very complex tasks for humans – such as the detection of error patterns or possible damage in production ( predictive maintenance ). Even with the detection of cancerous tumors in medicine and with therapy recommendations, self-learning programs now help – and often outperform the best human experts. This ability to process complex relationships between the input and output of large amounts of data is one of the main advantages of machine learning.

Is Machine Learning The Same As Artificial Intelligence?

No. Machine learning is a branch of Artificial Intelligence (AI). In the same sense, logic, analysis, and stochastics are sub-areas of mathematics; Mechanics, thermodynamics, and quantum physics are sub-areas of physics. Artificial Intelligence itself is a branch of computer science and is generally concerned with the automation of human intelligent behavior.

Also Read: What Is Artificial Intelligence?

Machine learning is based on research in the field of pattern recognition that was carried out as early as the 1980s. The area then stagnated for a long time due to technical restrictions. Only a few years ago, machine learning experienced a breakthrough with the ability to process data in parallel in graphics processors (GPUs) – which were developed for the video game industry. Graphics processors have thousands of processing units and are significantly faster compared to solutions with classic CPUs.

Further developments such as multi-core architectures, improved algorithms, and super-fast in-memory databases such as SAP HANA make machine learning particularly attractive for the corporate sector. Another important factor is the increasing availability of large amounts of structured and unstructured data from a variety of sources, including sensors or digitized documents and images, with which the learning algorithms can be “trained”.

Which Methods Are Used In Machine Learning?

Machine learning uses mathematical and statistical models to learn from databases. In detail, there are dozens of different procedures. In principle, a distinction is made between two systems in machine learning: First, symbolic approaches such as propositional systems in which the knowledge – both the examples and the induced rules – is explicitly represented. Second, sub-symbolic systems such as Artificial Neural Networks, which function on the model of the human brain and in which knowledge is implicitly represented.

How Does An Artificial Neural Network Work?

Artificial neural networks simulate a network of interconnected neurons based on the model of the brain. They learn from experience by changing the connection strength of the simulated neuron connections. In this way, machines can acquire skills such as seeing, hearing, speaking, reading, and writing. Supervised learning methods are used to train them for these skills.

The greater the amount of weight, the greater the influence of one neuron on another neuron. A positive weight exerts an exciting, reinforcing influence on another neuron, a negative weight an inhibitory one. The weight of the connection thus largely determines whether one neuron is influenced by another. It is one of the decisive factors for learning processes, one could say: The knowledge of a neural network is stored in the weights. Ideally, this training process continues until all examples are correctly calculated. The whole learning process is an iterative process in which a special algorithm sets the weights so that the output corresponds as closely as possible to the known result.

What Is Deep Learning?

The process makes many work steps of classic neural networks superfluous because the computer takes over all intermediate steps. The researcher only has to present data such as images to the neural network; the network will then find out how to identify these on its own.

Deep learning uses the same mechanism as a toddler learns the term “dog” for example: First, training data is made available to the computer program, for example, a series of images, each of which a person has with the meta tags “dog” or “not dog” “has marked. The program uses the information it receives from the training data to generate a feature set for dogs and to build a predictive model.

The units of the first level only registered the brightness values ​​of the pixels. The next level would see that some of the pixels are connected in lines, whereupon the next one distinguishes between horizontal and vertical lines. This continues until finally a level is reached in which legs can be distinguished.

In another model, perhaps the computer would predict that everything in an image that has four legs is a dog until it is finally able to distinguish dogs from non-dogs. With each iteration, the predictive model the computer creates becomes more complex and accurate.

What Are The Most Popular Machine Learning Applications?

Machine learning can be found in the recommendation services of Amazon and Netflix as well as in the face recognition of Facebook. The ability to mark individual members with their names on pictures has led to the world’s largest collection of faces in a database on Facebook. Facebook can use this data to train machines specifically for visual recognition.

Even behind email applications that are automatic Spam Recognize, stuck machine learning processes. The computer analyzes the data contained in the email and categorizes it as spam or non-spam according to the patterns it recognizes. If a message is marked as junk, the computer learns and can thus identify junk messages even better. Learning methods are also used in the defense against computer attacks, the fight against Internet crime, and search engine ranking.

How Can Machine Learning Be Used Commercially?

Machine learning turns business data into face value. Companies that use machine learning processes can increase both their sales and customer satisfaction while reducing costs at the same time. For example, machine learning helps to identify customers’ needs more precisely. Advertising measures can be personalized. This not only improves the customer experience but also increases customer loyalty.

More and more chatbots – automated programs that communicate with customers – are already being used in customer service over the phone. By collecting voice data in different situations, the chatbot can improve its cognitive ability to interpret the conversational tone. And more importantly, the bot can transfer the call to a call center operator if there is a more complex problem.

By automatically comparing resumes, machine learning can help find the best candidates for a position faster. You can analyze structured and unstructured context information and generate reports automatically. Instead of having every claim checked manually by an employee in the insurance industry, insurance companies can use machines to make a preliminary decision in simple insurance cases and to write a reply.

Machine learning is also a key technology for developing autonomous systems: collaborative robots who work hand in hand with their human colleagues are just as much a part of it as self-driving cars. Even beyond purely commercial applications, the areas of application are almost infinite: automated diagnostic procedures, detection of credit card fraud, and stock market analyzes are common applications. Self-learning programs can even help save lives. For example, researchers at the University of Liverpool successfully trained a program to capture land mine patterns in data from radar and acoustic sensors.

Which Providers Are The Technology Leaders In Machine Learning?

The large Internet and technology groups IBM, Google, Microsoft, Facebook, Amazon, and Apple invest many millions in machine learning and use it very intensively. IBM’s Watson supercomputer is the most popular machine learning appliance, used in finance and healthcare, for example, to find the most effective therapies for patients. Apple uses machine learning in its Siri speech recognition system, Microsoft in Cortana, Facebook in image recognition, and Google in many of its services such as search engine ranking and image services.

How Can You Develop Machine Learning Applications?

Cloud providers such as Microsoft, IBM, Google, and Amazon’s web service division have now created their machine learning services. This enables developers to build intelligent applications that learn from a freely selectable database without special machine learning know-how. At IBM this platform is called Watson, at Microsoft, it is Azure ML Studio, at Amazon it is Amazon Machine Learning and at Google Tensorflow and other platforms.

Besides, there is now a wide range of free, high-quality open-source software that makes machine learning accessible to a broad audience of data specialists and developers. At the programming language level, Python is particularly favored; Weka is a Java-based open-source software with numerous learning algorithms. Deeplearning4j is open source software programmed in Java that implements an artificial neural network. Finally, Apache Spark also offers a well-known machine learning framework on an open-source basis. Its extensive range of algorithms is constantly being revised and expanded.