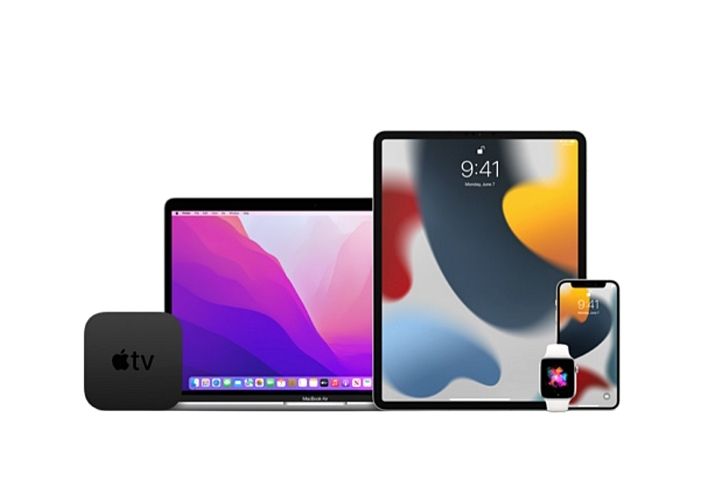 No new hardware, but tons of innovations for devices that customers already own: Apple announced numerous updates at the start of the WWDC conference. But you don’t have to get nervous about that now.

Those who expected new MacBooks or a new iPhone were not disappointed, and those who are already Apple customers were not. In an online keynote that lasted almost two hours on Monday evening, Apple showed which new functions and capabilities iPhone, Macs, iPad and Apple Watches will soon learn via updates.

The all-encompassing theme of the show was Apple’s devices moving even closer together. Several functions presented for one of the operating systems turned out to be available on all devices in the evening, regardless of whether iPhone, iPad or Mac. An obvious example is the Safari web browser, which has a new, more modern design and the option of grouping tabs that, according to Apple, should be available “instantly” on all of a user’s devices. So you can continue a surfing session that you started on the iPhone on the iMac – or vice versa.

But more exciting is a function called Universal Control. It enables a keyboard and mouse to be used with multiple devices, such as the MacBook keyboard on the iPad and iMac at the same time. In combination with the continuity technology, which makes it possible to transfer data in real-time between Apple devices, it would be possible in the future to work on a project, such as a video, on several Apple gadgets at the same time, using the specific skills and Use apps of the respective devices. It remains to be seen how intuitively this technology can be used in practice.

iOS 15 And iPadOS 15 Learn To Read Text In Photos

Most of the time, Apple’s manager is devoted to the future iPhone operating system iOS 15, whose chat apps iMessage and FaceTime will be massively expanded. For example, FaceTime will make it possible via a function called SharePlay to watch films, listen to music or share the screen, for example, to browse apartment offers in an app and talk about what you are currently seeing and hearing. In addition, it should be possible to plan FaceTime chats and invite them with calendar invitations. This should also include Windows users who can be connected to the video chat via the web browser.

The “focus” function of iOS 15 falls more into the wellness area. It enables users to define when and where they want to see which messages. So, for example, you can specify that you do not like to be shown any messages at home or have the software mute everything before going to bed.

With “Live Text”, Apple wants to extract information from photos, such as which plant has just been photographed. The handwritten text should be translated directly into computer text by the system, and telephone numbers can be dialled now from a photo, announced Apple.

And the Apple Maps map app has also been optically upgraded. It now partly looks like a very realistic city building game. A function was shown that should lead you back on the right path if you get lost. It will be enough to scan a few buildings with the camera in Apple Maps. For the time being, this will only be of practical use for a few, as this function has only been announced for six US cities.

One of the data protection innovations of iOS 15 and iPadOS 15 is that Siri’s speech recognition can now run entirely on the device itself. In addition to the fact that no voice recordings are sent to Apple’s server, this should also be faster than doing voice recognition in the cloud. Of course, the prerequisite for this is a device with at least one A12 chip, such as the iPhone XS and iPad Air 3.

Incidentally, if you like, you can still share your voice recordings with Apple to improve the service. However, the company repeatedly emphasizes that such data is only processed in a strictly anonymized manner. Therefore, many users will probably not select this option.

With a function that Apple calls “private relay”, the group wants to give its users more privacy on the Internet and the opportunity to surf anonymously. Like a so-called VPN, the system disguises the origin of the access to a website, thus anonymizing the user. In addition, according to Apple, the system is designed in such a way that even Apple cannot identify the author. Unlike a VPN service, however, the system does not make it possible to simulate a different location, which many VPN users do to use American streaming services that are not available in their country.

A feature called “Hide my Email” is also intended to generate throw-away email addresses that can be used to log in to services without being recognized. Like “Private Relay, ” this function is only available to customers with a paid storage subscription for iCloud. The option of displaying which apps access functions such as the camera, location data, and the like is available to all users as an “App Privacy Report”.

Since introducing the new iPad Pro, it has been clear that something has to move with iPadOS. In its latest incarnation, Apple’s tablet is equipped with the same M1 processor found in the new MacBook Pro, the MacBook Air and the new iMac and ensures high performance with low power consumption. But to make this performance usable, iPadOS has so far lacked an easy way to use its multitasking capabilities.

IPadOS 15 is supposed to close this gap with a new multitasking menu, which makes it possible to juxtapose apps at the touch of a finger or place a second or third app on top of one or both of the already existing apps running.

In addition, iPadOS 15 will be equipped with already familiar capabilities to iPhones—for example, placing widgets that show a weather forecast or new messages on the home screen. Or the option to have apps automatically organized in an app library.

A function that ultimately connects all devices again was part of the presentation of the new macOS; This will enable “AirPlay to Mac” in the future, allowing iPhone and iPad users to use the screen of MacBooks and iMacs as a playback surface to display films and photos from their mobile devices.

As always, when Apple announces significant updates for its operating systems, the new software versions presented on Monday should also appear “in autumn”. By then, at the latest, there will also be new gadgets optimized for the updates. Paying developers, on the other hand, can now download pre-release versions. In addition, Apple has announced public beta versions for everyone for July.

Also Read : Pixel Buds A-Series Tried Out: Google’s 99 Euro Earplugs Can Do That.