HomeGADGETSApple iPad Mini And iPad (2021) Official: Everything About The New iPads
GADGETS 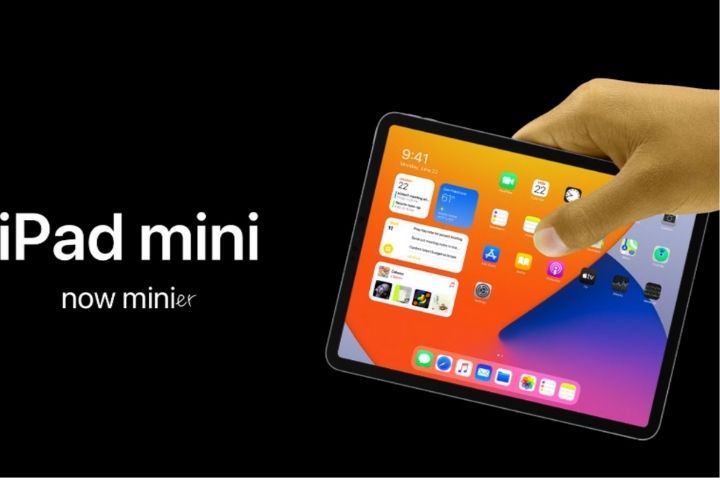 Somewhat unexpectedly, Apple started the September event with the iPad as the first hardware category and announced several tablets: a redesigned iPad mini for 2021 and a refreshed iPad for beginners.

Initially, anyone who expected the iPhone 13 was surprised by two new iPads, which many only suspected for a separate Apple event in 2021. The entry-level iPad has received a minor upgrade internally, while the new version of the iPad mini has been completely redesigned.

The old iPad mini from 2019 finally got a redesign and a decent hardware upgrade. The optics are at least mainly in line with the render images that have already surfaced in rumors. The new-look is not entirely unknown, however: Apple has practically adopted the design of the iPad Air from last year and shrunk to the size of the iPad mini. The new Liquid Retina display has grown from the original 7.9 inches to 8.3 inches with even edges. In addition, the wide P3 color range and True Tone are now supported.

As with the Air model, the Touch ID sensor is now hidden in the power button for more viewing area. The front and main cameras have also been upgraded. The center stage mode can now be used for automatic centering during video calls with the ultra-wide-angle selfie camera. The latest chipset from Apple works inside the new iPad mini: A15 Bionic. Creatives can also benefit from the 2nd generation Apple Pencil and the new USB-C port, which we already know from the Pro models.

The iPad mini can already be pre-ordered in a WiFi-only version and optionally with 5G connectivity for 549 euros in the cheapest version with 64 GB of storage before it is delivered at the end of next week, on September 24, 2021. With a 5G modem, you pay at least 719 euros. If you choose 256 GB of data storage optionally, the price rises significantly to 719 or 889 euros. When it comes to color selection, Apple has also added a total of 4 colors: space gray, rose, violet, and polar star (gold?).

In addition to the iPad mini, the cheapest tablet from the Cupertino company has also been refreshed a bit. Above all, a new chipset was used here to increase the performance compared to its predecessor. The design of the new iPad 10.2 remains unchanged. Inside, an A13 Bionic now provides more power than we know from the iPhone 11. The display now also supports True Tone, which should ensure a more pleasant picture.

In addition to the faster chipset, the front camera has also been improved. The 12 MP ultra-wide-angle camera enables the Center Stage follow-up mode for video calls as with the iPad mini. A welcome upgrade is a primary memory for files to 64 GB from 32 GB. Of course, you would have liked to see a little more here. A version with 256 GB of internal memory is also available as an option.

The new entry-level iPad can also be pre-ordered from now on. The release will go on sale on Friday, September 24, 2021. The cheapest version of the new iPad starts at 379 euros for the WiFi version. With LTE support, at least 519 euros are due. More storage costs you 549 or 689 euros. The choice of colors is generally limited to just two options: space gray and silver.