HomeGADGETSApple TV 4K In The Test: Do You Need This Box?
GADGETSREVIEWS

Apple TV 4K In The Test: Do You Need This Box? 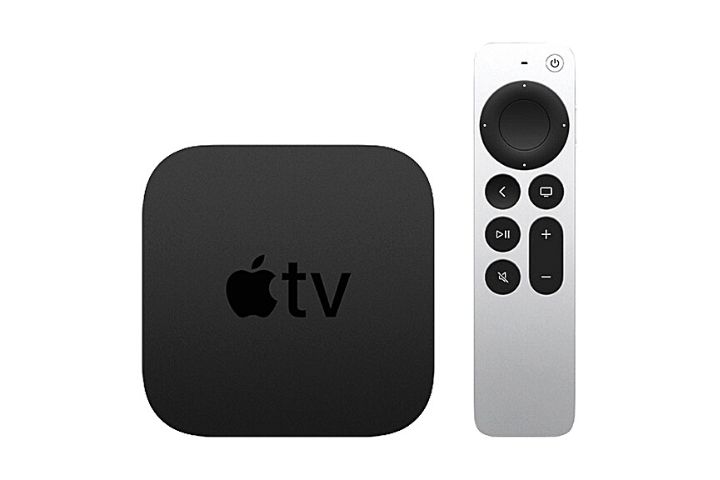 Apple’s new TV box looks exactly like the old one and, at first glance, doesn’t do much more. But the impression is deceptive. Whether you need the innovations today is another question.

Given the product cycles, one could believe that Apple TV hardware is still a hobby for California. This is what Steve Jobs once called the streaming box. There is hardly any other explanation why there is a new version only after a four-year break and why it does not differ at all from its predecessor, at least externally. Apple’s TV box has had the same basic design for eleven years, just got a little thicker over time, and has fewer and fewer connections. Even the price has remained unchanged: 199 euros for the version with 32 gigabytes (GB) of memory, 219 euros for the 64 GB version.

As is so often the case, what is more, important is what has happened inside. There is a new chip in it, the A12 Bionic, which already served as a drive for the iPhone XS. Of course, it has more power than the A10X-Fusion chip of its predecessor, but you don’t notice it. The new Apple TV 4K feels just as fast as its predecessor and is fast enough for everything you do with it: watching films and series, trying out apps, playing games.

Wi-Fi 6 now provides WLAN under the hood, is friendly and future-proof but should currently make no difference for many users due to the lack of a Wi-Fi 6 router. The same goes for thread integration. This technology is supposed to be the future of intelligent home networking; dozens of manufacturers have committed themselves to the new standard. But at the moment, like Wi-Fi 6, hardly anyone has the technology at home.

By contrast, almost everyone in Germany has a television. And the Apple TV 4K is connected to it via HDMI. The new model supports version 2.1, which offers several advantages over version 2.0 in the previous model, such as almost three times the bandwidth, enabling higher resolutions with more frames per second. With the Apple TV 4K, this means that it forwards films in 4K resolution with high image dynamics (HDR) and Dolby Atmos overall sound at 60 frames per second to the TV, provided that it can do something with it.

More important, however, is an innovation that puts Apple’s decision to discontinue production of the HomePods in a strange light: thanks to HDMI 2.1, the box now also supports the so-called audio return channel (ARC), which is known as ARC or eARC, recognized at HDMI sockets.

This feature makes it possible to use Apple’s loudspeakers for all content played on the television, regardless of whether it is Netflix, the regular TV program, or a game console. And that with Dolby Atmos too. This suggests that the last word on the HomePods – and possible successors – has probably not yet been spoken by Apple.

If you want to let it rip in your ears, but not in the ears of others, you can also connect up to two pairs of AirPods, AirPods Pro or AirPods Max, to the device and enjoy great sound even deep in the night while family and neighbors sleep undisturbed. Of course, many TVs also offer the option of pairing headphones via Bluetooth.

The only external appearance that has changed is the remote control, which is now made from a block of recycled aluminum and is the real highlight for many. Apart from the fact that it is larger and heavier than the previous model, the arrangement and function of the buttons have been fundamentally changed. A rotating bezel has replaced the rectangular touchpad with a touchpad. Very practical: As soon as you have pressed the pause button, the rotating ring becomes a fast forward and rewind button, which you can use to wind through long films much faster than before.

The clever solution is that the Siri button is now attached to the side, i.e., exactly where you have to press the current iPhones to call up Apple’s digital assistance function.

Color Theory With The iPhone

It would help if you also had a current iPhone with Face ID to use a new function that can be used to calibrate the color rendering of the TV. To do this, sensors on the Apple cell phone measure color bars displayed on the television by the Apple TV. A specific color profile for the respective TV is then calculated from these measurements.

That sounds great. It’s straightforward and only made a barely noticeable difference to the original image in my test. Have I set my TV that well? If you want to use color calibration, you should note that it is only practical using the Apple TV. As soon as you switch to another video source or the TV program, you will see the non-calibrated picture again. The feature was introduced on older models with tvOS 14.5.

The question remains who needs such a device. After all, many current televisions already have at least the essential streaming apps from providers such as Netflix, Amazon Prime Video, Disney +, and often Apple TV + onboard or can install them. Older devices that do not have this, on the other hand, are often technically unable to use the capabilities of the new Apple TV because they have neither 4K resolution nor HDR.

👍 Audio output on HomePods and AirPods

The new Apple TV 4K is a great streaming box, no question about it, especially for iPhone users who stream via the small box and want to watch their videos and pictures from the iCloud or play from their mobile phones. Some may even use such a device as a game console replacement or use it to search for their vacation flights with apps like Kayak, but the core competence of the little black box is and will remain digital television.

And if the TV doesn’t know any apps, you can get that with a Fire TV Stick from Amazon or a Chromecast from Google for a fraction of what an Apple TV 4K costs. However, you have to do without Dolby Atmos via HomePods, color calibration via iPhone, and extras such as Wi-Fi 6, support for thread networks, and HDMI 2.1.