HomeGADGETSBrightly Colored, Super-Fast, And Slim: Apple's New iMac Can Do That.
GADGETSREVIEWS

Brightly Colored, Super-Fast, And Slim: Apple’s New iMac Can Do That. 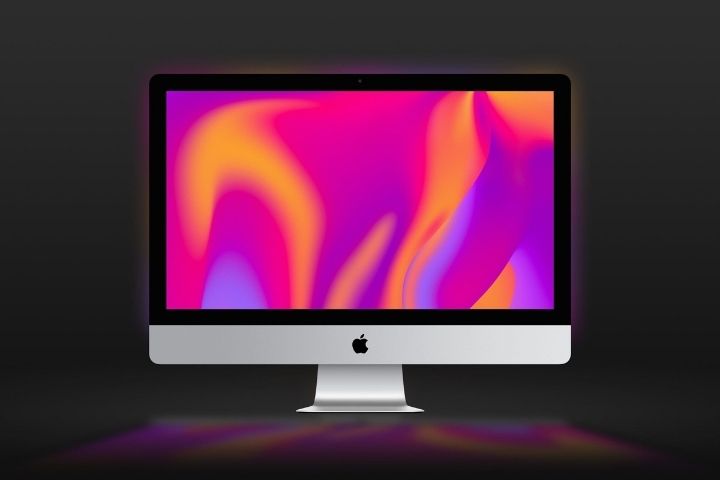 With the 24-inch iMac, Apple is trying to reinvent its desktop computer after more than two decades. Our test shows whether that worked.

In the past few years, it has been relatively easy to decide which iMac model to use. The most important criterion was usually the available budget because the design had hardly been changed for years. For more money, you got more power, more memory, more screen.

It’s different with the new iMacs: There is more memory for more money, but the performance always remains the same because they all have the same M1 chip in the new MacBook Pro, the MacBook Air and soon also the iPad Pro. What still makes a choice difficult is the question of what color you want the Apple computer in because, for the first time in 20 years, Apple is no longer offering its iMacs in silver or black, but in red, green, blue and orange, pink and purple, i.e. violet.

With the new colours, the iMac has also got a new housing that shows the possibilities Apple’s M1 chip opens up for designers. It’s less than twelve millimetres thick, so it is slimmer than my little finger and looks better too. However, the noble look has one drawback: the display can only be adjusted in its incline, but not in height.

Apple’s designers have made unpacking an experience. The box opens like a puppet theatre. After taking out the computer, you open a flap behind which the accessories – cables, keyboard and so on – are draped like in a typical case. Protective cardboard in the colour of the respective iMac sticks to the screen of the computer. Apple is known for its attention to detail.

Remarkable: There is not a piece of plastic in the box. Everything is made of paper, even the handle, coloured in the same colour as the iMac.

The power cord is also attractive. Apple’s developers have rethought the plug and socket: Instead of simply plugging the cable into the computer, magnets pull it into the socket. This is important because the line can supply the computer with energy and with data if you will.

To do this, however, the connector must be correctly aligned. Because in the power supply, you will find a network socket via which the iMac can be connected to the Internet via LAN instead of WLAN, without having to plug a second cable into the computer. The maximum data transfer rate of one gigabit per second (GBit / s) is not faster than a good WLAN, but cable connections are often more reliable.

But Apple doesn’t want to spoil the look of its desk computer with lots of cables. The supplied accessories – keyboard, mouse and touchpad for the test device – are paired with the iMac via Bluetooth. For devices that need lines, there are four identical connection sockets on the back. Thunderbolt 3 sockets, which also support USB 4, USB 3.1, DisplayPort and via adapter DVI, HDMI, VGA and Thunderbolt 2. The other two are USB 3 sockets. But all four have the USB-C format – so to connect a simple USB stick, for example, you need an adapter.

A Question Of Format

With a diagonal of 24 inches, the screen lies precisely between the previous entry-level models with 21.5 inches and the high-end versions with 27 inches. So while normal users should be happy about the larger screen, professional users are already asking when the iMac with the M1 processor will also be available in large format.

Apple describes the resolution of 4480 x 2520 pixels as “4.5 K”, probably because it is between 4K and 5K resolutions. It is high enough for this format; I could only make individual pixels visible with a mineralogist’s magnifying glass. They cannot be seen with the naked eye. On the other hand, it is easy to see that the screen still shows details when watching a film, even in dark areas.

With a brightness that Apple specifies as 500 nits, it is also bright enough to display a good picture even in bright surroundings. In my home office, next to a wall window and directly under a ceiling window, it worked well in the test. The pleasant thing is that you don’t have to intervene manually, but a light sensor automatically regulates the brightness.

The Silence Of The Fans

In terms of performance, there’s nothing to be said about the iMac that hasn’t been said about the MacBook Pro. Performance measurement programs like Geekbench attest the all-in-one computer has the same values ​​as the Apple notebook, which is not surprising. After all, both are equipped with the same processor, the Apple M1.

Suppose you’re working on a very demanding project, like 4K video editing, for a long time. In that case, the iMac’s more significant case and possibly more powerful fans could make a difference because they can cool the processor better. However, during the week-long test, I was unable to push the processor to its limits.

The sample project by “Billie Eilish,” the song “Ocean Eyes,” supplied with the Logic Pro X music software, only brings a weary smile from the chip with its 36 audio tracks, 24 of which are vocals. The load on the eight computing cores hardly rises above 25 per cent. So I can’t say how loud the iMac’s fans are if they start.

Hear And Be Heard

Of course, the fact that the fans are so quiet ensures that you can better hear what the speakers are producing. And that is a full soundscape, at least when watching a film, which is astonishing given the narrow housing. You shouldn’t expect party-suitable volumes from the tiny speakers.

Nor should one trust Apple’s advertising promise that the iMac’s microphones are studio quality. Yes, in video conferences, they enable easily understandable voice transmission, and helpful voice notes can also be made with them. Nevertheless, they still record too much of the room so that you can easily sound like you’re sitting in a barrel. The webcam, on the other hand, is a natural step forward. With full HD resolution and some algorithms that improve the image in the background, it ensures a clean appearance in Teams, Zoom, FaceTime, etc.

I can’t get used to Apple’s idea that an iMac could also be used in the kitchen or bedroom. It fits better in the living room, home office or student dorm. With the large, bright screen and compelling speakers, it is suitable as a computer for everything, whether surfing the web, working or Netflix. Or cut videos, edit pictures and compose songs. And because it is based on the M1 chip, you can also use iPhone and iPad apps on it, which is sometimes more, sometimes less pleasant.

In any case, it is gratifying that the new iMac is finally getting colour again 20 years after the last colourful iMacs. In return, unlike his early predecessors, he doesn’t run out of breath at work. My test device was well equipped with 16 GB of RAM and a 512 GB SSD, but it is not exactly cheap with a price of 2264 euros.

The basic model is significantly cheaper at 1449 euros but also slimmed down. The fact that the graphics chip only has seven computing cores instead of eight should hardly matter. The keyboard is supplied without the Touch ID fingerprint scanner, and the power supply unit without an Ethernet connection even more. At Apple, you can book both together for 76 euros extra.

Also Read : “Where Is?” For Third-Party Providers: In The Future, iPhone Will Find Bicycles, Headphones, And Backpacks