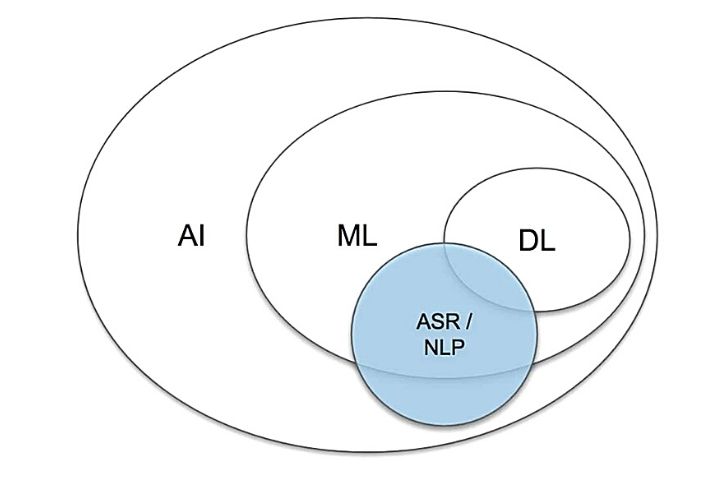 There is an inflationary variety of different terms around the topic of artificial intelligence. Today we want to clarify what they mean.

Do you sometimes get your head spinning when terms are thrown again that is so scientific and technical that they cannot be interpreted with common sense alone? Such a ticket of concepts developed the topic “Artificial Intelligence” artificial intelligence. There is talk of “deep learning,” machine learning, neural networks and “natural language processing.” We, therefore, want to try to put you in the picture about the different meanings without becoming too scientific.

All technologies used in connection with the provision of intelligence services previously reserved for humans can be found under the generic term AI. AI is, therefore, nothing more than a collective term nowadays that you use when you don’t want to go into too much detail.

Within the AI, a distinction is made between the so-called strong and weak AI. The strong AI a state in which a machine is described as capable of anything that a human would be capable of. It is also the strong AI that exerts the greatest fascination on filmmakers. The concept has not yet gotten beyond the philosophical level.

On the other hand, the weak AI deals with transferring individual human abilities to machines, such as recognizing text, image content, playing games, speech recognition, and so on. Rapid progress has been made here for years.

NLP, which can be translated as “processing natural language,” is a reasonably old research area within the human-machine interface research and has only been correctly subsumed under the umbrella term “machine learning” for a few years. In the past, attempts were made to cope with the machine processing of written and spoken language with the most extensive sets of rules. That is why it was hardly possible to report any significant progress.

Only the methods of machine learning accelerated the development of NLP, essential tasks of which include optical character recognition (OCR), translations between different languages, automatic answering of natural language questions and language recognition itself.

“Deep learning” is a sub-area of ​​machine learning and the area that will change our lives the most in the next few years.

So it is not wrong to say that “deep learning” is a learning method in machine learning. Using neural networks, the machine enables itself to recognize structures, evaluate this recognition and improve itself independently in several forwards and backwards-directed runs.

For this purpose, the neural networks are divided into several layers. You can think of this as a filter that works from the coarse to the fine and, in this way, increases the probability of the recognition and output of a correct result. The human brain works similarly.

Basically, “deep learning” methods with neural networks are always meant when artificial intelligence is mentioned. The rapid progress that has been achieved in recent years through “deep learning” is primarily because there is increasingly powerful hardware for the necessary arithmetic operations on the one hand. Still, also ever-larger amounts of data unproblematic for the initial training of the neural cells on the other networks are available.

After this initial training, the “deep learning” process consists of constantly learning new things while the application is running. Such systems optimize themselves, so to speak, constantly, whereby the recognition accuracy and the benefit of the result are increasing.

Such a task could consist of identifying all those pictures from a pool of photos that show cats. The question of depicted animals would be a bit easier, but deep learning is supposed to do something.

Now the developers would feed the machine with all available cat pictures; Photographed in summer situations, taken in winter, in the rain, heat, under the sofa, small and large, black and white cats. For us, humans, recognizing cats is, of course, not a problem. The machine first has to learn what the animal looks like to then develop recognition patterns from it. After the training, you put photos in the front of the machine that was not part of the initial training and see what the system delivers.

The exciting thing is that once the machine has internalized the process, it can work far faster than humans. While we would indeed have to think in terms of days to recognize 1,000 cat pictures from a pool of 50,000 photos, a corresponding artificial intelligence could perform this task in seconds or minutes, depending on the computing power.

AI or “Artificial Intelligence” or artificial intelligence is the generic term to describe all research fields that deal with the provision of human intelligence services by machine. NLP or “Natural Language Processing” deals with the recognition and processing and the corresponding output of natural language texts in written and spoken form. “Machine Learning” or machine learning generates the generic term for all methods that enable machines, knowledge from experience, and so on to learn. “Deep Learning” with artificial neural networks is a particularly efficient method of permanent machine learning based on a statistical analysis of large amounts of data (big data) and the most important future technology within AI.

Also Read : How AI Can And Will Change Processes In SMEs

Carol Eunice
My interest in Computer Science has led me to explore the field of Machine Learning. From an ML enthusiast in my college days (2017-2021) to a Machine Learning Engineer at Wavelabs Technologies, I have come a long way in terms of knowledge and skill.  My interests are not limited to finding out the best algorithms to get the desired results, but also span entrepreneurship, web development, poetry, books and volunteering.
RELATED ARTICLES
SOFTWARE