HomeBUSINESSDigitalization During Pandemic - This Is How The Sales Turned Out
BUSINESSTECHNOLOGY

Digitalization During Pandemic – This Is How The Sales Turned Out 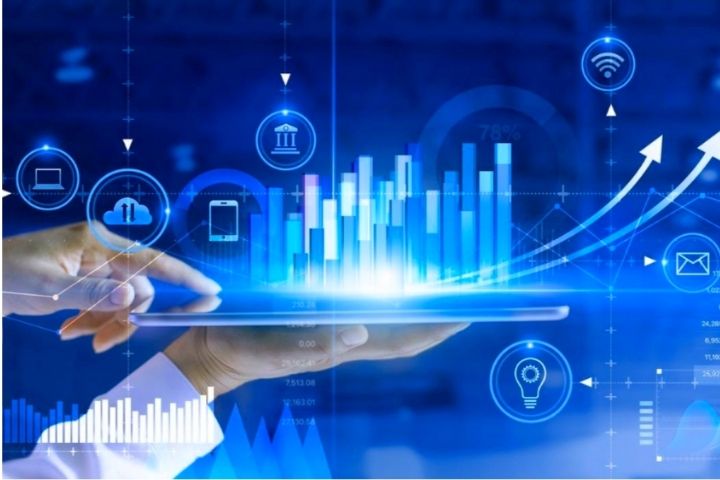 If we think of the corona pandemic and its economic consequences, the empty offices, cancelled trade fairs, or the permanent and cross-industry uncertainty inevitably shoot into our heads. Sales, in particular, which has always lived from human contact, had to find new (digital) ways for the tried and tested processes. In the State of Sales 2021 the CRM provider Pipedrive examines the status quo in the sales industry; asks over 1,700 sales experts worldwide. One of the key results: The sales department has largely succeeded in implementing the digital emergency plan.

The digitization of sales in Germany did not, of course, only begin with the outbreak of the pandemic. Nevertheless, the crisis turned out to be a real catalyst. Digitalization tools that make the everyday life of sales teams easier and transfer formerly analogue processes to the digital world are more in demand than ever. Because remote work and the temporary end of the face-to-face “sales” business through social distancing and co. Has also convinced the last digital refusers of sales technologies.

That was by no means always the case. For too long, sales has been a prime example of well-tried and analogue methods: contacts to potential customers often originated from traditional trade fairs and events, sales teams often held product presentations directly at interested parties, and meetings with existing customers also benefited from the “face-to-face” approach. Exchange. These processes have proven to be profitable over the decades – and have established themselves accordingly. Before the pandemic, most of the tasks were therefore still carried out by hand, and one or the other digital adjustment screw was turned simultaneously, for example, in the form of personalized email marketing or digital databases. In the course of the pandemic, however,

Success Thanks To The Adaptability

And so, decentralized sales teams can hardly do without supporting technologies—whether in internal communication, lead generation or the development of marketing campaigns. Almost 80 percent of sales employees worldwide already use such digital solutions. Too often, these tools were implemented in the teams but rarely used effectively. With the pandemic, this changed. Almost six out of ten sales employees surveyed stated that they had become more successful within the last twelve months. But how is that possible? In times of tight budgets, both on the consumer and corporate side? In particular, the switch to digital tools is putting sales reps worldwide back on the road to success.

Technologies and automation tools for generating and qualifying leads are represented in the “Corona year” with 63 percent and eleven percentage points more than the previous year. Of the sales employees who use such technologies, 63 percent achieve their sales targets despite challenging conditions. Just over half of those who did not have technology and automation tools at their disposal fell short of expectations in the same year. The “pen and paper” generation is slowly but surely drawing to a close. Only four percent follow their sales manually.

Nothing Comes From Nothing: Overtime In Sales Is The Norm

But the successes from last year have their price. Sales reps around the world regularly work overtime. 63 percent of you work more than 40 hours a week, and one in four even works over 50 hours a week. In addition, there is weekend work, which in many cases is not paid. While in Spanish-speaking countries, less than one in ten people are born to work on the weekend, it is at least one in four in English-speaking countries. More than a third of all respondents get paid for additional work on Saturdays and Sundays in the DACH region. With around 40 hours, the regular working week is also the most common in German-speaking countries in a global comparison: 36 percent are happy about family-friendly working hours in this country.

However, companies’ digital investments are finally paying off because they make work more accessible and more efficient. Especially in lead qualification, which costs sales employees the most time, tools categorize the leads according to predefined factors – and thus save employees’ resources, which can be used for customer care and sales.

In addition: digital tools ensure a significantly higher volume in sales. On-site product demos or manual research for new leads have given way to zoom meetings, online demos and automation. And these digital sales and lead gen channels can now be scaled much better. Instead of driving the car for hours from appointment to appointment, salespeople can hold video calls one after another. Or instead of talking to potential customers for minutes at trade fairs at your stand – and at the end only exchanging a business card – the software compiles and qualifies suitable leads.

Rightly Proud Of What Has Been Achieved – And Yet Underestimated?

Many sales employees navigated their teams safely through the pandemic and thus ensured solid sales for their employers. This is one of the reasons why 91 percent of you are proud of your role in sales. After all, the success or failure of a company depends directly on bare sales figures generated by hardworking salespeople. With increasing technological developments, far away from pandemics and recession, sales staff demand has been growing for years: Products and services are becoming increasingly complex and specialized, and it is not uncommon for engineers and developers to expect corresponding technical know-how in sales discussions. The already high pressure was increased again when the economy collapsed.

Even though sales employees impressively demonstrated how valuable their work was during the Corona crisis, 61 percent of you still feel underestimated. That’s nine percent less than in 2019. It should come as no surprise if this number continues to melt in the coming years. After all, nine out of ten sales employees believe that their professional function will positively impact the economy in 2021. If this assumption is correct, the well-deserved appreciation of other business areas will not belong in coming.

Also Read: The Future Of Work: Our View Of Things