Does Using A VPN Protect Against Malware? 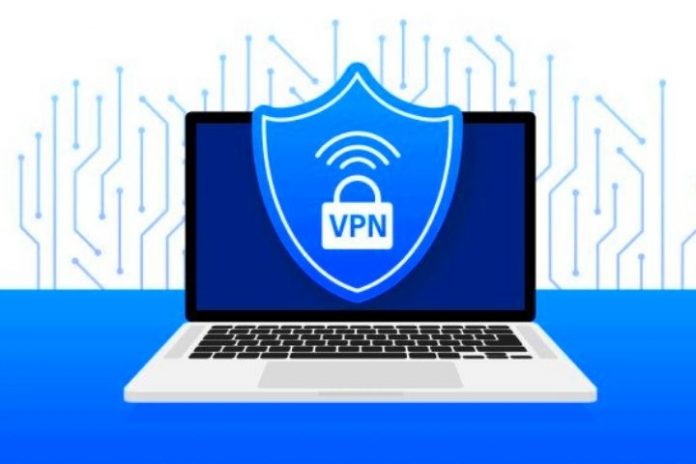 This year, threat actors will steal over 33 billion files from unsuspecting users. Identity theft alone affects over 60 million Americans – and those numbers don’t include the millions more who have been hit by phishing emails and cyber extortion attempts.

It’s safe to say that cybersecurity is one of the most critical issues of the 21st century. And the statistics reflect that. Over 80% of Americans are concerned about their digital security. To contain the threats, millions of people turn to Virtual Private Networks (VPNs), which give them safer access to the Internet. Over 25% of all Internet connections now run through VPNs. You can also download Surfshark VPN for protection of files.

But do they also work? Are VPNs secure enough to prevent cyberattacks?

Virtual Private Networks (VPNs) help people to access the Internet anonymously by routing and encrypting their data traffic through servers outside of their local network. VPN technology can get hyper-complex. But if you want a simple overview, you can learn more here.

So What Can VPNs Do?

This post focuses on the latter. But it’s important to remember that VPNs weren’t just created for security. They have hundreds of functions and are an essential part of the global privacy and security debate – and the daily lives of millions of people.

The answer to this question is nuanced and depends on the type of cybersecurity attack being carried out. By and large, VPNs address many vulnerabilities that threat actors exploit to break into networks. But in detail, specific attack vectors can easily bypass a VPN – especially if they come from your own home.

To better answer that question, this post will be broken down by type of cybersecurity attack.

No! Popular VPN services like Surfshark, NordVPN, and Express vpn have encryption protocols and built-in security features but cannot protect against biological viruses. Instead, you should rely on anti-virus programs that are updated regularly, are well-regarded and have a good reputation, and install a VPN app on Android. It is important to note that VPNs themselves can also be affected by malware and viruses. For those using free VPNs on a crowded server, VPNs can even create additional security problems – not prevent them. Since these large servers are a big target for hackers, it is essential to use reputable VPNs that offer a lot of support and server space (note: these are almost always a paid service).

So when a person connects to a local WiFi hotspot using a VPN, they don’t have to worry about malicious individuals stealing their credit card information, passwords, files, or anything else. Your data traffic is directed to an external server via a secure, encrypted connection.

This also makes VPNs incredibly valuable to those who want to stay private online. Threat actors, ISPs, and website owners cannot determine location, identity, or trace information from a computer with a VPN.

No! VPNs cannot prevent someone from physically hacking a computer. VPNs are for connection only, not physical security. Passwords, two-factor authentication protocols, and robust identity controls are the primary methods to protect physical servers, computers, and cell phones.

For companies looking to improve their security posture, investing in solutions like identity controls and least privileged access methods in addition to VPNs is a smart move. For private individuals, it is sufficient to lock the device with a password and activate 2-factor authentication to prevent physical hacks.

How Do You Protect Yourself With VPNs?

Every 39 seconds, a hacker attacks someone and tries to steal their valuable information. These attacks can cause significant stress and financial loss for those affected. 77.3% of identity theft victims report emotional distress, and there is a new identity theft victim every 2 seconds – it affects 33% of adults in the United States.

These are huge numbers! Proper use of VPNs could help reduce that number significantly. While VPNs can’t prevent viruses or malware from attacking the systems, they can protect users from hackers who try to steal their data in transit. This makes up a significant fraction of the total threat attacks carried out in the United States and abroad.

But cybersecurity is just one of many reasons to use a VPN. They help protect yourself from nosy governments and individuals, protect information from prying eyes, help bypass firewalls and other restrictive elements, and improve speed, reduce privacy issues, and provide access to regionally blocked content from around the world.

In other words, VPNs can do a lot more than keeping computers safe.

There is often confusion about what VPNs can and can’t do. Many people believe that just connecting to a VPN will protect them from being attacked online. Other people think that VPNs do not offer any security benefits. The answer lies somewhere in the middle.

Yes! VPNs can help protect against malicious threats. No! They are not a panacea for cybersecurity attacks. The easiest way to explain this is this: VPNs can help protect data from prying eyes and hackers with the help of encryption technology, but they cannot prevent viruses, malware, or physical threats from stealing information. That makes VPNs a unique cybersecurity tool, but not one that offers comprehensive coverage. Invest in VPN technology AND virus protection and identity control to cover all of your cybersecurity bases.