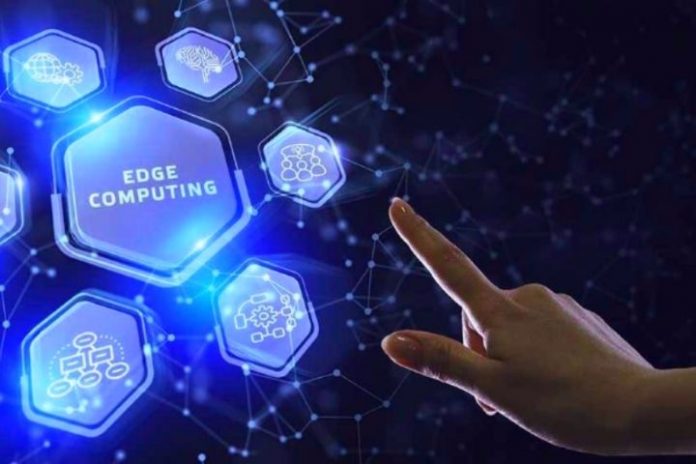 According to IoT Analytics , up to 11.3 billion devices of various types are connected to the Internet worldwide. The analysts assume that despite the pandemic and the shortage of chips, this number will rise to 27.1 billion by 2025 and thus double. On closer inspection, it becomes clear that devices in the industrial environment connected to the Internet are experiencing a real boom. The further away the computing capacities required for processing are from the sensor, the more difficult it is to maintain low latency. Edge computing comes in to solve the problem of long data paths

The idea of ​​the Internet of Things is straightforward: Devices capture information from their environment and send it to a central point for further processing. For example, this can be a sensor on a wrist, regardless of whether it is a smartwatch, a fitness bracelet, or a heart rate monitor. The information is then sent to a server for processing and then sent back to the sender. Such a process is accompanied by an absolute tsunami of data streams that require more computing capacity and increase the associated costs. In addition to the private sector, this amount of collected and sent data will open up new opportunities in the industrial environment. There it will be of vital importance.

The IIoT, i.e. the industrial IoT, makes it necessary for every factory or production line to have a central location for data processing. Sensors that appear in the production environment at a density of five to ten centimetres in the systems will generate information that will result in an overwhelming amount of data streams. To keep the costs of transporting the data streams low, this service should be on-site as possible and thus close to the data source, and this is where edge computing comes into play. The new technology buzzword enables information to be recorded, collected and processed locally. An example: a forklift truck drives autonomously through the aisles of a warehouse and uses its sensors to measure the distance to objects in its vicinity. If the sensors report an object or a person in the way, the truck stops. However, this has a domino effect on data traffic. Because when a machine stops, all other associated processes have to be halted and reassessed.

The IoT concept relies on the information flowing quickly. Because the more sensors are involved, the more decisions have to be made simultaneously, which, however, affects the speed of data processing. Especially when it comes to security, some decisions have to be made in the blink of an eye: less than 15 milliseconds are set as processing speed in critical environments. A person needs this period to smell something and to locate this smell in the brain. The further away the computing capacities required for processing are from the sensor, the more difficult it is to maintain low latency. Edge computing comes in to solve the problem of long data paths.

With the necessary technology in an intelligent box at the edge, millions of IoT devices can be connected via the cloud. Thus, decentralized data processing can be achieved on the “edge” of a network near the data source. This intelligent box at the edge of the network takes on various functions in edge computing. It contains software for the processing processes within a container and maps virtual functions there. This enables the status control and maintenance of the devices, for example, since the box can be controlled externally. Edge computing not only ensures low processing latencies, shorter data stream paths and thus lower costs,

As part of this vision of the future, large hardware racks in the data centre are being replaced by a handful of small, brilliant boxes on the edge of the network that can be used to orchestrate diverse processes. Access to the package can be controlled from anywhere. The hyper-scale providers take care of this with, for example, AWS Wavelength, regardless of whether it is about owning the smart home or the factory. Due to the almost unlimited possibilities of this technology, Gartner  has predicted a market potential of nearly 11 billion US dollars by 2026 for edge computing.

Augmented Reality (AR) applications are already demonstrating the potential of the edge. An example of an edge workload that requires low latency communication is using AR to locate goods in a warehouse. The warehouse workers use the routes displayed in their data glasses to navigate the ordered goods and pack them. The barcodes are scanned through these glasses, and the goods are recorded, and feedback is given to the ERP system. However, there are also dangers: The provision of AR workloads as an open service via a carrier network, for example, via a large telecommunications provider, exposes the service to other, untrustworthy users and thus to potential attacks, misuse and interruptions. This makes it clear.

Zero Trust has established itself as a security paradigm to secure user-based data streams to applications, regardless of where they are hosted. This granular nature of zero trust controls also makes sense when protecting workloads running in edge computing environments. Access to the isolated workload may only be granted from the authorized source, which protects this edge workload from unwanted access or even general visibility from outside. Since such an access concept is no longer provided via the traditional network level, it offers the granular protection required for shared edge services.

Cloud providers such as AWS are already working with Vodafone in Europe to enable secure access to edge computing applications. The demand for edge computing services will increase when companies recognize the competitive advantages for Industry 4.0 or areas of application for augmented reality, for example. Edge computing services then offer access to everyone who shares the network with the edge, and thus everyone who is connected to the operator network. In the future, a smartphone connected to the Edge service via a carrier network will be sufficient to access it. All other users of this telecommunications provider have neither insight nor access to the company-specific applications.

The telecommunications provider’s 5G offering ensures the required speed for access. In this way, an incredible number of applications in the production environment with intelligent factories, networked vehicles and new types of shopping experiences in retail will be possible in the future. By merging IoT use cases with edge computing, the required data transfer speed becomes a reality. Security must not be disregarded in the overall structure. The connection of Edge, IoT, and Zero Trust via 5G enables future application scenarios to be implemented securely and high-performance, protected from unwanted insight.

Tech Gloss
Tech Gloss is a site dedicated to publishing content on technology, business news, Gadget reviews, Marketing events, and the apps we use in our daily life. It's a great website that publishes genuine content with great passion and tenacity.
RELATED ARTICLES
CLOUD COMPUTING

Is It Worth Investing In Cloud Security?

Connecting IoT To Other Technologies