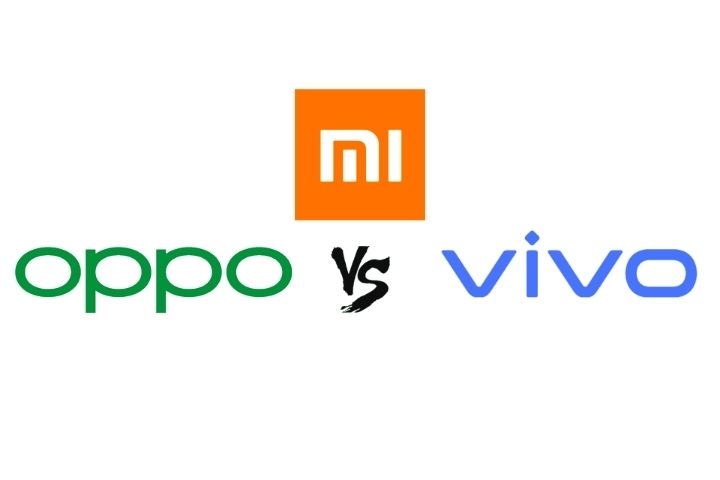 While Huawei’s star is sinking in the smartphone sky, other Chinese companies like Oppo, Xiaomi, and Vivo are trying to take their place. That can work, as a test of the upper-class model’s shows.

Do you know Vivo, Oppo, and Xiaomi? If not, that should change soon. Because the three mobile phone manufacturers – and a few others – are trying to occupy the space that Huawei previously held with their smartphones.

The US government has banned Huawei; many US companies are no longer allowed to work with the group, including chip manufacturers and, above all, Android supplier Google. As a result, Huawei’s importance is waning. According to Statista, Huawei smartphones’ market share fell from 20 percent to 8.4 percent between the end of 2019 and the end of 2020.

Companies such as Xiaomi, Oppo, and Vivo are now fighting for the shares lost by Huawei, which, according to Counterpoint Research, are third, fourth, and fifth after Apple and Samsung in terms of global market shares. But after Huawei has defended its position for years with primarily excellent and often innovative smartphones, the question now arises as to how good the competitors’ models are, which are fighting for Huawei’s position.

Oppo shows courage with the Find X3 Pro. Although the brand is hardly known in this country, the manufacturer presents a luxury smartphone with the device and prices it accordingly: the list price for the only variant of the Find X3 Pro offered in Germany is 1149 euros.

But you also get equipment that doesn’t have to hide from the competing models from Samsung, Huawei, or Apple: It has 5G, wifi 6, Bluetooth 5.2, and a 6.7-inch AMOLED display with 3216 x 1440 pixels. Also, a large double battery, a unique camera system, and an unusual, independent design in which the camera arrangement flows smoothly into the back cover.

The two main cameras – wide-angle and ultra-wide-angle – are equipped with identical 50-megapixel sensors—an unusual choice, but one that ensures consistent image quality regardless of the lens chosen. The telephoto camera, on the other hand, falls slightly with 13 megapixels. The microscope camera, whose sensor is only three megapixels and an aperture of f / 3.0, is remarkable. Because Oppo has placed a ring light around their lens, automatically activated when you select the lens, you can take great ultra close-ups that would not be possible with other smartphones.

Thanks to the Qualcomm Snapdragon 888 processor, the performance is at the top level, and the screen impresses with realistic colors and so much brightness that it can also be used in the sunshine. The battery life with endless video playback was an impressive 15.5 hours. As soon as the various options are activated to improve the video image (»Brighter HDR mode, «QHD + resolution, video image sharper), this value can be drastically reduced. But even then, the battery can easily be recharged. Both wirelessly and extremely quickly, the included thick 65-watt power supply fills the power storage in little more than half an hour.

What you can like but don’t have to: Oppo puts its ColorOS 11 surface over the current Android 11.

With the Mi 11, Xiaomi is also aiming for the upper class, but with a list price of 800 euros, it is less expensive than Oppo. Nevertheless, there is a fat equipment package: 6.8-inch AMOLED display, fast Snapdragon 888 processor, 5G, wifi 6, and Bluetooth 5.2 are also included here.

The Mi 11 also scores with an excellent screen that displays colors and contrasts vigorously but not exaggerated, has an ideal resolution of 3200 x 1440, and is bright enough in the sun. Chic: The back made of frosted glass looks good and doesn’t show fingerprints as aggressively as glossy surfaces.

The wide-angle camera of the Mi 11, on the other hand, shows quite a lot. Your sensor has a resolution of 108 megapixels, four of which are converted into one image pixel. You can use the full 108 megapixels, but on the one hand, the image files become very large; on the other hand, it is only worthwhile with very detailed motifs and good lighting. A 13-megapixel ultra-wide-angle camera and a tele macro camera with 5 megapixels are built into the back of the Mi 11.

In terms of battery life, the Mi 11 achieved a good, but not above average, battery life of 11.5 hours in the test. But here, too, you have the choice of charging the cell phone either wirelessly and therefore relatively slowly or with its 55-watt power adapter in just under an hour. You should know: Xiaomi has not had the Mi 11 certified according to an IP standard, so it is not officially protected against dust and water. A modified version of Android 11, which Xiaomi calls MIUI 12, serves as the operating system.

Vivo is an absolute newcomer to the German market and is starting right away with a luxury model, the X51 5G. Compared to the Oppo Find X3 Pro and the Xiaomi Mi 11, it has a slightly older processor from Qualcomm’s high-end drawer and the smallest, but not tiny, display at 6.56 inches. The X51 supports 5G but has built-in the older, more widespread wifi 5. Also, it is very cheap to get: It should cost just under 800 euros at launch, but the street price is now well below that. The low level of awareness is likely to fuel the rapid fall in prices.

The Vivo has a lot to offer: On the one hand, it looks damn good. As with the Mi 11, a frosted glass surface on the back ensures that fingerprints do not immediately catch the eye. On the other hand, it lies so well in the hand that it can be operated almost with one hand. Besides, there is a perfect AMOLED screen, which works with a refresh rate of 90 Hertz.

Above all, however, the camera system is well done. Instead of an optical image stabilizer, the 48-megapixel primary camera has a kind of mini-gimbal, i.e., a movable suspension. This not only ensures that wobbles are well balanced when taking photos but can also compensate for relatively rough wobbling when filming while moving, i.e., when you are walking, running, or cycling. Also, night shots are pretty good.

For the other three cameras, however, Vivo has come up with confusing names. There is a 13-megapixel “professional portrait camera” that is ultimately a double telephoto. A fivefold “telescope camera” and a “super wide-angle & macro camera” stand by her side, all of which deliver good images but do not match the quality of the primary camera. The »60x Hyper Zoom«, which blows up snapshots with artificially generated pixels, shouldn’t be used. On the other hand, it is also fun to get very close to small things with the macro.

The battery life was okay at eleven hours in the test. With regular use, you can get through the day with it, nothing more. It is all the more noticeable that Vivo does without the option of charging the battery wirelessly. The device offers a quick charge function that refills the battery in a good hour using the included power adapter. Like Oppo and Xiaomi, Vivo is unfortunately not satisfied with Android, as Google delivers, but pulls Android 11 over its Funtouch OS.

None of the three tested smartphones has to hide from the competition. The Oppo Find X3 Pro has an unusual design and an equally successful microscope camera that is simply fun. Xiaomi’s Mi 11 offers very extensive equipment and a display to kneel. Finally, the Vivo X51 5G provides an excellent camera, a good screen, and, thanks to its sharp drop in price; it is currently the price-performance tip in this group of three.