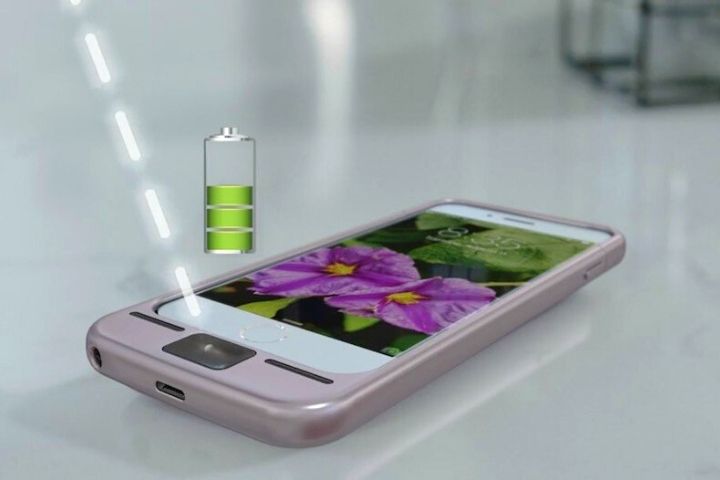 US researchers are presenting a process that can be used to charge smartphones by laser safely.

Anyone who no longer wants to plug their smartphone directly into the nearest socket when charging can now also find wireless charging stations for numerous models on the market. All you have to do here is put your device in a special tray – and the battery is refilled by induction. However, the manufacturers are still working on a charging technology to quickly charge your mobile device anywhere in the room without a particular charging station.

A study published by a team led by Vikram Iyer from the University of Washington in Seattle in the journal “Proceedings of the Association for Computing Machinery on Interactive, Mobile, Wearable & Ubiquitous Technologies” suggests what such a process might look like in the future: In it, the researchers present a method with which a smartphone can also be charged by laser.

For the process, which is admittedly a bit cumbersome at the moment, Iyer and his colleagues initially equipped their mobile device with a remote receiver on the back. This consists mainly of solar cells that convert the light of a near-infrared laser beam emitted by an emitter a few meters away into electrical energy, which is used to charge the smartphone’s battery. The scientists write that the charging process is as fast as when using a USB cable.

A narrow laser beam could cover an area of ​​25 square centimeters at a distance of a good four meters. However, it is also possible to enlarge the radius and cover a small table. On which the smartphone can then be placed anywhere and charged. The laser emitter detects the smartphone’s position using high-frequency beeps that cannot be heard by human ears but by the tiny microphones of the emitter. If the device is in the area covered by the laser, it will switch on and begin charging.

To make their process as suitable as possible in the living room, the researchers have also equipped emitters and receivers with many safety functions. For example, the laser switches off as soon as a person – or an object – threatens to cross its beam. In addition to the beam used to charge the smartphone, the emitter also sends four other, significantly weaker laser beams.

These guard beams are positioned around the main beam and are reflected in the emitter by special reflectors on the receiver. If one of the guard beams is interrupted, for example, the emitter switches off in a flash because a person approaches. Aluminum strips on the back of the smartphone ensure that excess heat is dissipated to the outside so that the laser can theoretically charge the device for hours. In principle, the scientists say, the charging process can also be applied to other devices such as cameras, tablets or even desktop computers.

Also Read – Future: Ten Technologies That Are Changing The World