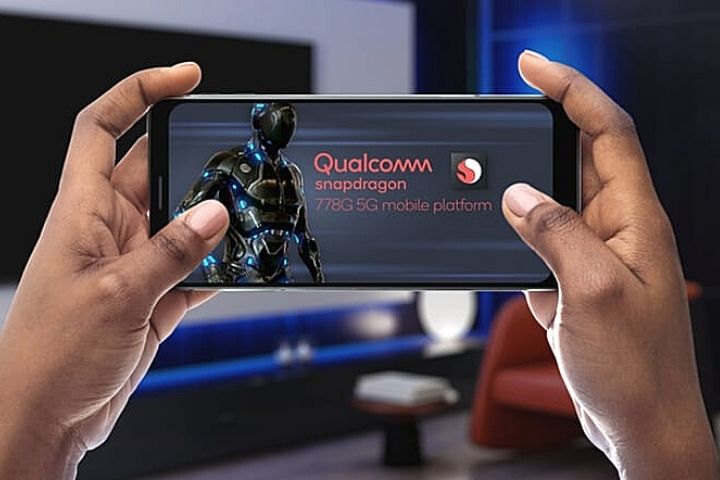 One from Samsung, one from TSMC: The Snapdragon 778G and Snapdragon 780G are produced by two contract manufacturers.

Qualcomm has introduced the Snapdragon 778G (SM7325), a system-on-a-chip (SoC) intended for premium smartphones. It follows the older Snapdragon 768G and has significantly more power, but above all, the SoC is no longer produced by Samsung Foundry but by the larger competitor TSMC.

The name of the Snapdragon 778G is reminiscent of the Snapdragon 780G, as Qualcomm frankly confirms when asked. The aim is to provide partners and customers with flexible solutions, which is why the commissioning of two SoC producers makes sense, especially regarding the current chip shortage.

Lots of similarities between the 778G and 780G

The other key data also sound very similar: The Snapdragon 778G uses a Hexagon 770 as an integrated DSP (Digital Signal Processor): It has a faster sensor and a faster scalar unit as well as its own SRAM memory. Thus, the combined inferencing performance for artificial intelligence should increase from 5.4 to twelve troops, which is good for photos with computational photography. The Spectra 570L is also available as an ISP (Image Signal Processor); it creates three 22-megapixel images in one go. Alternatively, one is shot with 192 megapixels, or a 4K video is recorded and taken simultaneously with 36 megapixels.

Other components of the Snapdragon 778G are a Snapdragon X53 for 5G with up to 3.7 gigabits per second downstream at sub six gigahertz or mmWave and a Wi-Fi 6E subsystem with 2 × 2 antenna configuration including Bluetooth 5.2 including Bluetooth LE for audio. Qualcomm assumes that the Snapdragon 780G will be in smartphones in the second quarter of 2021. Honor, iQoo, Motorola, Oppo, Realme, and Xiaomi were named as partners.