HomeGADGETSTrue Wireless Headphones To The Test: Good Sound Can Be Expensive
GADGETSREVIEWS

True Wireless Headphones To The Test: Good Sound Can Be Expensive 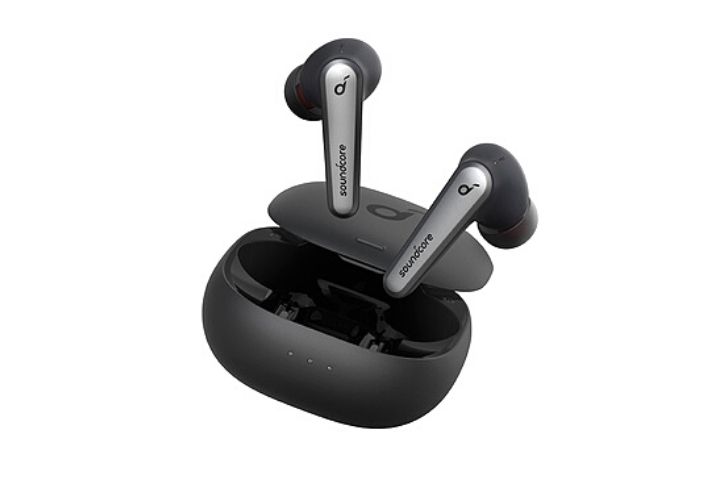 In-ear headsets for smartphones don’t need a cable or a high price to sound decent. Some even bring thoughtful extras. Nevertheless, they did not all fit in the test.

When I tested Sony’s WF-1000XM3 two years ago, I liked the sound and effective noise cancellation. But not the “kind of clunky shape that didn’t fit my ears.” Regarding the successors that the Japanese group has now presented, this problem has unfortunately not changed. Maybe my anatomy just doesn’t fit the device.

Sony is now supplying other earmolds, but they cannot ensure that the WF-1000XM4 glides smoothly into my ears. At least you can use the app to check whether they are sitting correctly.

Almost at the same time as the introduction of 3D audio with Dolby Atmos at Apple Music, these headphones presented a technology called “360 Reality Audio”, which is supposed to achieve a similar all-round effect when listening to music and a subscription to Deezer, Tidal, nugs .net or Artist Connection required.

It is bizarre how Sony wants to adapt the sound of its headphones to my ears: Where other manufacturers offer something like a hearing test via app or measure the ears with test tones, Sony’s app provides instructions that help you to hear an ear-file that is a selfie of his ears. Based on these photos, the frequency response of the earphones should then be adapted to a personal hearing.

The “speak-to-chat” function is pretty cool, as it ensures that the music stops automatically and the external microphones are switched on as soon as you start to speak. A few seconds after you have ended the conversation, the music is gently faded in again. Nice.

It is also nice that I could solve the malaise with the earplugs made of polyurethane foam, which are unsuitable for my ears, by instead plugging cheap silicone plugs from older headphones onto the Sony’s, which immediately noticeably improved wearing comfort and sound.

This Is How They Sound:

If they sit correctly in the ears, the WF-1000XM4 produces a pleasing sound image so that, for example, the very cautiously played bongos can still be heard in Robert Palmer’s “Bad Case of Loving You”. In “Walking In The Wind” by Traffic, the Precision Bass, meandering in middle registers in verse, wakes up to an intense thunder in the chorus. With its pounding bass drum and the roaring bass synth, “Wanderlust” by the Wild Beasts shows how well the Sonys manage to unravel even a mix so saturated with bass frequencies transparently. In short: they sound damn good.

The speech quality is so good: The combination of beamforming microphones, which are aimed at the mouth, and a bone-sound sensor ensures good speech intelligibility – even in noisy surroundings, such as on a busy street.

This is how long they last (manufacturer information): Up to eight hours plus a further 16 hours by charging on the case.

These are the extras: wireless charging function, splash-proof according to IPX4, 360-degree sound, active noise suppression.

When I tested the first Pixel Buds from Google almost precisely a year ago, I judged that they were pretty good if you could “do without intense bass reproduction” and that they were “a bit expensive at 199 euros”. I don’t want to boast that Google values ​​my judgment, but these two points have been ironed out with the new Pixel Buds A-Series: If you like, you can activate a bass boost in the settings and the price-friendly 99 euros have been halved.

You only have to do without a few things; for example, the charging case of the A-Series cannot be charged wirelessly. On the other hand, they sit very comfortably and barely noticeable in the ears and look good, especially in the olive-green version.

Like their predecessors, they work well with Google Assistant, change the volume, announce the weather forecast, or have the news read aloud. Google also emphasizes that they can also be used as a translation aid for conversations with people who speak another language. Still, for this, you need a paired Android cell phone – which can do the trick even without headphones.

Coupled with an iPhone, the Pixel Buds A-Series also enabled listening to music with Dolby Atmos, making the green earplugs sound a great leap forward. However, you have to do without some extras on the iPhone, such as the automatic adjustment of the volume, which only works with Android phones.

This is how they sound: For everyday use, the Pixel Buds A-Series produce a balanced, round sound from which nothing particularly stands out. The bass boost activated in the settings is so powerful that I find it overloaded in regular operation, i.e. in a quiet room. Things look different on the go, when jogging or on the bus, Google’s Buds can take the extra bass well. The sound is not suitable for the finely chiselled representation of intricately layered instrumentation in classical music or complex rock productions. For this, you have to dig deeper into your wallet.

The voice quality is so good: The beamforming microphones do a good job here. In the test, the speech was recorded well and, above all, loud and easy to understand. Only hissing effects, which can be heard with the sharp “S”, are annoying.

This is how long they last (manufacturer information): Up to five hours plus another 19 hours by charging on the case.

These are the extras: sweat and water-resistant according to IPX4

Also Read – Pixel Buds A-Series Tried Out: Google’s 99 Euro Earplugs Can Do That.

At Anker, they seem to be very careful when it comes to ear fitting, as the Soundcore Liberty Air 2 comes with no less than nine different sized silicone adapters. Adjusting the earphones to your ear pays off with better sound and passive shielding from outside noise. There is also active noise suppression here, adapted to the respective environment via the app. HearID calls Anker the possibility of using an app to create a sound profile tailored to your hearing ability. That worked well in the test, but the difference to the original sound was not significant, which can be individually different.

This is how they sound: The Liberty Air 2 Pro has a specifically focused sound on the extremes of the frequency spectrum. The bass is wonderfully round and bold, while trebles float over it, clearly separated. Only the midrange could be more pronounced.

The speech quality is so good: While speech intelligibility is good, the microphones also record many noises reflected from the room. Nevertheless: The anchors are well suited for making phone calls.

This is how long they last (manufacturer information): Up to seven hours plus another 19 hours by charging on the case.

You can also go swimming with the Free2, at least they are advertised as “completely waterproof”. However, this would also have to apply to the paired smartphone. The case can be charged by cable or wirelessly. The artistry makes a pretty good impression but cannot hide the fact that you deal with simple plastic.

This is what they sound like: Similar to the sound of the Earfun Air last year, the Earfun Free 2 also delivers a pleasantly rounded sound for their price. They don’t come close to the level of the more expensive models, and the deep bass range is also underexposed, but as I said: at a price, that’s okay.

The voice quality is so good: The Earfun are only moderately suitable for making calls. In my tests, voices on the Free 2 sounded heavily centre-weighted, almost like an old telephone.

This is how long they last (manufacturer information): Up to seven hours plus other 23 hours by charging on the subject.

These are the extras: Wireless charging function for the case; IPX7 waterproof earphones.