What Are Augmented Reality And Virtual Reality? 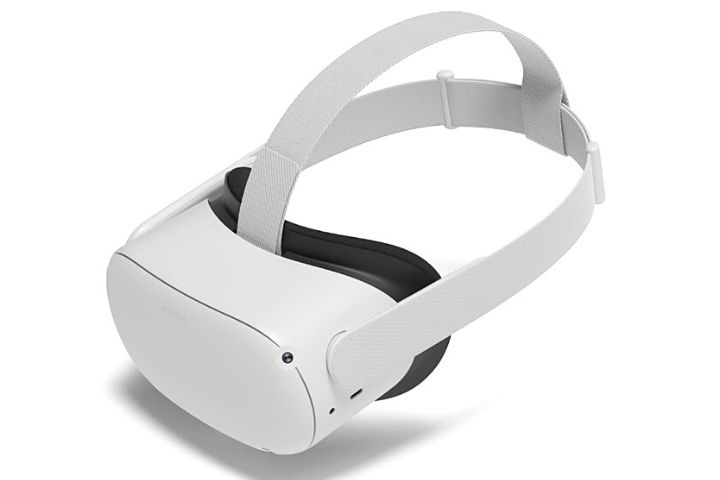 Augmented and Virtual Reality are terms that became known almost at the same time. We explain them and show where the techniques are already being used.

Augmented Reality (shortly known as AR) and Virtual Reality (abbreviation: VR) both deal with changing Reality as we know it. However, with very different approaches, because AR remains in actual Reality, while VR creates a completely new reality.

AR is what the English name already reveals: The expansion of actual Reality with additional content, from information to videos to games, can be linked to real objects. Creativity knows no limits.

This works by recognizing images or even just patterns using the camera on a smartphone or tablet. If a particular image announced in advance is recognized, the software reacts with the appropriate command, i.e. plays a video or outputs other information. For example, if the camera recognizes the Eiffel Tower, a travel guide can put useful information directly on your camera image; the Reality is augmented by additional information.

As already mentioned, you do not need any additional technology to implement AR. An up-to-date smartphone or tablet with a camera is sufficient. Everything else then runs through the app, which integrates the appropriate content. If you don’t want to use your smartphone for this, you can fall back on some of the first glasses that use the same technology, including Google Glasses.

VR is a virtual reality that is created by human hands and in which the user then moves. The real world is irrelevant in this case and is not relevant to the virtual environment. However, the virtual world can, of course, represent something real, for example, when a tour of a museum or a visit to a concert is virtually recreated.

The technology is based on the possibilities with which one can, for example, shoot CGI sequences for films or create video games. 3D modelling programs such as Blender make it possible to create all imaginable objects that can then be placed in a virtual world. The Unity or Unreal Engine would be examples of implementation here. Creation using 360-degree cameras or point-of-view cameras is also possible but is much more limited in terms of the options for interaction.

In contrast to AR, VR is not that easy to implement using a smartphone. The simplest solution is Google Cardboard, a concept in which you put together your headset out of cardboard and two lenses, in which you can then insert a smartphone. With the right app, you can experience VR. However, this is, of course, not necessarily comfortable. Other glasses such as the Oculus Rift from Facebook, the HTC Vive headset or Sony’s VR headset focus more on ergonomics and use a PC as a processing unit, enabling impressive results to be achieved. But this is also reflected in the price and can lead to cable chaos. With the Oculus Go, there are now initial ideas that can do without cables and thus limit you less in virtual space. In addition to the glasses, you also need input devices; An open-source solution is now also available.

Then What Is Mixed Reality?

With its Hololens, Windows has made the new term “Mixed Reality” even better known, which seems to stand between the chairs. This is a combination of AR and VR in that the virtual elements and Reality merge, and both are perceptible to the user. With AR, the virtual elements are just an addition to the natural environment, while with VR, the actual environment does not have to play a role (at most via sensors to record the dimensions of the room). Mixed Reality brings parts of a virtual environment into the natural environment and allows the two to merge even more closely.

Where Are AR And VR Used Today?

Although AR and VR have been marketed extremely prominently, especially in the gaming sector, the breakthrough here has not been achieved. Pokémon Go is undoubtedly known to many, but after an initial hype, it is no longer as big as it was in 2016. Sony recently reported that sales of their headsets fell short of expectations.

So have the techniques failed again? Not. But the focus is perhaps less on the entertainment sector than many would have thought. VR has long since arrived at VW and is used for meetings and education, and training for employees. The ZDF, on the other hand, offers the opportunity for the soccer World Cup to place the stadium in Moscow on the living room table at home thanks to AR and to watch the games from this perspective. For this purpose, there are additional cameras directly on-site that show the station from every angle.

Ikea also already offers an AR app that allows you to bring furniture directly from the catalogue into your room so that you can better assess how well the sofa is doing for you. Also, virtually furnished rooms are planned, you can enter thanks to VR glasses and then there will help the institution Expert at will the. And thanks to AR, you will always view the current trade fair plan at the upcoming CeBIT. It can therefore be seen that both technologies have fought their way and that more and more possible applications are being used.

Also Read : Augmented Reality Is Changing Many Areas Of The Company