5G Networks: With The Handbrake On 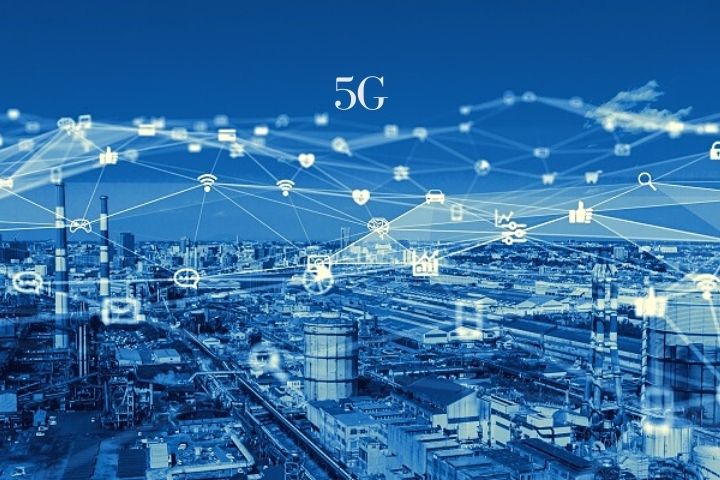 The promises made by Telekom, Vodafone and O2 for 5G are great, but are they being kept? What the network operators have been doing to date.

When Tim Höttges appears in front of the press, he has recently been happy to test his network live. His smartphone could download 528 megabits per second, the head of Deutsche Telekom recently boasted at the network day of his group in Bonn. According to his admission, Höttges measured 800 megabits per second at his desk for the most recent quarterly balance sheet – faster than most of Telekom’s landline connections allow.

This is made possible by 5G, the new cellular standard that is gradually arriving in local networks and on more and more devices. It can transmit more data with fewer delays than its predecessors, 3G or LTE (4G). However, the exceptionally high bandwidths as in the executive office in Bonn are still a rare matter.

According to its information, Telekom already supplies areas with 5G in this country on which a total of 55 million people live, i.e. two-thirds of the population. The rate is expected to rise to 80 percent in the coming year and 99 percent by 2025. No other network technology has been rolled out so quickly, says the company.

At Most Locations, The Network Operators Are Not Yet Delivering A Real 5G

However, Telekom has only used the higher frequencies in 13 major cities that it bought last year – like its competitors Vodafone, Telefónica and 1 & 1 Drillisch. These waves around 3.5 to 3.6 gigahertz ideally allow users to download up to one gigabyte of data per second. But they often do not even transmit a kilometre, so they need a comparatively large number of antennas and penetrate walls poorly. Telekom is currently using them at airports such as Frankfurt and Berlin and in parts of Bremen or Bonn. “There will be 20 cities by the end of the year,” says Claudia Nemat, Board Member for Technology and Innovation.

To bring 5G into the area, the group uses waves around 2.1 gigahertz, which at least reach a few kilometres and penetrate buildings better, but do not enable downloads that are relatively fast. And depending on which devices are in a cell, the exact radio location sends 4G and 5G signals. “We use two cellular standards on one frequency band,” says Nemat. In this way, you can give many people access to 5G very quickly. The connection is still established via 4G, 5G is only used to transport the data, but this is not necessarily faster than 4G.

And of course, this access only works if customers also use 5G-capable devices and tariffs. So far, only a few smartphones in the inventory are suitable for the new standard. However, according to Telekom, every second new or extended contract is concluded with a 5G device. The group now has a suitable 30 devices for the new generation on offer.

Vodafone also states that around half of all recently sold smartphones are ready for the new standard. The latest generation of smartphones from Apple, in particular, has increased demand: “The push that the first 5G-capable iPhone triggered is bigger than it was with 4G a few years ago,” says Gerhard Mack, head of technology Vodafone in Germany. The Telekom competitor wants to have an area where 15 million people live in this country with 5G by the end of this year. In 2021 the number is expected to double to 30 million inhabitants.

The Düsseldorf-based company has used its latest frequencies around 3.5 gigahertz, primarily in areas in which industrial customers also benefit. “For example, in industrial estates or technology parks,” says Mack. “At the same time, these 5G antennas that we activate here in public spaces can also be used by all private customers.” In addition, Vodafone is in talks with a three-digit number of companies to set up their own 5G networks at their production sites.

Away from the hubs and city centres, Vodafone also relies on lower frequencies around 1.8 or occasionally 0.7 gigahertz, which go much further, but allow significantly lower top speeds.

Telefónica / O2 was the last of the three major network operators to launch 5G in the five largest German cities of Berlin, Hamburg, Munich, Cologne, and Frankfurt. There are now 15 cities, and the subsidiary of the Spanish Telefónica wants to get started next year. By the end of 2021, 30 percent of the population should be supplied with 5G, and by 2025 the group wants to provide a nationwide network.

Telefónica is currently relying on locations with a mix of 4G and 5G; Telefónica is also expanding faster data transmission with the 3.6 GHz frequencies, especially in cities. In 2021, the group wants to start setting up 5G locations using stand-alone technology. Then the connection is established via 5G, which makes the network react faster.

And what about 1 & 1? The company has also bought 5G frequencies at the auction but is still in a dispute with the previous providers about the conditions under which they grant 1 & 1 access to their networks.

The entire industry suffers from a different kind of uncertainty. Politicians, says Vodafone man Mack, have still not finally determined the security requirements for technology in 5G networks. The USA, in particular, warns against involving the Chinese provider Huawei, which Beijing could use for espionage, in the development of 5G networks. Huawei itself firmly rejects the allegations.

Mobile providers, however, are in the air. “The lack of clarity regarding Huawei’s technology makes planning more difficult,” states Mack. But Germany needs a good 5G network quickly. Vodafone is currently using around half of the equipment from Huawei in the so-called antenna network – where data is not processed but only transmitted. “The so-called core network is the security-relevant part of mobile communications,” says Mack, “we don’t use Huawei technology here.”

Telekom board member Nemat also complains that two European and two Chinese suppliers currently account for “more than 90 per cent of the market” for mobile communications equipment. Your group wants to become more independent in the future and relies on a new technology called Open RAN.

RAN is the abbreviation for Radio Access Network, in German: radio access network. So far, mobile networks have primarily been based on relatively rigid solutions from individual providers who work with proprietary hardware and software. Open RAN breaks that open and also allows a mix of providers. Because most of this is controlled by software, so you don’t use specialized but multi-purpose hardware. The Munich-based group Telefónica has now advanced in this matter. The first German network operator to use the technology lived at three locations in Landsberg am Lech, Bavaria, initially only in a pilot test. It should get going in autumn next year.