HomeBUSINESSBasecamp: This Is What The Startup Scandal Means For Software Developers
BUSINESS

Basecamp: This Is What The Startup Scandal Means For Software Developers 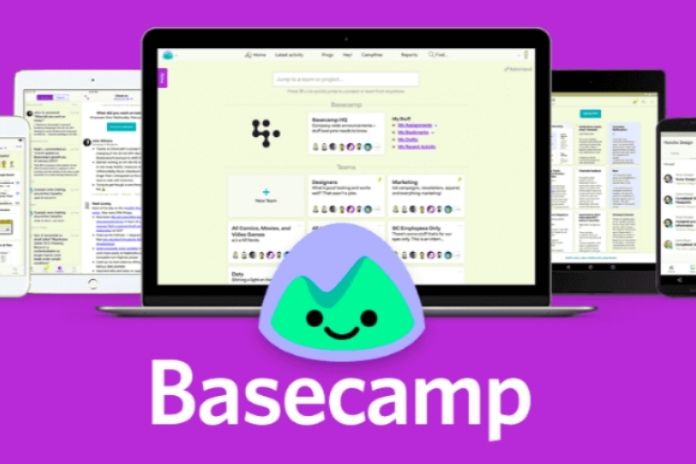 The software company Basecamp is seething: after internal disputes, around a third of the workforce wants to quit. This has implications for developers.

One of the classic rules of conversation: don’t talk about politics and religion. At least not when it comes to small talk at the table – or when you work at Basecamp. The latter is a relatively new and surprising development at the US software company, which has long stood for an exemplary, innovative, and open corporate culture.

Those days seem to be over now after Basecamp boss Jason Fried announced new company guidelines. The result: from one day to the next, a third of the workforce announced their resignation via Twitter: including the head of marketing, the head of customer service, and the head of the design department.

The news stirs up the industry. What happened? The most important questions and answers.

From 2014 Basecamp concentrated more and more on its flagship product: the software package of the same name. Basecamp is very popular as software for remote work. With over three million accounts, Basecamp is one of the most popular project management tools ever. Its functions are organized in six core modules dedicated to simple file exchange, communication with customers and colleagues, documentation of project goals, and adherence to schedules.

The Basecamp application is considered particularly flexible: with clients and apps for PC, Mac, iOS, Android, and its browser version, Basecamp can be used on all platforms; interfaces to numerous programs enable seamless integration into existing infrastructures.

Developers know Basecamp not least because of the open-source web application framework Ruby on Rails. The framework with its programming language in 2004 was created for internal use at 37signals but was then published in 2004 – very successful, it is now widely used.

From the beginning, Basecamp was seen as an opinionated company that often had to serve as a role model when it came to a healthy and open corporate culture. The Basecamp creators have published several books on corporate philosophy, some of which have become bestsellers.

What Does Basecamp Cost?

The price structure of Basecamp is simple: users pay a flat rate of 99 US dollars per month for an unlimited number of jobs and employees. There is no minimum contractual term. There are also special conditions for schools or non-profit organizations and a free trial version for 30 days to try out.

Why Is There Trouble At Basecamp?

Basecamp was considered a highly opinionated startup that – especially in the USA – represented views that were deemed to be progressive. In May 2021, however, Basecamp boss Jason Fried published a blog post that raised eyebrows among many observers – especially among the employees. Accordingly, conversations that “have anything to do with politics or social issues” should be taboo while working at Basecamp. In addition, “paternalistic employee bonuses” such as grants for fitness studios or further training are deleted.

Reason For Taking The Step: Political discussions recently led to the actual work. “We do project management, team communication, and email software. We are not a social impact company,” wrote Fried. Furthermore, the employees should “let the past rest” and no longer discuss it. In addition, decisions are to be made more robust and more centralized again in the future.

The background to the announcement is heated debates in the US about racism, the presidential election last November, and the rights of transgender people. As can be seen from various blog posts, Basecamp was specifically concerned, among other things, with an internal list of names with the title “Best Names Ever” that has been maintained for years. This includes Particularly “funny” names of customers. This list was considered by many to be inappropriate and, in parts as racist. This mainly took place in writing via the Basecamp platform since the employees usually work remotely and work in the home office.

What Will Happen To Ruby On Rails?

David Heinemeier Hansson recently wrote that employees should have such discussions in private. The Danish developer is a partner in the company and is in charge of the Ruby on Rails framework. He reacted – sometimes sarcastically – to the criticism that formed shortly after Fried’s blog post in the social networks:

“Not surprisingly, parts of Twitter are very disappointed with us. “He encourages everyone to express their political opinion. “Use Twitter, Facebook, everything. Please don’t bring it into the internal communication platforms we use for work unless it is directly related to our business. I apply the same standard to myself and Jason too. “

Nonetheless, a third of the workforce is now turning their backs on the company, including some core team members that work on Ruby on Rails. This is causing uncertainty, especially among developers: What will happen next with the framework? Basecamp owns the naming rights, but an alternative or a fork, i.e., a spin-off, of the open-source framework from the developer community could be conceivable.

Also Read: Project Management Tools If Trello Isn’t For You: 7 Alternatives In Comparison