HomeBLOCKCHAINBlock Chain: These Are The Opportunities For Environmental Protection
BLOCKCHAINTECHNOLOGY

Block Chain: These Are The Opportunities For Environmental Protection 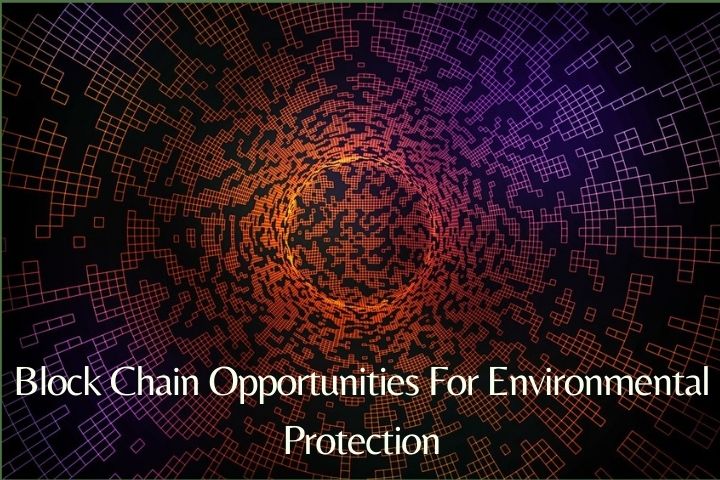 The blockchain is often portrayed as a climate sinner. It can also be a key technology on the long road to the energy transition.

Like any technology, the blockchain can be used for different purposes. In principle, blockchain technology can, for example, enormously reduce paper consumption through the secure and permanent recording of constantly retrievable data. In addition, it is noticeable that many business models address social and ecological problems directly with SDGs (Sustainable Development Goals).

Due to its ability to record data unchangeably, the blockchain has particularly great potential for environmental protection. It is currently being used to record data about the natural environment, record changes in ecosystems, and increase sustainability. In the trade, some applications make responsibly caught fish traceable and provide evidence of organic certification.

Climate Offender Or Contribution To Sustainability?

Blockchain is often referred to as a climate sinner because the technology currently consumes large amounts of energy. That is also true, but there are already various approaches to solving this problem.

On the other hand, blockchain can also make a significant contribution to the energy transition. For example, the automobile manufacturer Daimler has started a pilot project that records environmentally friendly driving behavior on a blockchain and rewards it with a cryptocurrency.

In addition, for example, energy certificates can be stored on the blockchain so that consumers can track the power sources at any time. In the long term, a decentralized peer-to-peer energy market is even conceivable. Private electricity producers could forward green electricity directly to the consumer without having to go through energy companies.

For example, some companies use blockchain and cryptocurrency to impact the environment dynamically. One model for this dynamic influence is the Poseidon Foundation. The same combats climate change by including so-called carbon credits. All of this is implemented through the blockchain platform Reduce. Reduce analyzes a product’s carbon footprint and gives it a relative carbon credit score.

The final cost of the product then includes this carbon credit value. These higher costs help discourage customers from purchasing products with higher environmental prices. The Poseidon Foundation claims that blockchain was critical in this process as it enabled them to efficiently keep public, immutable records of every carbon credit while making it easy to implement in retail systems worldwide.

Another environmentally conscious blockchain company is Bitseeds. Bitseeds is a blockchain solution to fight deforestation, through which any cryptocurrency can be freely spent. However, Bitseeds is impacting the environment by promising to plant a tree for every Bitseed created on its platform. Bitseeds pledges to plant over a billion trees to conserve and rebuild half of all rainforests with this promise. With this initiative, Bitseeds hopes to encourage environmentally conscious people to use their platform and join their fight against deforestation.

Another good example is Oxygen. Oxygen helps environmental organizations by providing funding through its platform. Oxygen gives 0.5 percent to ecological organizations for every transaction that occurs, which they refer to as Green Fighters. Oxygen aims to support ecological projects with great potential impact on our world.

Blockchain can support the transition to decentralized, clean, and resource-efficient energy and water systems on a large scale. Platforms could collect distributed data on these resources – for example, water and energy data at the household level, recorded with intelligent sensors.

This is a cornerstone because decision-makers in the systems, both centralized authorities and retail-level users, often make decisions based on little information. Blockchain-based platforms could overcome this and enable more informed and even decentralized decisions about managing these resources. That could include traceability and verification of renewable energy sources, peer-to-peer trading, dynamic prices, and a better balance on the demand side.

Blockchain And The Supply Chains

Blockchain applications that improve the traceability of supply chains have great potential for environmental protection: Where does my fish come from, was my wood produced under sustainable criteria, does my fruit come from regional cultivation? An important reason for the environmental crises also lies in the lack of trust between the actors in a globalized world. Consumers and producers are increasingly distanced from one another.

This distance promotes fraud risks and a lack of transparency. And the more intermediate stops a consumer good passes through, the greater the risks. The blockchain can make an enormous contribution here by restoring lost trust. The algorithm ensures that all transactions are verified in the blockchain and can no longer be changed afterward.

The international forest certification system PEFC (Program for the Endorsement of Forest Certification Schemes), which according to its information certifies 265 million hectares of forest worldwide, has investigated the blockchain as an alternative in a pilot project to be able to trace the path of wood from the raw material to the ready-to-use end product.

From The safety Net To The Plate

In another pilot application, the blockchain is used to document the tuna route, its fishing areas off Indonesia, to the domestic consumer. To do this, registered fishers send a simple SMS to record their catch and at the same time generate a digital value in the blockchain. Every transaction in the supply chain from one actor to the next creates an unchangeable entry in the blockchain, which means that the path from the fisherman to the end customer can later be traced back beyond any doubt.

Monitoring the supply chain enables inferior products to be identified earlier. The extent of new products and recalls can thus be reduced. This has a positive effect on the carbon footprint and other resources.

Counterfeit Protection With An Ecological And Ethical Component

Another important topic is protection against counterfeiting. Counterfeit products are often very polluted and therefore pose a threat to the environment. Counterfeit protection and the tracking of production have an ethical component in addition to the ecological one. Apart from consumer protection, the blockchain can ensure the production conditions of goods. It is not only in the fair trade goods segment that these solutions are gradually establishing themselves and guaranteeing appropriate working conditions by human rights.

Also Read : What Is A Blockchain & Its Advantages, Disadvantages?