HomeBLOCKCHAINBlockchain In Companies: Why Is This The New Bet?
BLOCKCHAINTECHNOLOGY

Blockchain In Companies: Why Is This The New Bet? 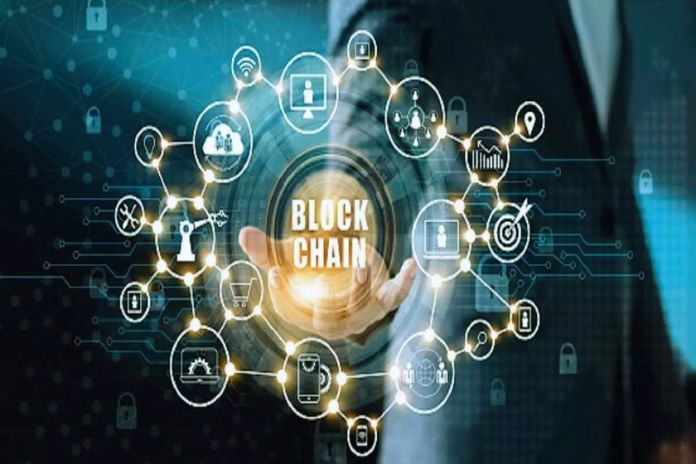 Have you heard about Blockchain in companies? If so, know that many people still need to understand what it is and how it works. The constant evolution of technologies can make us confused by some new terms. And even knowing the concept, we may need to learn how it works.

Many consider Blockchain one of the greatest IT innovations after the internet; therefore, there are still many doubts generated by the lack of knowledge on the subject. This market is growing increasingly, and thanks to this, its impact on business has become much more influential.

Blockchain can be used in many areas but has a much greater connection with bitcoin. Therefore, we must know what bitcoin is to deal with Blockchain.

Briefly, bitcoin is a decentralized cryptocurrency. Any government or state does not issue it, and its value fluctuates frequently. This happens due to all the speculation around the currency, either because of scandals involving the bitcoin system itself or the technological advances that emerge from several other cryptocurrencies.

Bitcoin’s potential for variation is so high that its value can vary by an average of up to 20% in 24 hours, either up or down.

Just as the internet has revolutionized technology and how we live and do business, Blockchain is the new trend that companies have adopted to reduce costs and, practically, do away with bureaucracy.

As a strategic tool for various business sectors, Blockchain is currently more related to financial transactions and has been used to transform companies’ operations.

Bitcoin, for example, has its transactions validated through Blockchain. Thus, it is unnecessary to issue documents or intervene with financial entities for the business to be concluded.

Understanding the Blockchain operating process can be quite enlightening for understanding this tool and what it can provide. All the stages may seem like a seven-headed animal, but it is nothing very complicated, and it is very important to be aware of each one of them.

Therefore, we will now talk about all the Blockchain steps and processes to better understand the subject.

As it is a database, we can assimilate the Blockchain into an Excel spreadsheet, for example. In this worksheet, we will have some columns. As the Bitcoin Blockchain works by storing financial transactions, our spreadsheet has columns to designate each transaction’s origin, destination, and value.

Something very interesting about the Blockchain is that it works completely decentralized and distributed; that is, any user can have a copy of the spreadsheet on their computer.

Another characteristic that we can highlight is the guarantee that all data is always confidential and private.

Blockchain uses the idea of addresses for all transactions made to become anonymous. Starting from using individual private keys and the application of cryptographic operations, you can generate several addresses formed by a large set of characters and numbers. It is recommended that a new address be used whenever there is a new transaction.

With the use of addresses, there is no way to discover the identity of the individuals included in the transaction, ensuring anonymity. However, with the use of their keys, users can have control over these addresses. These keys can and should be stored in safe places, such as a safe or some secret data concealment program on your computer or smartphone.

When a bitcoin transaction is made, for example, it is not automatically added to the Blockchain. This needs to go through a validation process. Therefore, it first stays in a temporary area awaiting its inclusion in the Blockchain when it finally becomes official.

Within an average of 10 minutes, an analysis is made of all transactions found in this temporary area. Then they are evaluated by a miner, which is nothing more than a computer connected to the Blockchain network. That computer goes through a mathematical competition, and if it wins, it will have the right to introduce the transaction to the Blockchain, winning a prize in bitcoins.

Generally, the miner, among other things, verifies the authenticity of each of the transactions. This is essential to determine if the transaction occurred or if someone generated false addresses, simulating false transactions for their account. To deal with this type of fraud, there is the digital signature.

The user digitally signs his information using his private key when a transaction is made. This procedure works as a cryptographic operation on all transaction information, generating a key that is represented by another large set of numbers and characters, as well as the address, but now it is the signature.

This step is designed to try to solve a serious problem within the Blockchain. Since all users can access a copy of the worksheets, it is possible that all of them can change them. This possibility would jeopardize the entire credibility and functioning of the process, allowing anyone to take advantage of this failure.

For this, the hash, a mathematical function used on Blockchain information, generates coding for each version. That is, the hash will also change whenever there is any change in the worksheet.

This change in the hash is essential to prevent anyone from being able to forge transactions on the Blockchain and take advantage, which adds much more reliability to the system and also gives meaning to the name Blockchain, which means a chain of blocks.

Also Read: Block Chain: These Are The Opportunities For Environmental Protection