Data Automation In The Documentation: Greater Agility For Data Architectures 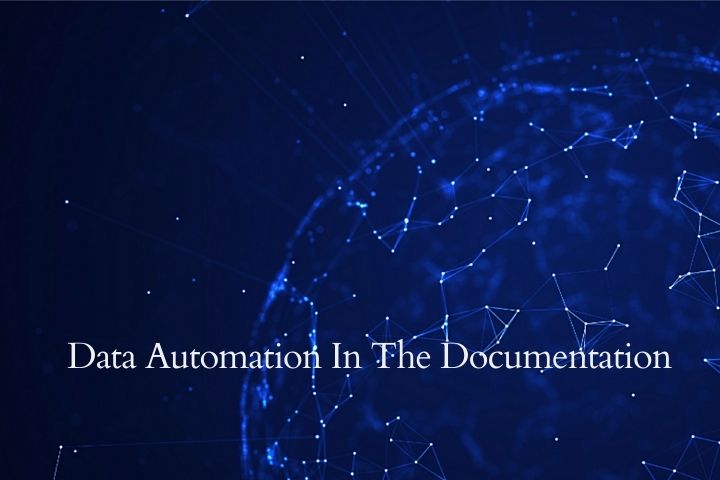 Documentation is part of every sustainable data architecture. However, this is often neglected by developers who still work with manual processes. Because developers are judged more by their code than by the correct documentation. One solution lies in data automation.

Pseudo-agile strategies are common in data warehousing today. Teams often work in sprints with scrum meetings and the like. However, most developers are still typing every line of code by hand, using ETL technology from the 1990s. While the deadlines and iterations they must meet are aligned with agile timeframes, the tools and methods they use are not agile, which is a disadvantage. This is rarely used when defining print. Adequate attention is paid to the documentation. With these restrictions, developers are always pressed for time and take shortcuts to deliver their code. The documentation is always the first thing that is neglected or dropped entirely. Tools for data automation offer a way out.

The need to write the documentation is a drag on productivity in several ways. When developers take regular breaks to document what they’ve done, they have to disrupt their workflow and write less code. If they postpone the documentation, for example, to document last week’s code on Monday, it will result in forgetting a lot of what they did. And the more productive developers were, the more they forgot.

In a work culture designed for the short term and where the key is to deliver code on time, the documentation is viewed as a nice-to-have and may not even be checked by those responsible for data governance. Only in retrospect, when the architectures are unclean and challenging to maintain, or when one of the developers leaves the company, and a new specialist comes to replace him, does the value of precise, standardized documentation become apparent.

Current tools for data automation allow more flexibility and a much easier chance of the target database than before. The choice of database is no longer a ten-year decision. This also means developers no longer have to start from scratch if the modeling style needs to be changed. The code that developers write now can be modified as required and will last for many years. Because of this, it must be reliable to stand the test of time and how it is documented. Architects have to outlast people and databases; So when a developer leaves the company, the code has to be seamlessly passed on to a colleague.

Advantages Of Documentation With Data Automation

With modern software for data automation, the documentation problem is wholly removed from developers’ schedules so that they can concentrate on higher-value tasks and meet agile deadlines without compromising. All they have to do is click a button, and all of their work will be documented in a level of detail that would otherwise take them hours to complete.

Data automation software is metadata-driven. This means that the user interface is a simplified manifestation of all the metadata behind it and ensures that the data warehouse works as presented. This out-of-the-box documentation implies that every action by users as well as every element and structure within the architecture is saved, such as:

Documentation through Data Automation is like a roadmap going back through the project developers were working on. It provides hyperlinks to each stage of the process so developers can click in and see the code and structure. It maps everything that developers should create manually but often not do for the various reasons just mentioned. So deep that creating it manually would be too time-consuming to be productive while writing code.

Developers would need to create a detailed spreadsheet and then use Visio tools to develop appropriate flowcharts. Doing this for an entire architecture would take months of work without an automation solution. Such extensive documentation means that errors can be found and corrected much faster. Instead of going through poorly documented code by hand to find the fault, the automation solution highlights incorrect code in red. This not only helps you find the problem quickly. It also prevents one from working on good code that has been mistakenly diagnosed as faulty.

When discussing the pros and cons of data automation, it’s essential to remember that human creativity still comes first. It is complemented by automation tools that eliminate repetitive, manual work. This enables developers to be tireless and be more creative. In many areas of data warehousing, however, creativity and sensitivity are undesirable and even harmful. Documentation is precisely the kind of mundane, redundant work that is ideal for automation.