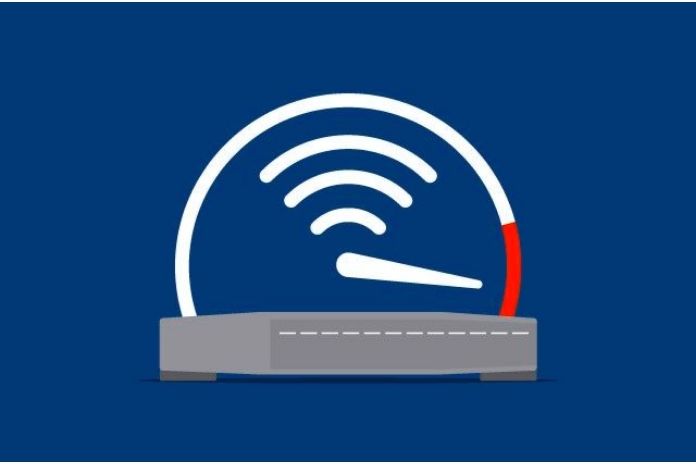 The advancing digitization also ensures that the amount of data to be transmitted is increasing. Directly connected with this is the fact that more and more computerized applications require a fast and stable internet connection to be used at all. This includes both cloud-based applications such as remote connections, video telephony, and numerous other uses.

Last but not least, the disproportionately increased importance of the home office has uncovered a lot of catching up to do with many users. Maybe the WLAN range is insufficient; maybe the general data transfer rate is too low. But regardless of the details, you always have the option to change this state – sometimes even on your own.

We have five tips and tricks for you to improve internet connectivity in the office or at home.

Book A Tariff At A Faster Rate

For some problems, the best solution is to start at the root. Suppose your internet connection shows no unusual failure symptoms and no radio-based problems come into question. In that case, a too low speed is often because the tariff with your provider is too low.

The following steps are recommended:

However, there are major differences. In many cases, the fiber optic connection only extends to the next distribution box (so-called FTTC technology, “Fiber to the Curb”). From there, it goes over the “last mile” via copper cable. Depending on the technology, this limits the speeds to a maximum of 100 Mbit / s.

For a long-term future-proof supply – even in the face of increasing amounts of data – you should consider getting an FTTB (“Building”) or even an FTTH (“Home”) connection. The former opens up at least the building; the latter extends into every apartment. This enables speeds of up to 10 Gbit / s.

Our tip: If you do not have the option of reaching 50 Mbit / s locally via line, you should check whether cellular-based transmissions would be an alternative.

Connect The Work Computer By Cable If Possible

For many people, the primary connection between the computer and the DSL modem nowadays is a radio connection via a WLAN router (mostly, the router and modem are built into one housing). However, WLAN is a very high-frequency radio connection in the gigahertz range.

If you use WLAN, your provider can be excluded as a source of too low transmission speeds, and there may also be connection problems. This radio connection may be the cause.

This is due to the following peculiarity: the higher a radio frequency, the …

In this sense, WLAN is comfortable but not the best in terms of possible speeds and interference resistance. Even in the open without obstacles, a hundred meters can at best be achieved with commercially available routers. Indoors, especially when the signal has to penetrate many walls, furniture, and the like, are also significantly less.

Better Connection With A Network Cable

If it is spatially possible for you, you should therefore aim to connect computers and other devices that require the best connectivity to your router using a network cable (“LAN cable”) – the vast majority of routers have at least one connection socket for this, too practically all computers (exception: particularly slim, compact notebooks).

In addition, you should test a cable connection even if there are frequent connection problems. If it fixes the problem, the source of the cause is narrowed down.

Good to know: Thanks to cables, you not only optimize the speed and connection stability – you also close a significant gateway for hackers.

Optimize The Setup Of The Wireless Router

Depending on how far your computer is from the router, it is sometimes not possible to establish a cable-based connection – for example, because holes would have to be drilled in several walls and ceilings. In such a case, you should try to position your wireless router in a position that minimizes the “hurdles” for radio signals.

This can help immensely if you install an app, usually free of charge, on a smartphone, which allows you to measure the WiFi signal strength close to the computer. In practice, you should now try to establish a connection with the strongest possible signal by repositioning the router and perhaps also the computer.

Our tip: Keep the router and PC as far away as possible (= /> 0.5 m) from other electrical devices—especially those who work with radio waves themselves.

Adjust The Radiation Direction Of The Router Antenna (s)

Like a walkie-talkie, every WLAN router also has an antenna to send the radio signal and receive it from the computer. However, this also means that the alignment of the antenna is both a source of error and an opportunity for improvement.

To do this, you must understand that every antenna, depending on its design, has good and bad directions (so-called “radiation characteristics”). Imagine, for example, a simple rod antenna like the one that might be attached to your wireless router or radio.

Such an antenna has a “donut” -shaped radiation pattern. This means that in a full circle around the antenna rod and at right angles, the antenna emits the strongest and has the best reception. Conversely, the values ​​would be worse if this antenna were pointed like an outstretched finger at the receiver/transmitter – e.g., your computer. How you use this knowledge for optimization depends on your router:

Unfortunately, especially with routers with internal antennas, the possible performance is often reduced in favor of a restrained look. If the alignment doesn’t noticeably improve your connectivity, you can do the following:

This sounds more complex than it is in practice. Most devices have self-explanatory menus; in case of doubt, the operating instructions will help you.

Our tip: Alternatively, you could use so-called WLAN repeaters. However, due to their functional principle, these halve the possible Internet speed.

Maximize The Radiation Power Of The WLAN Signal

You can also choose this final option. However, you can apply them before trying steps 3 and 4. You must know that even a WiFi signal, the stronger, longer range, and durchdringung fähiger is, the higher the power is, with which it is broadcast. However, many routers do not do this, at least not in the basic configuration. Here, an “Eco-Mode” or a similar, reduced-power mode is often set as a standard to reduce power consumption. This means that the router transmits weaker than it technically could.

Here, too, the solution is to call up the router’s settings menu via your computer. Look for terms like “power” or “power consumption” and the like. There you usually have the option of selecting other power levels or at least switching off the eco mode.

Our tip: You can switch off the router at night so that the power consumption does not become too high. Some devices allow this in the settings menu; with others, you have to switch off manually or use a timer plug.

Also Read: 5G Networks: With The Handbrake On