Robots and the future of Construction 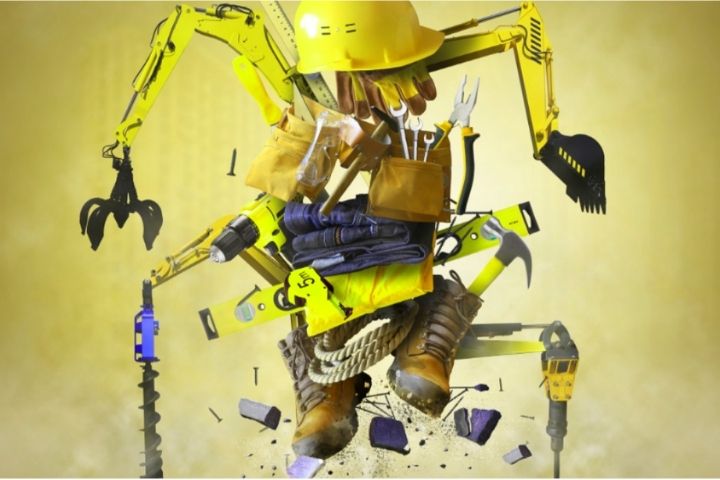 Robotic technology has made enormous advances in recent years. Any YouTube video featuring Boston Dynamics robots will astound you with what they can now do: run, skip, dance, and even do acrobats. In conjunction with advances in AI technology, the concern is that autonomous killer robots may one day – not too far off – represent a threat to human life. Increasing automation and robots are inevitable, but robots can also provide useful services to humanity, not least in the construction industry, where technologies like 3-D printing are being used already in building and infrastructure projects.

A labor-intensive industry like construction still relies heavily on hard manual work, and despite advancements with intelligent machines, construction is only at the start of a technological revolution. However, things are starting to change, and we are likely to see huge changes in construction with robots taking their place alongside humans. It’s just a matter of time before every building site has robots doing the heavy lifting.

Many manufacturers and industries have transitioned over to using robots, like carmakers and other mass production commodities, but the construction industry has been late in the game because of the unique set of challenges that have made automation difficult to take root.

Whereas robots are best suited to repetitive tasks within a narrowly defined range of variability, construction work conditions are very different.  A wide range of unpredictable factors makes automation difficult, from the weather to the different workers on site. Everything can change from day-to-day, making for unpredictable circumstances.

However, with ongoing improvements in engineering software, more robots are now appearing on building sites, making for huge leaps in industry changes.

In 2017, the construction industry witnessed the introduction of bricklaying robots. “SAM 100,” for example, is a semi-autonomous machine that can lay bricks much faster and with greater accuracy than a human. And of course, robots don’t need to take rest breaks, are not burdened by everyday worries that may affect concentration, and never want to go on holiday – at least not yet. Indeed, in the time it takes a human brickie to lay 300 bricks, the SAM robot can lay 2000. Even up against the most skilled bricklayer, the SAM robot can lay bricks with greater accuracy, down to mere millimeters.

Bricklaying machines are still in their infancy and have their downside. At present, they can only build simple walls and in controlled conditions. They also need humans to monitor them and react to any hiccups. Despite these issues, the potential for bricklaying machines on building sites is enormous.

A more updated bricklaying robot is the “Hadrian X” from Australia. More mobile and autonomous, the truck-mounted robot crane can build a house without any human help. This autonomous robot can operate within adverse weather conditions like strong winds causing vibration or shaking, being able to efficiently readjust and compensate for a precise location when laying the bricks.

On September 28, 2020, Britain’s first three-bedroom house started being built in Everingham, East Yorkshire with a robot bricklayer. Controlled by using a tablet, the construction work proved safer and yielded better quality results. It “utilizes a sophisticated software control system” and can effortlessly read architectural plans to guide the building process.

The robot used in this construction can lay bricks, blocks, and mortar, and is capable of building around corners. To fully operate, the robot requires two human workers to control it, load it with bricks, and a few other small tasks.

Jamie Johnson, CEO of FJP Investment, has said that “Although construction technologies like robotic bricklayers are in their infancy, they are set to make huge changes to the construction industry. They can help improve productivity, produce good quality work, save on cost, and improve health and safety on site.”

Like with any new technology entering the workplace, bricklaying robots have caused some concern with jobs being taken over by machines. Human bricklayers take about two years to learn their trade, whereas a robotic machine only requires being switched on, not having to undergo the expense and many hours of practice. However, with careful management of this technology moving forward, it is possible to ensure that everyone gets to benefit from this technology that will become more ubiquitous on building sites around the world.

3D printing robots are another technology that is working in tandem with bricklaying robots to transform the construction industry. A 3D printed house, using a robot called “Vulcan,” for example, was built within 24 hours costing only $10,000. Furthermore, the construction project used much less water than conventional building techniques and produced almost no waste.

Given that the construction industry contributes a high impact on the environment, in terms of resources needed and the transportation of those resources, not least the amount of C02 emitting carbon from cement, 3D printing will help reduce these impacts considerably.

Because of the portability of 3D printing robots, this construction technique is useful for areas such as disaster zones and relief work.

3D printing technology has started to morph in different directions and is being used in other construction projects. In Amsterdam, a 3D printed steel bridge was designed and built inside a warehouse, then moved into place over a city canal for assembly.

Whatever one thinks of these robotic machines entering the construction industry, and there are valid points being made on all sides of the debate, one thing is for certain: they are here to stay, and they will become integrated into the building sites more and more as the technology advances and becomes cheaper.