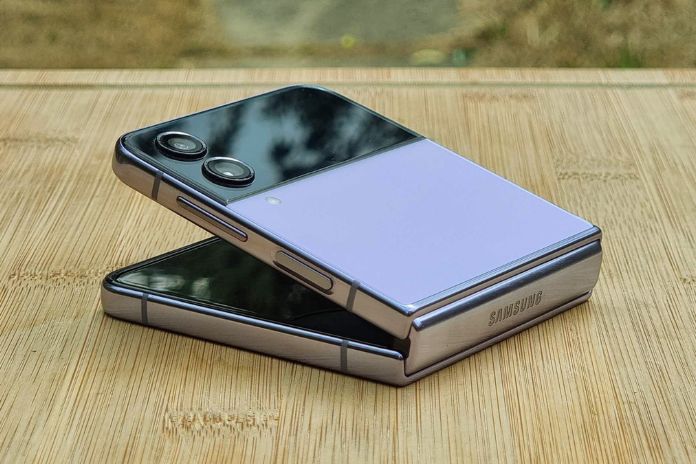 Galaxy Z Flip 5 should solve one of the problems of the previous models, the one about the small external screen. Let’s find out more about Samsung‘s projects

The Samsung Galaxy Z Flip 4 is one of the South Korean company’s most interesting models and has radically changed the idea of ​​a folding device.

However, the electronics giant is already working on a possible successor to this smartphone, going to make some improvements that could actually “solve” one of the most annoying problems encountered while using the famous device. Let’s find out more about the new Samsung Galaxy Z Flip 5.

The Features Of The New Model

One of the main problems encountered by users in the Samsung Galaxy Z Flip 3 and 4 concerns the tiny external screen, far too small for more “complicated” operations. To manage certain apps, for example, users are forced to open the device and use the main screen, which is much clearer and more versatile than the front one.

Although there are unofficial solutions to the problem (such as third-party apps), the complaints on the web have been heard by Samsung, which is already working to solve the problem.

For this reason, the Galaxy Z Flip 5 could be redesigned by integrating a much larger external screen inside.

Of course, this is just an indiscretion. Still, according to Ross Young, CEO of Display Supply Chain Consultants, the company is working on this display redesign, bringing it to 3 inches and, perhaps, even more.

In previous models, the screen was just 1.9 inches; equipping the new generation of smartphones with more generous dimensions could represent the revolution in the sector everyone is waiting for.

Samsung Galaxy Z Flip 5, What Would Change With A Bigger Screen

By increasing the size of the external screen, the experience of the software that manages it could also be improved, making it more performing and more suitable for responding to people’s needs.

After all, if we imagine the many functions of a “reduced” display, such as that of a smartwatch, it is clear that such renovations could make using a smartphone even simpler and more immediate.

According to Ross Young, the Galaxy Z Flip 5 should also have a brand-new hinge design that reduces the crease’s visibility.

At the moment, however, these remain only rumors not confirmed by the company and to find out more, it will be necessary to wait until mid-2023, when Samsung will show its new folding devices to the world.