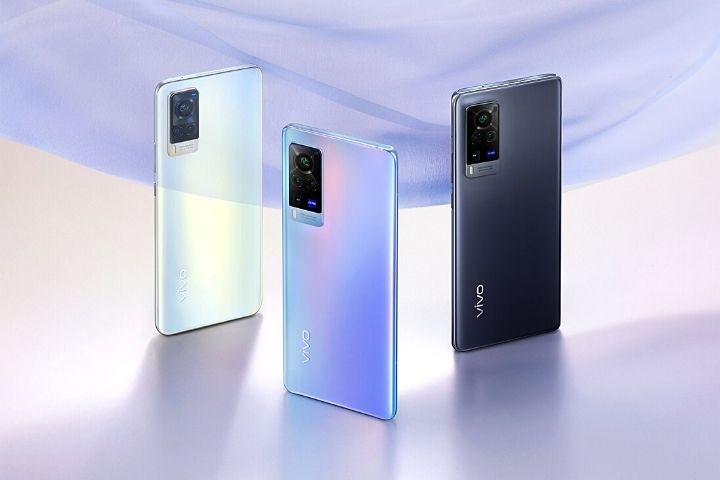 The Chinese smartphone manufacturer Vivo has announced its new top model for the German market with the Vivo X60 Pro 5G. Like its predecessor, the device comes with a gimbal camera, but now with Zeiss optics.

Vivo has been active in Germany since October 2020 and presented its top model X51 5G at the start. The successor X60 Pro5 follows, which is optically based on the X51, has improved in many respects. In terms of price, the manufacturer remains just below the 800 euro mark with the smartphone. What’s in it?

Upper-Class Equipment In A Slim Case

Triple Camera With The Gimbal In Cooperation With Zeiss

Following the official announcement of the cooperation between Vivo and the camera specialist Zeiss in December 2020, the X60 Pro 5G is the first model whose camera was jointly developed. “The new camera system meets the Zeiss image quality standards and ensures exceptional image sharpness and clarity,” explains the manufacturer.

The 48-megapixel primary camera with Sony’s IMX-589 sensor and f / 1.48 aperture is stabilized, like its predecessor, by a gimbal that has been improved compared to the X51, according to the manufacturer. The gimbal stabilization is supposed to improve the quality, especially in night mode and when filming. With the help of the gimbal, among other things, it is possible to compensate for movements better than with classic optical image stabilization and software.

The wide-angle camera is accompanied by a 120-degree ultra-wide-angle (f / 2.2) and a portrait lens (f / 2.46), each with 13 megapixels. The selfie camera, which is embedded in the screen via a punch hole, has a resolution of 32 megapixels.

Portrait shots should be able to be shot with the X60 Pro 5G in the style of the “Zeiss Biotar.” It’s an iconic look with a sharp portrait and a rotating bokeh effect.

Additional features include Wi-Fi 6 (WLAN 802.11 ax), Bluetooth 5.1, NFC, GPS, and dual SIM support. The X60 Pro 5G battery has a capacity of 4,200 mAh and can be charged with 33 watts using the power adapter included in the scope of delivery.

On the software side, Vivo’s in-house user interface Funtouch OS is preinstalled in version 11.1, which is based on Android 11. Like Google and Samsung, the manufacturer promises a three-year upgrade guarantee, which means that the X60 Pro 5G should also receive versions 13 and 14 after Android 12.

According to the manufacturer, the Vivo X60 Pro 5G will go on sale in June for 799 euros in black (Midnight Black) and blue (Shimmer Blue). Fun fact for football fans: The X60 Po is the official smartphone of Uefa Euro 2020. In addition to the X60, Vivo also has a cheaper device in its luggage: The Y72 also has Zeiss optics on board and comes with a Mediatek Dimensity 700 chip, a 6.58-inch FHD Plus display 5,000 mAh battery. It costs 299 euros and should be available in July.