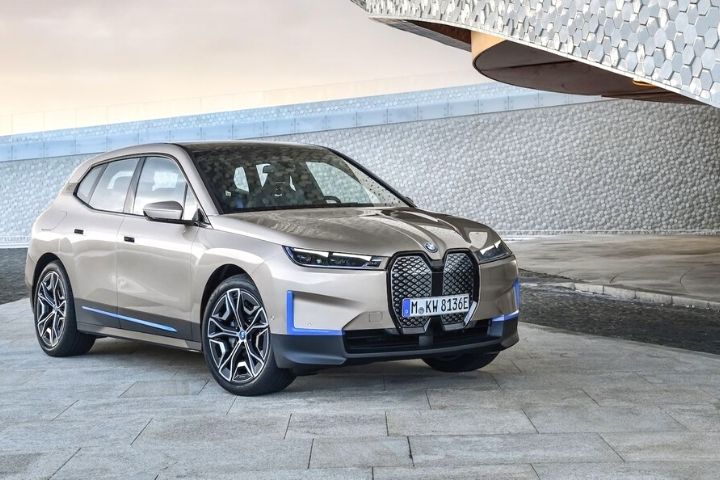 BMW has now announced new details about its iX electric SUV. But, first, the manufacturer has given the electric flagship a lot of standard equipment and a range of up to 630 kilometers.

As announced, BMW is launching the iX flagship electric SUV in November. Like the i4 presented simultaneously, it is initially available in two versions – in contrast, both have an all-wheel drive. The drive 50 has a total output of 385 kilowatts (523 hp), while the engineers have donated 240 kilowatts (326 hp) to the xDrive40. At a later date, BMW wants to add the M60, whose output of 440 kilowatts, i.e., the equivalent of 600 hp, should be even higher. The basic versions have a torque of 630 (xDrive40) and 765 (xDrive50) Newton meters. This enables the weaker model to accelerate the 2.4-ton body from 0 to 100 kilometers per hour in 6.1 seconds. On the other hand, the big brother weighs 2.6 tons and reaches this speed in 4.6 seconds. Both bring it to a maximum of 200 kilometers per hour.

The Maximum Range Of 630 Kilometers

The 40er has a 76.6-kilowatt-hour battery that should bring the car between 372 and 425 kilometers. BMW specifies 549 to 630 kilometers for the 111.5 kilowatt model of the xDrive50. This results in 22.5 to 19.4 kilowatt-hours per 100 kilometers for the weaker SUV, while it is 23 to 19.8 kilowatt-hours for the more powerful. The two versions also differ in terms of the maximum load capacity. The large battery pack can be charged with 200 kilowatts, the small one with 150 kilowatts. BMW states that the iX xDrive40 can be set from 10 to 80 percent in 31 minutes. With the other model, it takes 35 minutes, says the press release. Four recuperation levels are supposed to lower the electricity demand according to your taste. Thanks to a special tariff system, the manufacturer promises particularly low electricity prices at public charging stations.

High Rigidity Due To Carbon Cage

BMW emphasizes outstanding driving characteristics, which should combine comfort and sportiness. An aluminum frame and the use of carbon fiber reinforced plastic contribute to increased rigidity with optimized weight. As with the i4, the premium manufacturer installs a wheel slip limitation close to the actuator to improve traction and drive stability. The permissible tensile load is also worth mentioning. The iX can pull 750 kilograms unbraked, and when braked on a maximum of twelve percent incline, it is even 2,500. The trunk volume is a generous 500 liters for me; it can be expanded to 1,750 liters. The drive 40 can be loaded with 645 kilograms, the 50 with 635 kilograms.

BMW emphasizes that the iX has always received the most extensive standard equipment of assistance systems. If you look at the datasheet, you count around 13. There are also about 27 optional ones. Existing systems have also been further developed, explain the developers. The front collision warning system can now also detect oncoming traffic when turning left and cyclists and pedestrians in the other direction. The Group expects level 3 autonomous driving to be achieved in the medium term thanks to a lavish array of sensors and improved software and hardware platforms to be able to offer. The standard four-zone automatic air conditioning now includes a nanoparticle filter. In the meantime, nothing has changed in the prices that have already been published: The iX xDrive40 costs at least 77,300 euros. For the larger model, 98,000 euros are due.

Also Read – Google: This Is How We Decide What Will And Will Not Appear In Google News