HomeGADGETSUpdates For iPhones: What Apple Forgot To Mention At Its Novelty Show.
GADGETS

Updates For iPhones: What Apple Forgot To Mention At Its Novelty Show. 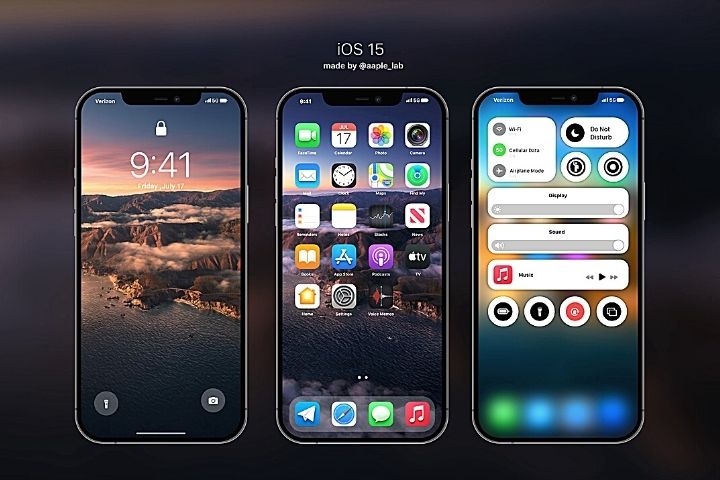 Apple presented new software for almost two hours on Monday. The news came every second. Nevertheless, some exciting information fell by the wayside.

iOS 15, iPad OS 15 and macOS Monterey – a lot comes together. Apple didn’t find time for some details on Monday, despite the two-hour show:

With iOS 15, Apple introduces the ability to locate a lost or stolen iPhone even if it has been switched off or even reset to the factory settings. Unfortunately, the company has not explained exactly how this works. However, one can assume that a few components will still be supplied with power after they have been switched off and that the iPhone will function like an AirTag and can be located via the Where-is? Network – at least as long as there are any other Apple devices in the area.

How long this option exists after switching off, Apple leaves open but adds that in future users will also be notified if they “leave an AirTag, Apple device or accessories from the Where-is? Network in an unknown location,” that may have been lost. That sounds practical.

If you like to live dangerously, you can deactivate the ability to locate your phone when the phone is switched off in the settings.

In many services, you can secure your account with the help of a so-called second factor. In addition to the password, you then have to enter a code generated each time you login to identify yourself. Company websites and networks often require such protection. Usually, apps such as Microsoft Authenticator or Google Authenticator are used for this.

Apple has now built this function directly into the operating systems of iPhones, iPods and Macs. In the settings for passwords, there is a new option, Configure confirmation code. You can either enter a configuration key or, much more conveniently, scan a QR code if the respective provider offers something like this on its website and supports the system. However, some companies stick to a specific authenticator app.

However, if everything goes well, Apple’s operating system will not only automatically fill in the username and password when logging in but will also use the two-factor code.

With the new operating systems, iCloud users who book a storage space subscription with Apple (from 99 cents per month) have the option of having Apple set up an anonymous email address for logging into online services. The service then forwards all messages sent to this address to the user’s actual address. If such an address is used to send spam or phishing emails, for example, due to a data leak from the respective provider, it can be easily deactivated, or emails addressed to them can be filtered out.

Another function that will be available to paying iCloud customers in the future is the so-called private relay, which disguises the data traffic so that Internet providers cannot, for example, understand who accessed which Internet address and when. The system is reminiscent of how Virtual Private Networks (VPN) and the Tor anonymization network work but technically works differently.

In the aftermath, however, Apple restricted the fact that this function would not be available everywhere globally for “regulatory reasons”. Accordingly, the privacy function will not be usable in Belarus, China, Colombia, Egypt, Kazakhstan, Saudi Arabia, South Africa, Turkmenistan, Uganda and the Philippines.

The Switch Will Be More Accessible.

Apple has noticed that many users have difficulties transferring all of their data from the old to the new device after buying a new iPhone. So in the settings, under Reset, you will find the menu item Prepare for a new iPhone in iOS 15. You can also check how much you would get from Apple for the old model if you swapped it when you bought it. Above all, however, the function helps transfer data and apps to the iCloud to copy them from there to the new iPhone.

Apple has not changed the rule that non-paying iCloud users have to be content with a meagre five gigabytes of storage space for many years and is not doing so now. However, probably because this limit is not enough for most users to transfer their data via the cloud, for example, from an old to a new iPhone, the company now offers non-subscribers unlimited iCloud storage space for a maximum of three weeks. So you should be able to “easily transfer photo albums, files, folders and accessibility settings”.

The Wallet Cleans Up.

Anyone who uses Apple’s digital wallet “Wallet” a lot knows that mountains of digital tickets will accumulate in it over time. Disciplined people naturally keep things tidy by regularly deleting expired cards. Everyone else is happy that Wallet does it in iOS 15. The criteria according to which the app is proceeding is not yet clear, at least in the first beta version, because in some cases, maps that were long out of date were displayed in a first test.

After the release of a major iOS update, it was previously advisable for owners of halfway up-to-date iPhones to install them as well. Because security updates for these devices were then only provided for the new iOS version. Apple continued to deliver updates for older iOS versions but only enabled them for devices that were not compatible with the current iOS.

With iOS 15, Apple is lifting this limitation, reports “9to5Mac”: “Users have the choice of staying on iOS 14 and receiving important security updates, or upgrading to iOS 15 to take advantage of all the new functions.” As a result, two user groups benefit: on the one hand, the sceptics who stick to the motto Never trust a version 1.0 and wait at least for the first minor update of the new version before updating their device. The other group wants to test a significant update in detail before releasing it to their employees.