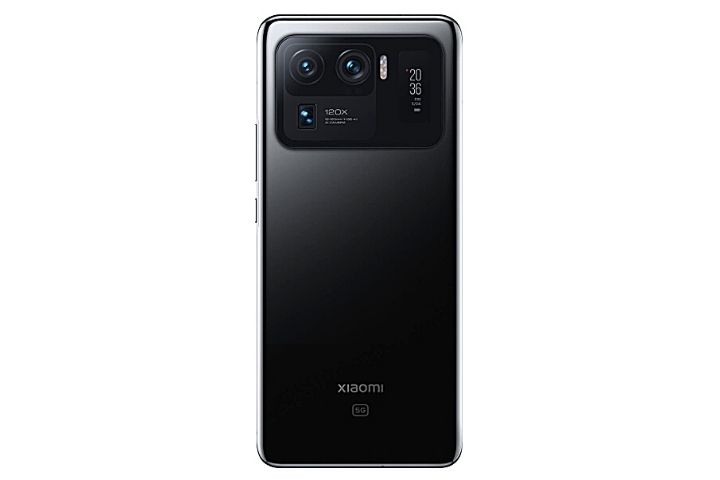 The Chinese smartphone manufacturer Xiaomi will bring its flagship Mi 11 Ultra and the smaller Mi 11i on sale in Germany in May.

Like the Mi 10 Ultra, the successor is also a powerhouse for photographers. It relies on the high-end SoC (System-on-a-Chip) Qualcomm Snapdragon 888 and comes with a triple camera setup. An AMOLED display with a 6.8 inch diagonal and 120 Hertz refresh rate, as well as a charging function that provides 67 watts both wired and induction, meets Xiaomi’s demands on a flagship smartphone.

Particularly noteworthy is the charging function, which is supposed to charge the 5,000 milliampere-hour battery of the smartphone to 100 percent in 36 minutes. Reverse charging is also possible. This makes the charging technology a bit better than the Oneplus 9 Pro (test), which comes with 50 watts wireless.

The device is equipped with twelve gigabytes of RAM and 256 gigabytes of other storage. Above all, we can describe the 1.1-inch display on the back as unusual, which the manufacturer advertises as an always-on display, notification window, and preview screen for selfies.

Xiaomi has installed a triple camera with a primary sensor from Samsung (Isocell GN2) with 50 megapixels on the same back. Sony’s IMX586 with 48 megapixels is used for ultra-wide-angle and telephoto zoom lenses. All three modules have optical image stabilization.

The video performance also promises a lot: All three smartphone lenses support 8K videos with 24 frames per second. The selfie cam on the front provides 20 megapixels and is housed in a punch hole in the display.

The Mi 11 Ultra supports Wi-Fi 6, Bluetooth 5.2, NFC, LTE, and 5G in wireless technologies. The Mi11 Ultra can hold two SIM cards, both of which can be 5G-compatible. Stereo speakers are built into the chassis at the top and bottom.

With housing dimensions of 164.3 by 74.6 by 8.4 millimeters and a weight of 234 grams, the Mi 11 Ultra is almost on par with the Samsung Galaxy S21 Ultra (test). In other words, it’s big and heavy, but not bigger and heavier than other big and heavy smartphones. The Oppo Find X3 Pro is of similar size but much lighter at 193 grams.

The housing of the Mi 11 Ultra is also certified to IP68, consists of the latest Gorilla Glass Victus on the front and ceramic on the back. The back can be chosen in matt white or matt black.

Xiaomi also relies on an E4 display from the manufacturer Samsung for its high-end flagship, rounded on all four sides. This offers 515 ppi at WQHD Plus resolution and can generate a maximum brightness of 1,700 nits, an absolute top value. With a touch sampling rate of 480 Hertz, games should feel very immediate and controlled precisely. The refresh rate adapts to the respective content and can reach up to 120 Hertz.

As usual in the AMOLED environment, there is a fingerprint scanner under the display. Alternatively, an AI-based facial recognition system unlocks the smartphone.

Mi 11i: Affordable Variant With Snapdragon 888

As part of its press conference, Xiaomi presented a third representative of the upper class on the Monday after the Mi 11 Ultra. With the Mi 11i, Xiaomi brings another smartphone with Snapdragon 888. That still plays in a different league, which is also noticeable in terms of price.

The Mi 11i is equipped as fast as the Ultra, but otherwise much worse, especially when it comes to the display and camera.

There is a triple camera on the back, but only the primary camera with 108 megapixels sounds convincing. There is also a super wide-angle camera with eight and a macro lens with five megapixels. Experience has shown that no effective performance can be expected from this combination. But we are happy to have a test come to us. The front camera has a 20-megapixel sensor that is housed in a punch hole in the display.

Xiaomi provides the Snapdragon 888 with eight gigabytes of RAM and optionally UFS 3.1 storage with 128 or 256 gigabytes. A fingerprint sensor is not installed in the display but the frame. The Mi 11i does not offer wireless charging of its 4,520 mAh battery. For this, the device can be charged with 33 watts via cable. So it should be complete in an hour.

The Xiaomi Mi 11i is available for 650 euros with a storage capacity of 128 gigabytes. The start of sales of the device is scheduled for May 12, 2021.

The video shows the German premiere, which Xiaomi called “completion” because it presented the last two smartphones in the Mi 11 and Redmi Note 10 series, which completed these series.

Also Read : Apple TV 4K In The Test: Do You Need This Box?