HomeGADGETSGoogle Developer Conference: This Is New With Android 12
GADGETSTRENDING NEWS

Google Developer Conference: This Is New With Android 12 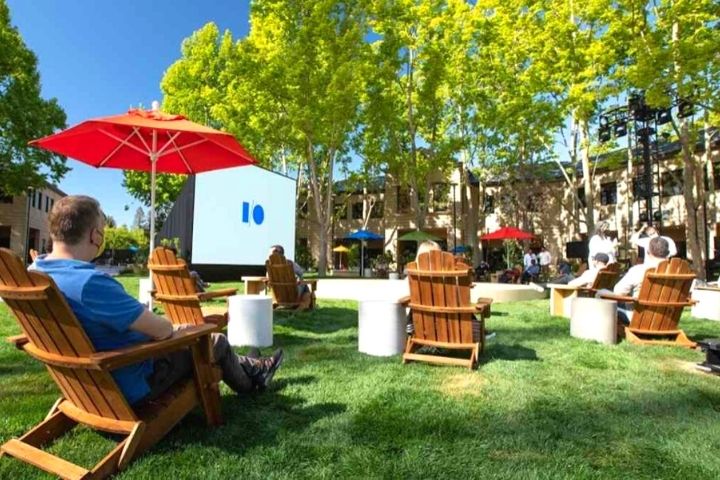 The new smartphone operating system should be more beautiful and adapt to the users. In addition, CEO Pichai chatted with planets and paper planes to show how well artificial intelligence will soon talk.

Google dares something. While many other companies are currently pre-producing their virtual events and simply playing them online at a certain point in time, Google streamed the launch event of the Google i / o developer conference live, including slips of the tongue and long breaks. For almost two hours, managers of the internet company, above all CEO Sundar Pichai, took turns presenting innovations and research projects.

The news with the most significant impact is likely to be the first look at the Android 12 smartphone operating system. After all, according to the company, the software is now actively used on three billion devices.

The most significant innovation of the update announced for autumn is the design called “Material You” by Google. The visual appearance and some functions of the user interface have been fundamentally renewed. It starts with the fact that you can define parts of the design yourself as the user. For example, which colors and widgets the system should use. The software can, for instance, recognize the dominant colors from its photo and define them as system colours. The personalized design is tied to the Google account and automatically transferred to the respective user’s other devices. There is a similar function in Windows 10, for example.

New animations are designed to make the system feel more organic and create space for others that have been removed. Google mentions as an example: If you have read all notifications on the lock screen, the time is displayed larger. The innovations also include the fact that the redesigned quick access bar, which can be swiped down from the top of the screen, now contains intelligent home control and Google Pay fields.

Functionally, the new privacy dashboard is remarkable, in which you can see which apps have used which data and when. Notice discrepancies, for example, because an app accesses the camera, but photos are not part of its functions. You should be able to disable access to the corresponding data source immediately. A feature that is familiar from iPhones and iPads: if an app accesses the camera or microphone, no matter why this is indicated by a green light point in the top right of the screen.

Another option that Google took inspiration from iOS 14 is allowing apps that use location data to access the approximate location, not the exact location.

A beta version of Android 12 is now available for Google, OnePlus, Xiaomi and other companies. Before installing it, however, you should back up all personal data and be aware that such pre-software always contains errors that can cause malfunctions and data loss.

For a long time, it was quiet about the smartwatch operating system Google Wear. Now the company is trying to breathe new life into the software with the help of Samsung. Wear is to be merged with the Tizen operating system, which Samsung has developed for its smartwatches. The corporations expect a more extensive selection of apps, more battery life and faster app launches. In addition, some functions of the fitness equipment from Fitbit – the company was recently taken over by Google – are to be transferred to the future system.

Chatting With A Paper Airplane

To demonstrate how far Google has come in using artificial intelligence to conduct conversations that appear natural, Sundar Pichai presented the “Language Model for Dialogue Applications”, or LaMDA for short. The examples were intended to provide an outlook on how artificial assistants could interact with people in the future, even when it comes to topics they are not specialized in.

Here, however, Google lost the courage to do a live show, and the conversations were played back as recordings. Google boss Pichai then also admitted that Lambda was just not finished, errors still occur, and the software sometimes doesn’t respond. That’s the way it is with beta versions.

Also Read : Brightly Colored, Super-Fast, And Slim: Apple’s New iMac Can Do That.