How AI, Automation, & Algorithms Are Turning The Music Industry Upside Down 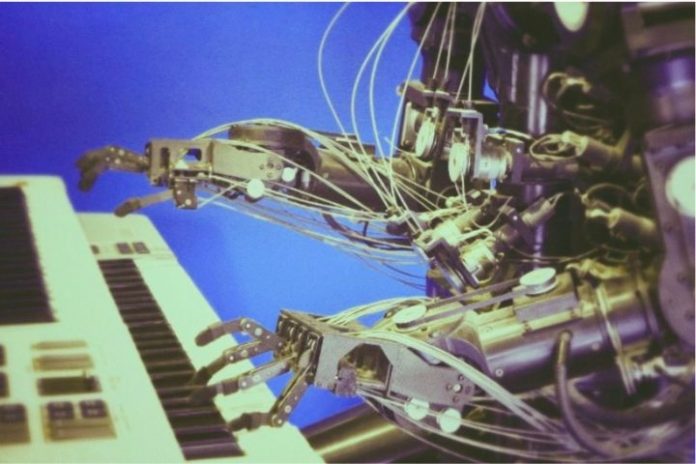 Artificial intelligence (AI) is one of the big topics of the future, and the benefits and risks of the technology are currently being hotly debated. But the term AI, also better known as Artificial Intelligence (KI), is defined very broadly – from more classic but intelligent algorithms to statistical methods and self-learning systems, for example, based on artificial neural networks; So automation.

The terms are often mistakenly used interchangeably, although there are clear differences between them. Sometimes we don’t even talk about intelligent methods based on machine learning or deep learning. But what are the differences between AI, automation, and algorithms?

The Differences Between AI, Automation, And Algorithms

First of all, we should ask ourselves why it is important to distinguish between the three terms in the first place. The answer: The technologies should be integrated into our professional and private everyday lives and possibly support us in future activities. To do this, however, it is necessary to understand what they can achieve and what they cannot; because only then can we use their potential to cope with urgent challenges, for example in climate and species protection, but also to improve human skills in the fields of art and culture and expand music. After all, there are sometimes big differences between the performance potentials of the three technologies, and not everyone can be used in all situations.

So let’s start with AI. It is based on generating results based on trained models. To become intelligent and act for us humans, AI ​​must constantly learn and be educated. To do this, it is fed with relevant data and thus learns to recognize patterns of action.

Artificial intelligence combines several technologies to complement and strengthen human skills. It is, therefore, a kind of technical term that includes intelligent technologies that mimic our decisions and actions, for example, to analyze and interpret large amounts of data, define certain patterns and make decisions. The advantage of AI is obvious: it works much faster and more accurately compared to us humans. It also relieves us of unpleasant manual activities and creates space for artistic work that involves emotions and

The widespread fear that AI could take our jobs away from us is therefore not justified. AI can relieve us of dull tasks such as sorting data, but in theory, we no longer need human specialists. But at the same time, technology offers us the opportunity to use the time we have gained differently – for example, as mentioned, to use and develop creativity as a basic skill. That may mean taking a step out of your comfort zone, but this is the only way to learn and develop our human potential.

What about automation or automation? She, too, focuses on performing repetitive tasks without human intervention. The technology goes hand in hand with AI, but it is fundamentally different from it. Because while AI is based on algorithms, automation is based on software tools that trigger an action with certain triggers.

On the other hand, algorithms describe clearly defined, predetermined procedures with which they solve clearly defined tasks. They consist of predetermined, rigid, and coded sentences and execute instructions when they encounter a certain trigger. Algorithms lead to a clear, predictable result. If contrary to expectations, this does not occur; there is simply an error that needs to be searched for and corrected. Algorithms can become so complex and powerful that they appear intelligent.

In essence, AI, automation, and algorithms describe the same goal: They extract knowledge from data to make it usable for people. The main difference is that an algorithm defines a process and thereby makes a decision. However, AI uses training data to make such a decision.

How The “Triple-A” Is Used In The Music Industry

One example of this is the music streaming company Spotify, which trains its AI with the data of its users. When we like or dislike a song, the company’s AI gets to know our musical tastes better and better and can thus individually suggest new songs and artists that we are likely to like. So we no longer have to spend our time listening to new music for hours to find a new artist that we like. These trained models are based on evaluating and interpreting huge data sets that enable the AI ​​to predict and deliver results based on the patterns determined.

AI is also being used more and more frequently in songwriting. But there is no reason to assume that machines will eventually displace musicians. What AI lacks are passion, creativity, and empathy. It must always evaluate and decide how a person has programmed it. Even if an AI composes music independently, it has to do this based on defined processes. This means that an AI can only work as well as a person has trained it. Which music data did she receive in advance, and which algorithms does she use to compose a piece of music? The success of AI depends on the person who programmed it. And even if they learn independently, one can never expect a surprising turnaround from them. For a flash of inspiration, you still need creative awareness, which is reserved for us humans.

On the other hand, automation is often used in the mixing process when it comes to adjusting the volume of a track. For example, an instrument can be placed in the foreground for a moment and then fade out again. It is also possible to add automation to the compression of a piece of music.

AI, automation, and algorithms are big and important topics of the future. With the help of these, we pave the way for the new world of work – in the future, intelligent machines will take on more and more monotonous or repetitive tasks. This leaves us, humans, more time for the overriding topics. But although the terms are currently hotly debated, many people mistakenly confuse them. Because contrary to the general understanding, not all tools and solutions that appear “intelligent” are AI. To use the technologies even more profitably in the future, it is important to know the differences between AI, automation, and algorithms. It knows exactly which type of technology is best suited for your project. Because not everywhere where AI is on it,

Also Read: What Remains: AI And Its Practical Application