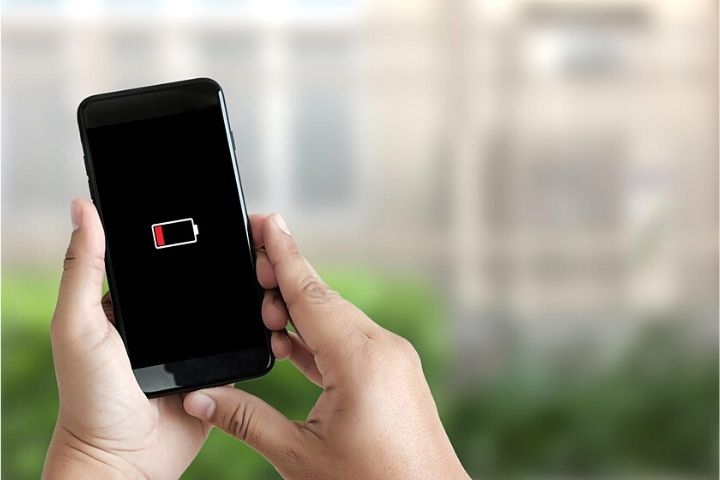 With the iPhone operating system iOS 14.6, Apple has eliminated many problems. But the software drains the battery faster than previous versions. In some cases, simple tricks will help. The complaints of iPhone users are not ending. The current iOS 14.6 operating system ensures that the batteries of some Apple smartphones are drained faster than with earlier software versions. Since the release of iOS 14.6, numerous iPhone users have complained that the battery life of their smartphones has been significantly reduced.

Older phones like the iPhone 7 are affected, and the current top models from Apple. One user wrote in the online forum “Reddit” that his almost two-month-old iPhone 12 Pro Max was “really ruined.” While the battery lasted two days shortly after the purchase, he now has to charge the iPhone at the end of each day.

Another user reported that his battery was only half full after a day – even though he had hardly used the phone. A screenshot of its battery activity shows that the energy is permanently falling, even though the iPhone has only been used for an hour and 20 minutes. During this time, the screen was switched on for an hour.

The problem does not seem to affect all models: One user writes that he has not noticed any issues with the battery of his iPhone 11 Pro Max since the update to 14.6. The battery will be discharged just as quickly as before.

Users Provide Tips On How To Fix The Problem

While Apple is silent, iPhone users help themselves. The battery problems can be avoided to some extent. One user suggests switching off the optimized battery charge. In some cases, it also helps first to make a backup, then reset the settings, and finally reload the backup. Some Apple forum members have identified the podcast app as a source of error and recommend deleting the application.

The problem could be solved with the announced iOS 15 operating system. At least beta testers attest to the software to better battery management. The new iOS is expected to be released in the fall when Apple introduces new smartphones. iOS 15 brings new functions such as split screens for FaceTime, automatic recognition of phone numbers on photos, and a voice assistant, Siri, which is freed from the online compulsion.

However, the battery problems could be eliminated beforehand. Because in the coming weeks, an update for iOS 14 will be postponed. Last week, Apple released the fourth beta version of iOS 14.7. This means that after a few test runs, the software will soon be available for all users to download.

So far, Apple has not implemented a specific performance brake for certain apps to save the battery. The smartphone manufacturer OnePlus is currently being criticized for this. The comparison platform “Geekbench” has taken the top models of the Chinese group out of the program because, among other things, the OnePlus 9 is supposed to call up full performance in benchmarks but throttles the performance of some game apps.

Also Read – Apple TV 4K In The Test: Do You Need This Box?