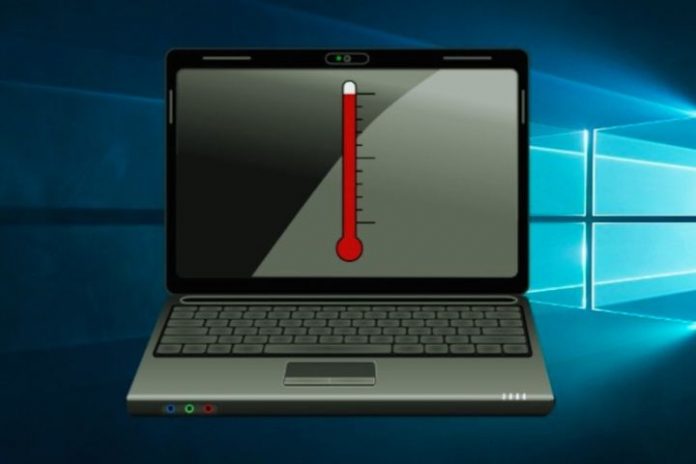 PC components should not heat up too much. Otherwise, there is a risk of reduced service life and crashes. Core Temp informs you about the CPU temperature at any time. PCs heat up a lot, especially in summer, so you should switch off your device more often than usual. After a break, the built-in components work within their normal temperature range the next time they are switched on. Alternatively, reduce heating by stopping performance-demanding programs.

Core Temp reveals how hot your processor or its cores are. Thanks to the software, you know when you should close individual programs – or the entire system – or open up the computer and dust off. What is charming about the tool is that it nests in the system tray of the taskbar (aka systray, notification area, bottom right – next to the clock ) and displays a separate icon for each physical processor core. Each icon is updated depending on how much the associated calculation core heats. You always have the information in view if you do not use full-screen programs.

Core Temp works intelligently by only displaying each installed CPU core once as a symbol. If your CPU masters Hyperthreading (Intel) or AMT ( Simultaneous Multithreading, AMD’s counterpart to Hyperthreading ), the number of CPU cores reported by the hardware to Windows doubles; this serves to speed up programs. Undeterred by this, Core Temp only displays one notification area icon per core. The manual call-up of the tool is unnecessary thanks to autostarting integration: Core Temp loads every time Windows is booted. You ensure this by packing the device in the autostart and activating the minimized setting so that no window pops up, but the system tool only resides in the tray.

Core Temp Guide: How To Use The Tool

Get the free Core Temp analysis software via download and start the installation by double-clicking on the setup file. Confirm the User Account Control prompt that appears with “Yes.” In the setup window, click OK to confirm the English language, click Next > I accept the agreement (put a period) and click Next three times. After the second click on “Next,” remove a tick to prevent the creation of an advertising shortcut on the desktop (“Goodgame Empire”). The “Install” button initiates the copying of all program components to your hard disk or SSD. Wait for the few seconds set up to finish.

You will then see a changelog in the installer and continue with “Next,” after that, you remove the tick in front of “View Readme.txt” so that no readme file is displayed in the Windows on-board tool Notepad. Complete the setup by clicking on “Finish.” Core Temp starts automatically after set up and shows you in its window the name of the installed processor, how big it is (manufacturing process in nanometers), and – notably – the temperature in degrees Celsius. Above “Tj. Max,” you can read the maximum degree Celsius value your CPU should not exceed. Below that, broken down by CPU cores, are the current temperatures. Chronicle information to the right reveals the measured minimum and maximum values ​​of the computing units since the program’s start.

For Core Temp to be available after booting, call up the configuration by clicking on “Options > Settings” in the menu bar and check whether there is a tick in front of “Start Core Temp with Windows.” If it’s missing (which is the default), set it. Go to the “Display” tab and enable the “Start core temp minimized” setting by ticking the box. For example, Core Temp does not open with a window when the OS boots but minimizes it in the notification area. There is no need to reduce the application. Click “OK” to confirm.

Core Temp nests in the taskbar’s notification area, usually at the bottom right of the screen, with several systray icons. If the icons are missing, click the up arrow near the notification area. Then drag the core temp icons into view. The dynamically adapting systray icons give you an overview of the current temperatures. Warning: once you open Core Temp, don’t exit it. Minimize the window. The application no longer takes up screen space, and the symbols in the tray are retained.

If you go Core Temp, the notification area icons will also disappear – which you can fix by restarting the program. If you would like to minimize Core Temp by clicking the close cross in the top right corner, first change a setting: Switch to the configuration dialog,

Double-clicking on a temperature number in the lower-right corner of the screen brings the main window to the fore – the info is more affluent than the notification area temperature information. But you don’t need the window too often because the degrees Celsius values ​​in the tray are usually the most critical information.

If desired, the tool updates its temperature information in the notification area less frequently. This can be defined under “Options > Settings > Standard”. Enter a millisecond interval (ms) for the temperature query here. The default value of 1,000 – equivalent to one second – is okay. In theory, you relieve your PC by storing a higher value for less-frequent queries. To immediately update the systray display (e.g., if the update interval is long), right-click on one of the core temp tray icons and select the “Refresh” context command.

Use The Core Temp Add-On With The 8GadgetPack

The All CPU Meter desktop gadget is a stylish way to keep an eye on the temperature of your processor. Since Windows 8, installation is no longer possible due to the lack of operating system support for the .gadget file format; All CPU Meter is one such gadget aka widget, also called gadget. To remedy this, install the 8GadgetPack under Windows 8.1, Windows 10, or Windows 11. It upgrades the compatibility of devices.

The All CPU Meter widget is included in the package, so you don’t need to download it separately. All CPU Meters are not included in Windows 7. It can be installed stand-alone. After installing 8GadgetPack, right-click on the new desktop bar (sidebar) and select “Gadgets” from the context menu. In the dialog that opens, look for “All CPU Meter” – you can find it on the first page. You can add the tool to the desktop by double-clicking, dragging & dropping, or right-clicking and using the “Add” context command. Whether installed stand-alone under Windows 7 or used as part of the 8GadgetPack: Set All CPU Meter to get the temperature values ​​from Core Temp.

To do this, right-click the slim tool and open the second tab called “Options” under “Options.” Your attention should now be on the “Show CPU temperatures” option. After that, use the drop-down menu to enter.” Note that you should not close Core Temp. If it doesn’t run, All CPU Meter reports, “Core Temp is not running!” You can remedy this by restarting Core Temp. If your PC often works at the maximum temperature, even in cooler weather, you would do well to use the device carefully in summer: Don’t burden it too much with the task manager terminating programs that cause load.

To find out what the weather will be like in your area, look at the tile surface in Windows 10. For example, here, you can see (without opening the weather app) a weather symbol for the coming days together with a degree in Celsius. Windows 8.1 users will also find a weather app in the tile menu. Incidentally, Windows 7 and 11 also have a weather program; Windows 7 is a widget that no longer displays any data.

Are you looking for a program to control your PC fans? Take a look at Fan Control. The software is portable and designed in a visually modern dashboard style. However, the operation is not for beginners. The alternative SpeedFan, which has enjoyed popularity for several years, is visually less fresh.

Processor Slower Due To Heat

Depending on the PC component – hard drive, SSD, graphics card, processor – other maximum values ​​apply for the temperature. The values ​​are manufacturer product line specific. It would help if you stayed within limits. Otherwise, there is a risk of crashes and a reduced life expectancy. A side effect of collisions is data loss if RAM data has not yet been saved. In severe cases, the hardware could be damaged if the PC auto-shutdown fails. The processor usually throttles the clock and its core voltages in good time beforehand to avoid irreparable damage – such underclocking is called thermal throttling.

The free tool HWiNFO is a bit more confusing, but it gives you the CPU core temperatures as “Current,” “Minimum,” “Maximum,” and “Average” in the “Sensor Status” window.

Also Read: What Is Ransomware?