Samsung Galaxy S21 FE: All Rumors And Technical Data At A Glance 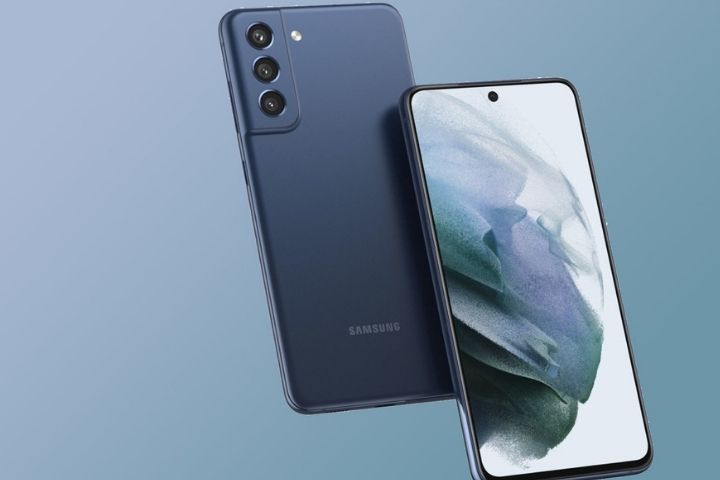 Everyone is talking about the Galaxy S21 FE, but what does FE stand for? At Samsung, the FE stands for Fan Edition, a version of a Samsung smartphone that has been revised according to community requirements. The first of its kind was the S20 FE, equipped with a larger screen and a better front camera – at a lower price than the Galaxy S20 itself. So it’s no wonder that everyone is waiting for the successor.

The technical data of the Galaxy S21 FE are interesting to read – but more on that in a moment. These are only rumors as long as the successor to the Galaxy S20 FE (here with a contract) is not yet official. And there are still two big question marks behind release and launch. Because actually, the device should appear in the summer of 2021. Presumably, however, the shortage of chips has thwarted Samsung’s plans.

Recently there were even reports that the device may no longer appear. In the meantime, however, we can announce a slight all-clear, because according to current rumors, Samsung is planning to present the Galaxy S21 FE together with the Galaxy S22 – speculation is about December 2021 or January 2022. Whether the South Koreans will keep the name or from S21 FE also remains an exciting switch to the S22 FE, and what the availability of the smartphone is – it is also possible that there will only be a small number of items.

Prices: How Much Will The Galaxy S21 FE Cost?

If Samsung wants to land a hit at such a late point in time, then the technical data and the price have to be suitable for the Galaxy S21 FE. There is a rumor about South Korea: There is talk of a price reduction of up to 22 percent. The Galaxy S21 FE could only cost around 550 euros if this also applies to the German market. That would be an attractive price. For comparison: The Galaxy S20 FE was available for 633 euros at the time of publication – and is now available at a lower price.

The Galaxy S21 FE should share the design language of the  Galaxy S21 (in the test) and be protected against dust and water according to IP68, which shouldn’t be a big surprise either. Suspected press material on which the smartphone can be seen has also appeared online:

The poster not only shows the smartphone itself but also all the color variants of the new model. If the leak corresponds to reality, Samsung will try in the future with less vivid colors than with the S20 FE:

The display is an exciting point in the technical data: The Galaxy S21 FE wants to score here with a 6.4-inch Super AMOLED and a refresh rate of 120 Hz, and a fingerprint sensor built into the screen. At 1080 x 2340 pixels, the resolution should be somewhat weaker than the Galaxy S21 (1080 x 2400).

You can expect smooth animations on a still crisp display in a size that is exceptionally comfortable for one-handed operators. The screen would be big enough to enjoy films and videos on the mobile phone and yet so compact that the device can still be comfortably held in one hand. For comparison: the base model is slightly smaller at 6.2 inches, and the S22 should be even smaller:

Technical Data: Everything About Performance And Memory

Now it gets tricky: The Galaxy S21 FE is said to have the model number SM-G990B and to be powered by a Snapdragon 888. However, models have also appeared whose centerpiece is an Exynos 2100. Both versions were supported by 8 GB of RAM and between 128 and 256 GB of internal storage.

Depending on the market, it would not be new for Samsung to install different chip systems in the S series. For a fan edition, however, it does. Given the shortage of chips, Samsung seems to be forced to use different chips this time to produce a reasonable number of units at all. What should also be exciting for many: While the top models at Samsung no longer have a slot for microSD cards, the Galaxy S21 FE should still have one.

Which Camera Does Samsung Use?

A triple camera will appear in the technical data for the Galaxy S21 FE should be clear when looking at the leaked poster. However, so far, only a few details about the more precise specs are known. According to an entry at TENNA, you can look forward to 4K videos and the following basic structure:

Battery And Charging: Better Than The S21 Ultra?

Samsung wants to know that the Galaxy S21 FE supposedly gets a 4500 mAh battery when it comes to the battery. That would be just as big as the Galaxy S21 itself. You can also charge the smartphone with up to 45 watts. That would even be much faster than the Galaxy S21 Ultra (in the test) and would make the potential price-performance hit attractive for all those who do not want to lose a lot of time when charging.

Tech Gloss
Tech Gloss is a site dedicated to publishing content on technology, business news, Gadget reviews, Marketing events, and the apps we use in our daily life. It's a great website that publishes genuine content with great passion and tenacity.
RELATED ARTICLES
Trending News

Protect Your Data From Ransomware Attacks

What Cyber Security Will Look Like In The Future

Data Exfiltration: Staying One Step Ahead Of Thieves

Ransomware: Pay Or Not Pay, That Is The Question

Security In The Flexible Working World