HomeGADGETSNotebook Processor In The iPad Pro: Apple Succeeded In This Surprise.
GADGETS

Notebook Processor In The iPad Pro: Apple Succeeded In This Surprise. 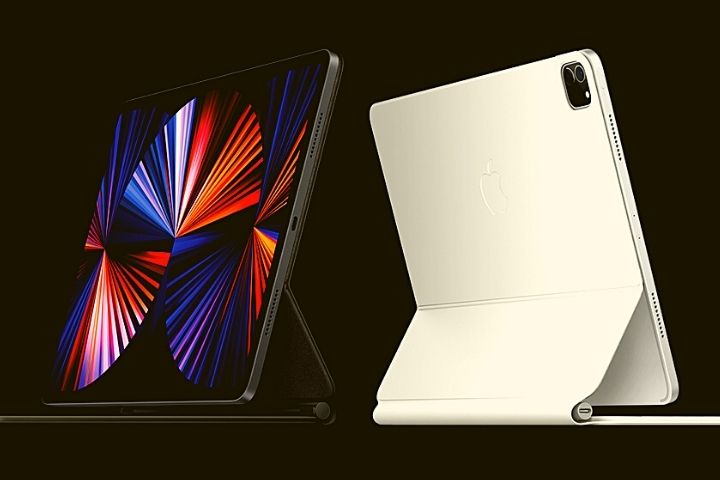 Before Apple presentations, the network is buzzing with rumors – which often turn out to be true. This time the company managed to keep an essential detail to itself, which suggests its plans.

It seldom happens that there are genuine surprises at Apple presentations. Steve Jobs joked back in 2010 when introducing the iPhone 4: “A whole new design. Stop me if you’ve already seen it.” Because, of course, everyone had seen the device. An Apple employee had left a prototype of it in a bar. Instead of giving it back to him, the finders sold the smartphone

These days, there are no longer such pretty stories as these. But data, properties, names, and sometimes photos of products that have not yet been announced have repeatedly escaped Apple in the past. The announcement of the Find-Gadgets called AirTags on Tuesday, for example, was predictable, except for the prices. Design, data, functions, all of this was known beforehand. The new iPad Pro 12.9 should have a screen with mini-LED technology that is not new either.

It was unexpected that the new iPad Pro is powered by the same M1 processor as the current MacBook Air notebooks, some MacBook Pros, and the new iMacs. Journalists and analysts who were otherwise considered to be well-informed had not expected this. Apple was finally able to surprise again.

The Apple professional tablet with the processor has been wholly overpowered: Apps that can utilize the M1 in the iPad are unlikely to be found at the moment. In the beginning, you will therefore benefit primarily from the efficiency of the Apple chip and – hopefully – notice longer runtimes.

However, the decision to plant an M1 in the iPad Pro also has advantages for the manufacturer. In the factories of TSMC, which manufacture chips for Apple, more copies of this one processor can now roll off the production line; production does not have to be changed for either one or the other. This makes TSMC easier to manufacture and increases the number of chips of one type that Apple orders, resulting in savings.

However, what could be more critical is that the decision in favor of the M1 freed Apple’s chip developer from the burden of designing a new processor only for the iPad Pro series. In the end, variants of the A12 Bionic processor, which was initially used in the iPhone XS, have constantly been developed for this purpose.

But now, those developers can devote themselves to a successor to the M1 instead. And that is far more important for Apple than a possible A14X for the iPad Pro would have been.

Because Apple’s schedule is to switch entirely from Intel chips to its chips within two years, with all products, so far, it has worked out well. The MacBooks and Mac mini, which already have the new chip, were praised for their outstanding performance and astonishingly long battery life in reviews.

But now, the team around the head of chip development at Apple, Johnny Srouji, is faced with designing even more powerful processors. Because even if it is praised for its performance, the M1 has only been used in Apple’s consumer devices.