Cable Winches And Their Range Of Applications In The Transport Industry 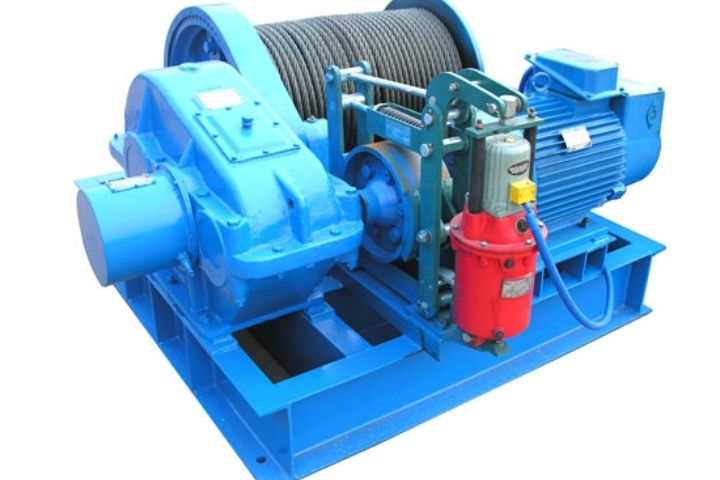 Cable winches have been in use for a long time and are a practical aid when pulling heavy loads. A winch is a device that can be used to pull something on a rope. The rope is pulled either by muscle power or by a motor (e.g. the rope is wound onto a rotating cylindrical drum/winch).

The winch ropes can be made of natural fibres. But with heavy loads, it will mostly be a steel rope or, for example, a synthetic fibre rope (e.g. long-chain, textured polyethene, PE-UHMW). The pulling force of the cable winch can be increased by using a pulley block.

First Use In Connection With Wells

It is said that the oldest winches were attached to deep wells. These were initially constructed as a draw well. In the old wells, animals (e.g. donkeys or oxen) were also used to pull the excellent rope. With the newer and space-saving technology of pulling with the help of the rope winch, it was possible to operate the rope only by human hands. Further development took place by the fact that an inhibiting mechanism was installed. This prevented the filled bucket from falling again if it was accidentally released. Cable winches were later used with or without side treadles on military machines (could be catapults or ballistae) and cranes.

A Winch Can Be Used In Many Ways.

Nowadays, a cable winch can be used in many ways. Depending on what, you can use different types of winches. The electric winch, hydraulic winch or manual – i.e. hand-operated – cable winch are widely used.

Electric rope winches are very often designed for material transport. Transport GmbH, for example, can offer its customers appropriate solutions. You should also be able to transport people with an electric cable winch. But then there are higher safety factors than with material transport.

The Electric Winch With A Radio Remote Control

The Electric Winch With A Wired Remote Control

There is a hardwired connection or a plug-in system here. With the plug-in system, different operating lengths can easily be made possible, and it is maintenance-friendly and usually more attractive in price than the radio remote controls.

Well-Known Areas Of Application For Cable Winches Are:

Cable winches are often installed here as load carriers. They can then be used to rescue people in difficult recovery areas. Cable winches are also used to pick up other loads from or in the air.

Cable winches are also often found on large vehicles, such as fire engines or tow trucks. This means that other vehicles can then be towed away.

In agriculture, rope winches are used a great deal to deliver wood. When trees are felled, the winds can provide support and also ensure work safety. They can also be used when transporting trailers or when securing windthrow (storm wood).

For All-Terrain Vehicles In The Off-Road Area

If you like to travel a lot in an off-road vehicle far from real roads in the forest, mud or swampy terrain, you should always have a winch with you. Because if the vehicle gets stuck, it can be mounted on a tree or another vehicle with the cable winch and pulled out again.

In The Context Of Shipping

In the shipping industry, winches can be used as special anchor winches. This anchor winch (called anchor winch in sailor’s language) pulls the heavy ship anchor back on board.

Also Read :Working At Home: These Are The Challenges To Be Mastered.

Cable winches can differ in their drive (mechanics, electrics or hydraulics) and the rope, which can consist of steel or synthetic fibre. If the ropes are not damaged, both types of rope are equally safe. There is a high risk of injury if rope winches are misused. For this reason, the winches should continuously be operated professionally, and certain safety precautions should be observed.

It would be best if you made the right pre-selection. A suitable fastening option must be available. The manufacturer’s information regarding the permissible load and minimum breaking force should be checked during preparation. If a pulley is used, the load can change. The rope must be securely attached. Required accessories such as a remote control or a pulley should be checked beforehand for possible damage and wear and, if necessary, replaced.