HomeGADGETSmacOS Ventura Is Official; All The News Is From Apple
GADGETSTRENDING NEWS 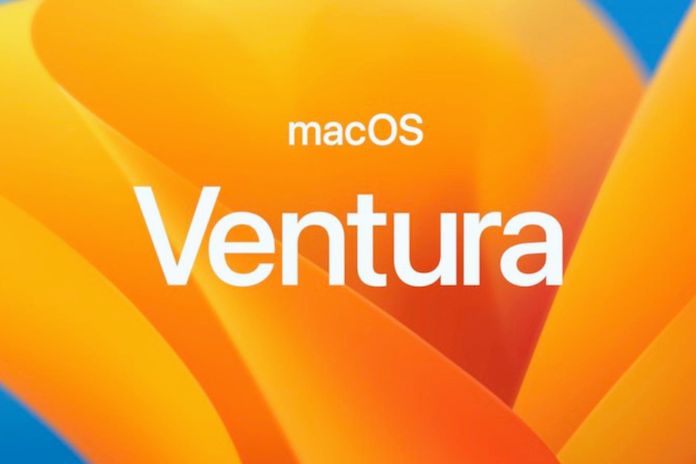 macOS Ventura officially released the new update of Apple’s operating system. Let’s find out how to install it and all the news.

Apple has officially released macOS Ventura, the latest update of the famous operating system. There are many innovations proposed by the Cupertino company, especially in terms of productivity, safety, and collaboration.

One more step towards full integration with other Apple devices (and operating systems), with various features, developed hand in hand with iPhone and iPad. Let’s find out all the main features of macOS Ventura.

Among the most interesting new features of the update is the Stage Manager, which allows you to better organize applications and open windows on the screen. The idea is to guarantee the user better concentration, keeping the window in use in the foreground and the others visible to the side so you can have everything you need close.

The Continuity feature of the camera allows you to use an iPhone as a Mac webcam, with many additional settings. With this mode, the computer automatically detects the smartphone nearby by activating the function without unlocking or selecting anything. Among the main features of Continuity: are different framing options, shooting modes, automatic framing, background blur, and much more.

Handoff also comes to Mac, allowing the user to initiate a FaceTime call and transfer it to other nearby Apple devices without having to hang up.

Among the most anticipated updates of the new macOS Ventura is that of Safari, which has developed innovative shared panels designed to see the activities on the web of friends, family, and colleagues invited to share in real-time.

The function is specially designed for work projects, where groups of several people collaborate directly online. Moreover, from within the browser, it will be possible to start a conversation via Messages or FaceTime without leaving the application.

Passkeys have also been implemented on Safari, designed to use biometric recognition instead of passwords on various sites. In this way, greater security is guaranteed, and there is no risk that personal codes are saved on external servers with the risk of being stolen by hackers. The passkeys will be synchronized on all Apple devices, and the user can use any of them to log in to the sites.

Many innovations have been introduced in the new macOS Ventura: productivity, security, and collaboration between users and different Apple devices return to the center.

Mail receives a renewed search method designed to make managing your mailbox even more accurate. The update also includes sending scheduled messages and the ability to delete an email immediately.

In addition, the application allows reminders to reread a critical message at a particular time, automatic follow-ups to remind recipients to read “ignored” news, and notifications when sending an email with missing parts such as attachments, subject, and so on.

We have introduced Mail functions on Messages, such as modifying or canceling recently sent messages and recovering deleted ones. Again, Apple has thought about collaboration, with many of these solutions developed for teamwork, such as creating shared messages that all invited users can edit.

Finally, Spotlight guarantees better integration between the various Apple devices and full compatibility with Testo Attivo, capable of detecting the writings on photos and videos. Furthermore, it will allow you to launch different applications from within Spotlight, making it easier to use and manage.

The other innovations introduced with macOS Ventura concern Active Text, capable of exploiting on-device intelligence to identify the writings on images and videos. With Visual Search, it will be possible to extract the elements of a frame and start a web search with one click.

Weather and Clock also arrive on Mac in an optimized version with many features designed specifically for computers.

The Image Capture App has obtained the OCR function, which allows recognition of characters in photos and transfers to an editable text sheet.

Big leaps in accessibility, too, with Live Transcripts for all audio content, Type to Speak for calls, and Text Checker for better spell-checking while using VoiceOver.

Finally, Rapid Security Response arrives on Mac, one of the most advanced security tools ever capable of resisting any external attack.

How To Install MacOS Ventura

Here, in addition to the classic system updates, there will also be the 12.1GB update of the operating system. Before proceeding with the download, it is advisable to check that you have enough space on the hard disk and, of course, that you have a reliable connection capable of downloading the different GB of the package.

Also Read: Mobile Phone With A Large Display: Mobile Giants At A Glance