HomeBUSINESSProcess Automation With Bots And Co.: This Is How Companies Become Future-Proof
BUSINESSROBOTICSTECHNOLOGY

Process Automation With Bots And Co.: This Is How Companies Become Future-Proof 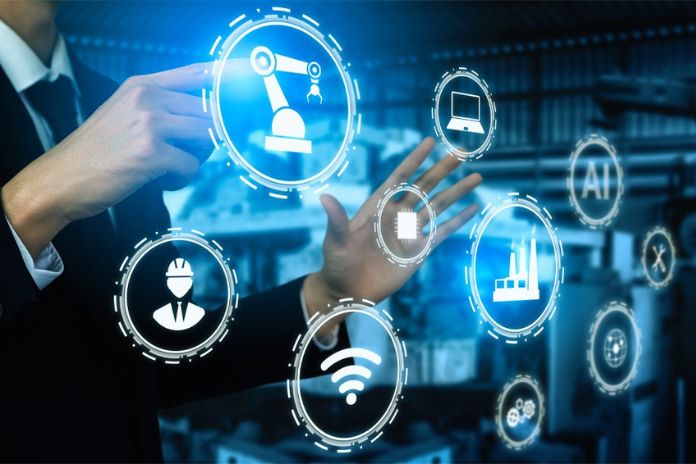 Software robots become new colleagues who make work easier for employees and free them from tiresome routines. The data explosion and the increase in digitized services will make robotic process automation (RPA) an indispensable component of corporate strategy in the future. Successful automation projects show that technological and human employees can work side by side and play to their strengths – if management is brave enough to initiate change.

In a hospital, two million patient files must be migrated from one system to another quickly – because the contract with the legacy system expires in a year. In addition to migrating each patient file (including patient data, findings, treatment plans, X-rays, etc.), they must be archived per legal provisions and the GDPR. Overall, this is a typical task of digital transformation and can occur in any other industry.

A savvy person might manage 25 files in a typical workday, including breaks and distractions. With an average of 220 working days a year, a team of eight could generate 44,000 digital data sets. This calculation shows that the project cannot be manually managed sensibly; it would take years and not necessarily demand the entrusted employees. In contrast, it would take eight machine colleagues with Robotic Process Automation (RPA) a year to migrate all documents and archive them simultaneously. Such practical examples show the concrete benefits of process automation – for companies and employees.

Software robots, or bots, are intelligent systems that learn and automate repetitive, manual, time-consuming, or error-prone activities. Bots are easy to use and do not require interfaces that in-house developers would have to program themselves. A software robot behaves like a user and registers itself with the appropriate programs and solutions. When several such intelligent solutions interact, one speaks of hyper-automation, for example when a chatbot triggers another bot in the background of the service call, which sends an email.

That sounds positive initially, but many companies need more time to implement automation projects with RPA: Our practical experience shows that the assumed costs are often a reason. In reality, the cost of the technology staff is much less than initially thought. There are license costs, which can be imagined as the salary costs of digital employees. However, due to the 24/7 availability of the bots, they only make up a small part of actual personnel costs. In addition, there are costs for adapting or developing the processes that a bot is supposed to implement – for example, precise work steps must be defined.

This corresponds to the induction period and the training costs of employees. RPA projects can calculate these transparently and understandably in advance so that the associated savings can be calculated for each bot process. If a function is automated, you can add another bot, which has all the knowledge of the first in the form of the already automated processes. Software robots can therefore be scaled as required.

Bots can be used in many areas: They relieve employees of administrative tasks, such as data entry, maintaining Excel spreadsheets, or checking documents, because they process data faster and better than humans. This gives human employees more freedom for tasks that require creativity and problem-solving skills. In our projects, we see in practice that motivation and productivity on the part of the employees increase when tiresome admin tasks are eliminated.

In this way, RPA also supports companies in countering the shortage of skilled workers because by automating repetitive tasks, the staff is deployed more efficiently and stays with the employer longer.

In addition, RPA is insurance against loss of know-how in the event of emigration or retirement of essential specialists. They often have informal process knowledge that needs to be written down somewhere. When the specialist is gone, their knowledge moves on with them. RPA process descriptions can secure it in the long term.

But robotic process automation does not only mean an improvement in efficiency. The method also significantly increases the quality of the processes. An example: In delivery processes, downtimes are avoided with RPA. Seamlessly interlocking bots optimize the times for arrival, loading, and further processing of cargo.

This even applies 24/7, making working together easier in different time zones. Data protection is also improved with RPA: software robots act based on defined rules from which they do not deviate. If all the criteria of the EU GDPR are taken into account in the process description, there will be no violations in the first place.

Start RPA Projects And Make Them A Success

We have already accompanied many automation projects, here are practical tips on how to make the project a success:

The most important finding from numerous RPA projects is: Automation has a cyclical process. It begins with a single method that is further developed and adjusted agilely. The following procedure is then automated so that more software robots are added over time, and the proportion of manual and repetitive work decreases while employee productivity and satisfaction increase. This makes it clear: Process automation with RPA is an essential part of the digitization of companies and should be initiated. In contrast, companies are still in the luxurious position of testing projects in the form of an MVP. Thanks to the agile approach, processes and process chains are digitized step by step, and for further hyper-automation with more complex,

Positioning your company for the future will only succeed if colleague robots are planned to be firmly alongside human employees.

Also Read: AI And Robotics Have The Potential To Transform Healthcare