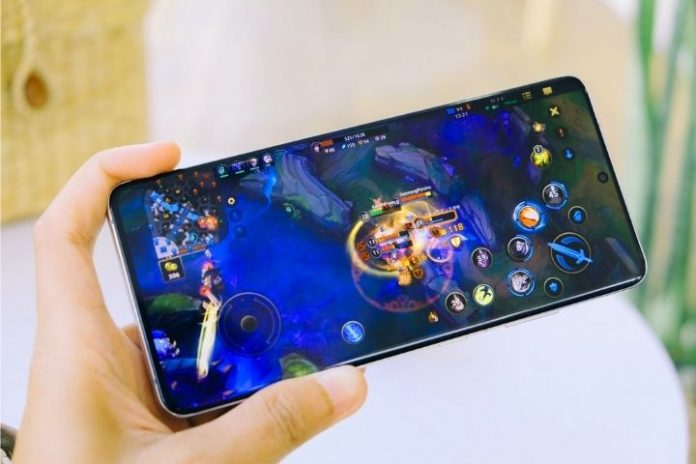 Mobile games have been growing in popularity for years. No wonder with titles like “Call of Duty Mobile”, “Wild Rift”, or “Genshin Impact”. But to fully enjoy these games, you need the right equipment. We introduce you to the best gaming phones.

That’s What Matters When It Comes To Gaming Phones

To play on your smartphone, you first need the proper performance. But the latest chipset alone does not make a smartphone a gaming device. We list all the features a gaming phone should have:

Asus ROG Phone 5: A Gaming PC In A Handheld Format

“Republic of Gamers” or “ROG” for short is Asus’ way of labeling the gaming products in its portfolio. In addition to laptops, monitors and computer components, the company also produces gaming phones under this name. The ROG Phone 5 is the current model and comes with everything a gamer could wish for.

The smartphone’s look makes it clear from afar that this is a gaming phone. Whether you like the hard lines and the glowing logo on the back is another matter.

The ROG Phone 5 is beyond any doubt when it comes to gaming power. The 6.78-inch display offers a brisk 144 Hertz refresh rate and looks excellent thanks to AMOLED technology. A game mode called “Game Genie” is pre-installed and ensures that nobody disturbs you with calls or messages while you are gambling. In addition, there are the “AirTrigger” shoulder buttons, with which you can operate games more easily.

The 6000 mAh battery lasts for long gaming sessions, and thanks to the fan, the phone stays cool during this time. As a result, the ROG Phone 5 can keep the high performance of the Snapdragon 888 chip longer than smartphones without active cooling.

The Asus ROG Phone 5 is available in different storage and RAM variants. There is a maximum of 256 GB ROM and 16 GB RAM. Enough to store all the games you need and even run them simultaneously. You have to budget around 980 euros for this unless you opt for a different variant, such as the Asus ROG Phone 5 Ultimate, which has a few additional features.

Also, Lenovo is probably better known for laptops, monitors and computer accessories. But this manufacturer also sees a growing market in mobile gaming. That’s why the company released a gaming smartphone for the first time in 2020. The Legion Phone Duel is designed to be used horizontally, which results in some unusual features. However, they seem well-received because Lenovo has now submitted a second gaming phone with a similar concept: the Legion Duel 2.

The two USB-C ports are striking. One is at the bottom in the usual place; the other is on the side next to the volume rocker. This means that the cable is not in the way when gaming. The pop-up camera is also not integrated into the forehead of the device but is located horizontally in the middle. This is especially useful for those who live to stream their gaming sessions.

The battery of the Lenovo Legion Duel 2 is particularly impressive. Two cells with 2750 mAh each are installed here and charge up to 90 watts. So far, only a few smartphones recharge their batteries in this way. The gaming phone reaches its total capacity within just half an hour.

Internal storage capacity and RAM are sufficient because with the Lenovo Legion Dual 2, you can choose between 256 GB or 512 GB ROM and 12 GB or 16 GB RAM. You have to have at least 800 euros ready in terms of price. However, a Pro version also offers more features for an extra charge. So it’s best to take a close look at both of them.

The Black Shark 4, a gaming cell phone from a well-known manufacturer, also appears. Because it is a sub-brand of Xiaomi that focuses entirely on gaming. In addition to the Black Shark 4, there is also a Pro model, which is only available in Germany as an import.

With the Black Shark 4, Xiaomi has taken a completely different direction than the other manufacturers. In contrast to the previous models, it does without a few premium features and therefore only costs around 512 euros.

But don’t think that your gaming experience will suffer. The smartphone is equipped with haptic shoulder buttons, among other things, offers top performance thanks to the Snapdragon 870 chip and a maximum of 12 GB of RAM and delivers buttery smooth animations with a 144 Hz display. The battery is slightly smaller with “only” 4500 mAh, but it charges fully in just 17 minutes with 120 watts.

Admittedly, we’re cheating a bit here. But if you don’t like Android and are still looking for a gaming phone, you don’t have much choice. Apple simply does not have a cell phone specifically for gamers in its range. But the iPhone 13 Pro Max is one of the most powerful smartphones currently available and delivers top performance in all games available on the market.

Why are we calling the iPhone 13 Pro Max here? Very simple: It has a massive 6.7-inch OLED display with a refresh rate of 120 Hz. That means a lot of space (despite the annoying notch) and flowing animations in high-contrast Full HD Plus.

There are no gaming options, and there are no extra buttons or active coolers on the hardware side either, but one thing is sure: the Apple A15 Bionic Chip provides you with one of the best, maybe even the best gaming performance. The iPhone 13 Pro Max only needs 6 GB of RAM, thanks to the remote iOS operating system.

The 4352 mAh battery gives you many hours of gaming fun and even charges wirelessly while gaming using the magnetic MagSafe adapter; however, only with a maximum of 15 watts, which results in a very long charging time. You should budget at least 1100 euros for the price unless you are smart and secure the iPhone 13 Pro Max with a contract and save a lot of money.