HomeSOFTWAREPros And Cons Of Chrome - A Browser In Focus
SOFTWARETECHNOLOGY

Pros And Cons Of Chrome – A Browser In Focus 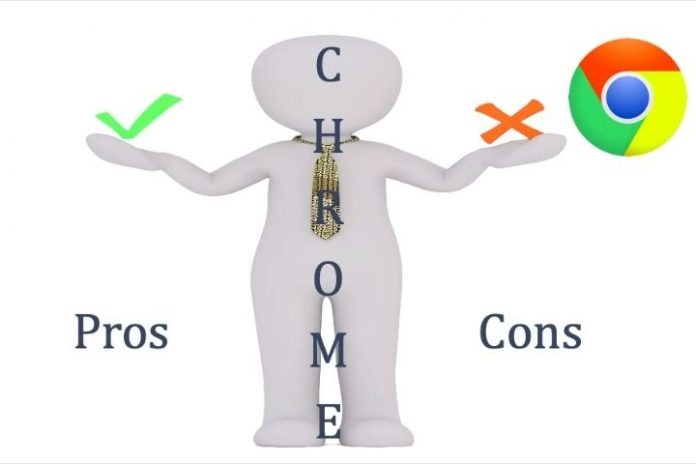 Firefox was the market leader for a long time, but now (since autumn 2017), Google Chrome is the most used browser. This is not unfounded, but using Chrome brings advantages and has certain disadvantages. So it would help if you think twice before deciding to use Chrome like many others. So let’s take a look at some of the most critical aspects regarding the browser.

When It Comes To Privacy, Chrome Isn’t The Best Option

At least when it comes to privacy, Chrome isn’t exactly the best choice. After all, there is no denying that Google has often been involved in scandals over data protection violations. The industry leader has even been fined millions for violating the General Data Protection Regulation (GDPR). User data is said to be used in an unclean manner, and it is no secret that Chrome or Google evaluates its users’ data. The related procedure has since been tightened up, but those who value data protection and privacy should consider taking action.

One way to protect your data when using Chrome is to disclose as little sensitive data as possible from the start. However, this is not always easy, and therefore it is advisable to use a VPN Chrome extension in addition to this. Among other things, this keeps your IP address hidden, which contributes to data protection and facilitates surfing without restrictions. For example, by using a VPN, it is possible to bypass firewalls in countries with internet censorship and the notorious geo-blocking. However, that alone is not enough to maintain security, so we also encourage the use of software as antivirus programs suggest. Many antivirus programs are free and still offer a good range of functions. They are, therefore, a must in order not to be exposed to an increased risk when surfing with the Chrome browser.

In Terms Of Performance, Chrome Is Hard To Beat

There are now many browsers, and despite this and numerous data protection scandals, Chrome is still the undisputed number one . However, this position does not come about by chance but is primarily related to the browser’s performance. Users benefit from the excellent speed when calling up websites, and crashes are practically impossible with Chrome. The latter, in particular, is a common reason why many Internet users prefer Chrome to the more secure Firefox. Finally, Firefox keeps crashing, which hurts the overall performance. Another advantage is the slim essential equipment, which can be optimized with various extensions if necessary.

So users can customize Chrome to their liking, at least to some degree. This can theoretically achieve even better performance. In addition, the transfer of data via Chrome is uncomplicated, and those familiar with it can use various options to achieve better security when surfing. It can hardly be surpassed in terms of performance, although the company behind it, Google or Alphabet Inc., rightly doesn’t have the best reputation. Nevertheless, there is little to be said against using Chrome, especially since it can be assumed that Google will be more careful with its users’ data in the future due to international pressure.