HomeGADGETSVivo X60 Pro In The Test: The Zeiss Is Hot
GADGETS

Vivo X60 Pro In The Test: The Zeiss Is Hot 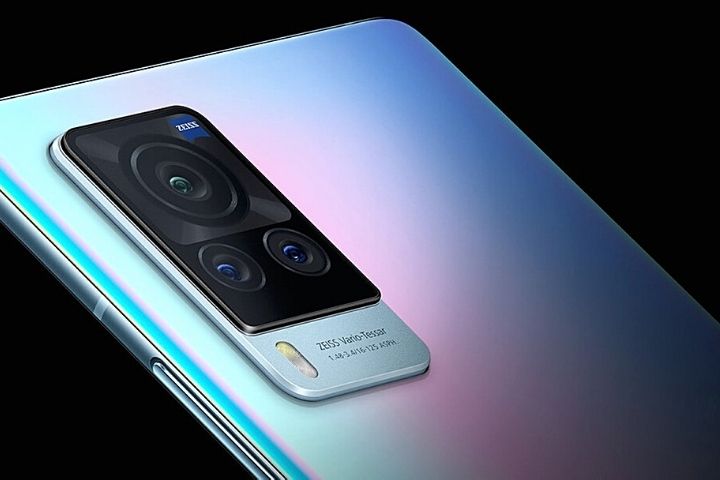 In its home country China, mobile phone manufacturer Vivo is the market leader but hardly known in Germany. Cooperation with the optics expert Zeiss should help to change that. We tested whether that works.

Vivo, the global number five in the smartphone market, is still largely unknown in Germany. The Chinese company wants to change that with the X60 Pro and sponsorship of the UEFA European Championship. The smartphone with the bulky name is the successor to the X51, which was introduced just eight months ago, and is adorned with a tiny Zeiss logo. Similar to Huawei with Leica before, the Chinese are securing the radiance of a prestigious brand here. Zeiss does not build cameras for Vivo but helps a little with their development.

The smartphone has three main cameras. The star is the wide-angle lens with a 1: 1.48 wide aperture and 48-megapixel sensor. In addition, there are two 13 megapixel cameras with double magnification and a super wide-angle with a factor of 0.6.

The wide-angle camera has special anti-shake protection, which Vivo calls “Gimbal 2.0”. It compensates for movements around five axes: rotations around the X, Y and Z axes and movements along the X and Y axes. In the test, sharp images were taken even with a shaky hand in motion.

The micro gimbal stabilizes in all modes except portrait and slow motion. Videos can be recorded at 30 or 60 frames per second and 4Kor 1080p resolution. Photos can be snapped with 48 megapixels, but in the standard setting, the camera app reduces the recordings to 4000 by 3000 pixels, i.e. twelve megapixels, using so-called pixel binning. The front camera has a resolution of 32 megapixels and looks through a centrally located hole in the display.

Zeiss has contributed the “Biotar” mode for the portrait mode, which emulates the look of the six-element Zeiss lens of the same name. The software allows the focus point and the calculated aperture to be set retrospectively when taking portraits. This allows you to change the bokeh and the depth of field afterwards. The many other effects that can brighten up portraits and make makeup suitable for men should be taken less seriously.

With a list price of almost 800 euros, the X60 Pro scratches the upper class. It is powered by a Snapdragon 870 processor that Qualcomm developed specifically for affordable flagship smartphones. For example, in performance measurement programs, it is on par with Samsung’s Galaxy 21 Ultra in some disciplines but is far behind in others. In the test, however, we never felt weakness.

Vivo has built-in twelve gigabytes (GB) of RAM, which is supported by 256 GB, of which another three GB can be added to the RAM when things get tight. The display can work with a refresh rate of 60 and 120 Hertz, and switching is automatic. In addition, the fingerprint sensor behind the display works quickly and reliably.

The case is very valuable and precisely manufactured. The slightly rounded display edges make it slim and comfortable to hold. The 6.56-inch Amoled display achieves a peak brightness of 1300 nits and a contrast of 1: 6 million.

With 5G, wifi 6, Bluetooth 5.1 and NFC, the X60 Pro has the latest wireless technology onboard largely. The scope of delivery includes a USB-C cable, a USB-C audio adapter, in-ear headphones, a 33-watt power supply and a clear protective cover.

The battery is fully charged within an hour and only takes 20 minutes to go from 15 to 50 per cent. It should hold up all day in all conditions. During the tests, I had more than ten hours of screen time a day, with a total runtime of more than 24 hours. If you want to decimate the battery faster, you can set the display to 120 Hz and choose an always-on display. At full brightness and a Netflix movie running in a loop, the X60 Pro lasted 16 hours. You can do without the lack of inductive charging.

With its Funtouch 11.1 user interface, which is based on Android 11, Vivo has fortunately not changed much from Google’s original and has largely dispensed with replacing Google apps with their own, as some other manufacturers do. In addition to Facebook and Netflix, a Vivo app for photo albums is installed, but it can be easily removed. Some system functions are combined in an app called iManager.

For its software, Vivo promises to deliver security updates for three years and two future Android versions. However, experience with the X51 shows that Vivo updates come frequently, but not always monthly, and are usually a month behind Google’s rhythm.

Also Read – True Wireless Headphones To The Test: Good Sound Can Be Expensive.

I like the X60 Pro because it is so slim and comparatively light. The velvety back is not slippery. The case has no unnecessary buttons but comes with an on / off switch and volume rocker. The photos are consistently excellent. Only two omissions stand out: the device does not have a second speaker and is not certified as waterproof. According to Vivo, splashing water is okay, but water immersion is not.

Editor’s note: This text originally said that the Vivo X60 Pro only had wifi 5. However, it is equipped with a wifi 6.