HomeGADGETSApp Tracking Transparency: What You Need To Know About Apple's New Data...
GADGETS 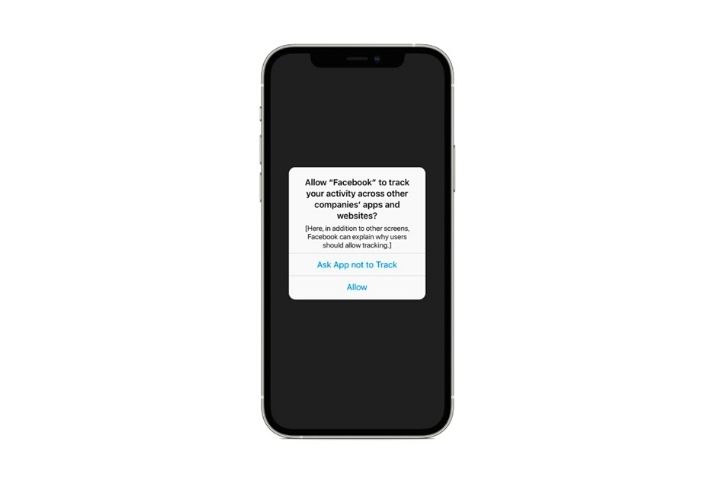 With iOS 14.5, iPhone users can prevent their data from being passed on to advertisers. This is supposed to protect data but brings business associations on the barricades. What’s behind it? Answers to the most critical questions.

Apple turns off the data tap for personalized advertising: On Monday evening, the Californian company released version 14.5 of the iOS, iPadOS, and tvOS operating systems. The update enables users to decide whether they want to allow apps to track their usage behavior and exchange data about them.

Analysts estimate that the function will turn the market for personalized advertising upside down, as around two-thirds of iPhone users will probably use the new process.

The introduction of the App Tracking Transparency (ATT) function had been postponed repeatedly and sharply criticized by the competition since it was announced in summer 2020. On Monday, several publishers’ associations and representatives of the advertising industry filed a complaint against Apple with the Federal Cartel Office. These include the Online Research Working Group (ago) and the Association of German Magazine Publishers (VDZ), of which SPIEGEL-Verlag is a member.

The Accusation: Apple is abusing its market power with this function and violating antitrust law. “With these unilaterally imposed measures, Apple effectively excludes all competitors from processing commercially relevant data in the Apple ecosystem,” said a statement from the complainant. The report also states that Apple is trying to make it difficult for the advertising industry to access data relevant to competition in an impermissible manner.

In the following, we explain what Apple is about with its update – and why the company is annoying competitors like Facebook.

Where Does The Notice Appear?

In the future, apps that want to collect data for personalized advertising will have to display a query the first time they are started or after an update. They ask for permission to exchange data on the user’s surfing behavior with other apps and websites. There you also have the opportunity to briefly explain why tracking makes sense from your point of view.

Will Apps Still Run If I Prohibit Tracking?

Yes. Apple dictates that the app functions must not be restricted if users prohibit advertising tracking.

How Does Advertising Tracking Work On iPhones?

Apple gives developers access to a randomly generated code uniquely linked to the respective iPhone, the so-called Identifier for Advertisers (IDFA). Advertisers can use the IDFA to find out, for example, when someone has searched for real estate in the browser – and then display suitable advertisements from brokers in the region.

This possibility of analyzing the behavior of users on the Internet makes it possible to display personalized advertisements for which one can charge higher prices than for non-personalized promotions. If a user of an app under iOS 14.5 forbids access to his IDFA, such “tailor-made” advertising can no longer be displayed to him.

Why Is Apple Doing This?

According to Apple, it wants to better protect users’ privacy. The goal of the data protection offensive is to offer users “more transparency, overview, and options so that they can make well-informed decisions and exercise more control over their privacy.”

Business is supposed to be made more difficult for so-called data dealers: Apple points out that such agencies manage on average the information of 700 million people with up to 5000 tracking characteristics each. In addition to location data on home and office, this includes information about which shops you buy and which products you are looking for on the Internet.

Also Read : Apple’s New AirTags In The Test: Like Hitting A Pot With The iPhone

How Do Online Portals React To The Changeover?

Apple’s competitors do not well receive the changes. After all, free platforms such as Facebook, Google, and Twitter earn their money primarily with personalized advertising. Facebook boss Mark Zuckerberg in particular, is angry with Apple. The social network can still classify the preferences of its users based on likes, subscribed pages, and click behavior. But with the advertising tracking bar, the web will no longer be able to link this data meaningfully with data from other providers. The company assumes that advertising prices will collapse by up to 50 percent.

A Facebook spokesman told SPIEGEL: “We do not agree with Apple’s approach, but will show their request for consent and of course also respect the choices made by people.” In January, Zuckerberg had expressed explicit criticism of Apple’s plans, and the group referred to as “one of our most significant competitors. ” Google is also bowing to the changes and has announced that it will no longer access the advertising ID and will therefore not introduce an app query.

Facebook wants to convince its customers that you will get better advertising and support small business owners if you agree to the tracking. “It is important that people understand that personalized advertising supports the small businesses in their area and enables apps to be made available free of charge,” says a Facebook spokesman.

“From my point of view, that’s the case,” says lawyer Louisa Specht-Riemenschneider to SPIEGEL. “Users have the option of stopping advertising tracking with a single, easily recognizable button.” This helps to increase transparency. “Many users are unlikely to be aware of how much data is collected about them through advertising tracking,” says the professor from the University of Bonn.

The permanent and systematic advertising tracking, from which personality profiles can be created, and behavior can be predicted, is particularly dangerous. Louisa Specht-Riemenschneider also points out that in many cases, advertising tracking is only permitted if the users give their consent after they have been informed. Therefore, the “iPhone button solution, in my opinion, is even necessary to establish this level of information.”

Does Apple Want To Weaken The Competition?

According to Facebook, Apple is not concerned with data protection but with profit. The accusation: Less highly personalized ads are no longer so financially interesting for app providers who finance themselves through advertising. According to a blog post, the directive will hit many small businesses hard as they have to switch from advertising to subscriptions and in-app purchases.

In addition, sales by small companies and publishers via online ads would collapse by 60 percent. “This approach harms small businesses and publishers who, due to the pandemic, have their backs to the wall anyway.” Facebook will be hit, but not as hard as smaller companies.

Apple is vehemently opposed to these allegations. “We do not see that small companies will be disproportionately affected,” said Apple software boss Craig Federighi a few months ago. There were similar “whining and screaming” when Apple introduced tracking protection for the Safari browser. The sales have increased anyway.

Is Apple Gaining A Competitive Edge?

According to a report in the Financial Times, Apple wants to expand advertising in the App Store simultaneously as the tightened tracking rules are introduced. So far, ads for apps only appear at the top of the list for search queries. For example, if you enter “pizza,” the paid ad for a delivery service appears first. According to the report, paid banner apps will also advertise independently of keywords in the future.

Critics claim that Apple’s apps don’t have to adhere to the tracking rules. The company contradicts this. A spokesman referred to a letter from Apple’s chief data protection officer Jane Horvath to civil rights organizations. The letter from November 2020 states: “Apple does not use tracking for its customers.” According to Horvath, the company does not access user data from services such as Apple Pay, Maps, Siri, iMessage, Mail, HomeKit, or iCloud to display ads to place stocks App Store, Apple News, or the stock market app.

Could The Anti-Tracking System Still Be Prevented?

With the release of iOS, iPadOS, and tvOS 14.5, the new tracking guideline is binding for all app developers. Providers who violate this risk being kicked out of the App Store.