HomeGADGETSApple's New AirTags In The Test: Like Hitting A Pot With The...
GADGETS

Apple’s New AirTags In The Test: Like Hitting A Pot With The iPhone 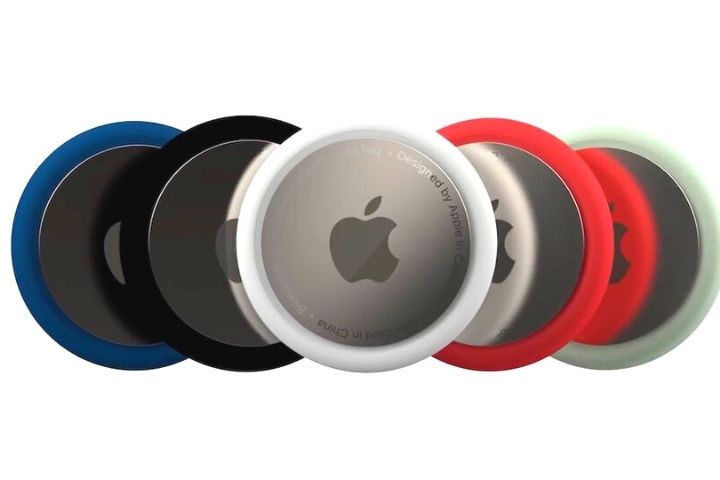 Apple’s newest gadget is unusually inexpensive and helps find lost or stolen things. We went looking for AirTags – which brought back memories of a breeze.

Sometime in the 1980s, keyrings that responded to a whistle were a big deal. If you misplaced your keys, you only had to whistle once, and the critical fob answered with a beep. Depending on how dull the sound was, you knew whether the keys had slipped between the sofa cushions or under the kitchen counter.

But that was earlier. Nowadays, there are much better, more accurate, and most importantly, much more far-reaching ways of finding lost keys and other things. Apple’s idea for this is so-called AirTags. With a price of 35 euros each, they are the latest and cheapest gadget in the iPhone manufacturer’s range.

The functionality is simple for the user. You first connect the sparkling buttons, which look a bit like giant Mentos candies, to your Apple account. Then you put them or tie them to essential things such as keys, suitcases, and backpacks, and in the future, you can locate their position using your iPhone, iPad, and Mac – anywhere in the world, not just within reach of a whistle.

One Seeks All Help

In principle, the system works similarly to that of the tile trackers, which have been around for years, and is based on the principle of crowdsourcing: Every device on which Apple’s “Where is?” The app is installed anonymously in the background as Location and connection point for other devices on which this app runs – now also for the AirTags. According to Apple, almost a billion iPhones, iPads, iPods, and Macs are currently part of this “where is?” Network.

Without the users noticing, these devices use Bluetooth to locate the approximate position of other devices within their Bluetooth range and report them to the network if necessary. For example, you can use the “Devices” tab in the “Where is?” App to check where you left your iPhone. If you mark a device as lost in the app, you will be notified as soon as it is found by the “Where is?” Network.

So far, this position information has been relatively rough for most devices because precise positioning is not possible with Bluetooth. But with the U1 chip, which Apple is installing in the 11 and 12 series iPhones, the Apple Watch Series 6, the HomePod mini, and now also in the AirTags, things are different. The new chip uses what is known as ultra-broadband radio (UWB, Ultra-Wideband), which enables a transmitter to be localized to within a few centimeters.

Ready To Use Quickly

The installation of a new AirTag is done in one to two minutes. All you have to do is peel off a protective strip that blocks the battery during transport and place the AirTag next to an iPhone running at least iOS 14.5. A few seconds later, an image of the AirTag appears on the screen. After that, you can connect it to the iPhone at the push of a button, name it and link it to your Apple account.

If you are looking for an AirTag, its approximate position is displayed on a map in the “Where is?” App, and you can have it play a sound. From a distance of around five meters, an arrow on Series 11 and 12 iPhones also shows the direction from which the signal is coming. From here on, the search for an AirTag is reminiscent of hitting the pot: the closer you get to the AirTag, the stronger the mobile phone vibrates. If you are on the right track, the screen turns green, and the remaining distance is displayed in ever-smaller steps.

In the test, it worked well everywhere and always. And not just with AirTags. In addition to these, there are now the first gadgets from other manufacturers that can be integrated into Apple’s “Where is?” Network. Such as the S3 pedelec from the Dutch manufacturer VanMoof, which also contains the technology.

The electrically assisted bicycle, which is already full of technology and controlled by an app, cannot be seen from the outside. But once you have linked it to the “Where is?” App, its position is displayed next to that of critical rings, rucksacks, and wheeled suitcases.

Also Read : Notebook Processor In The iPad Pro: Apple Succeeded In This Surprise.

No Hole, But Lots Of Accessories

Compared to other finding gadgets, such as the tile trackers and Samsung’s Galaxy SmartTags, the AirTags don’t have a hole through which you can pull a string or a key ring. The way they come out of the box, Apple’s find buttons can only be put somewhere, for example, in a wallet or a backpack bag.

To hang them on a bunch of keys or a trolley case, however, you have to buy a matching tag. Apple offers such titles made of plastic for 35 euros and made of leather with a key ring for 45 euros. Some third-party vendors have introduced similar mounts. You can get a simple keyring from Belkin for 14 euros and a luggage tag made of Barénia leather from Hermès for a proud 450 euros.

While the AirTags themselves are not more expensive than the competition products, you will often not be able to avoid buying suitable accessories – even if only to be able to hang your keys on them. The offer is already quite extensive.

After all, if the AirTags run out of power after around a year, you can replace the CR2032 button battery yourself in just a few simple steps. In addition, you only have to spend a few cents or at most a few euros for the new energy storage device.

According to Apple, you don’t have to be afraid of being followed by others because of an AirTag that you carry with you. The position data of the devices are transmitted in encrypted form, they say. Devices that, as part of the “Where is?” Network help to locate AirTags are anonymized.

The situation that someone could smuggle an AirTag into someone else’s clothing or luggage, for example, was also considered. If the app detects that you are carrying the AirTag of another user who is not nearby, it sounds like the “Where is?” Alarm and lets the strange AirTag play a tone. So you can find it – and get instructions on how to deactivate it.

In a way, this works even if you are not an Apple user. Because AirTags that are separated from their owner for a more extended period automatically start playing a tone at regular intervals to draw attention to themselves. If you then hold it up to a smartphone, information on how to contact the owner can be displayed, provided that he has marked the AirTag as “lost”. If there was no such mark, only the serial number and instructions for deactivating the gadget are shown.

👎 No hole for a key ring

Apple’s most straightforward and cheapest gadget is simple to use and makes it easy to locate lost or stolen items very precisely. This is exactly the significant advantage over the otherwise equally well-functioning trackers from Tile. Whether or not it makes sense to forego such a simple detail as a key fob hole for a flawless design is debatable.

The repair experts from iFixit have already tried out whether such a hole can not be drilled in AirTags afterward. Your result: Yes, it works if you remove the battery beforehand. However, one should not expect that the AirTag will still be protected against water and dust after this procedure or that Apple’s warranty services will be retained.